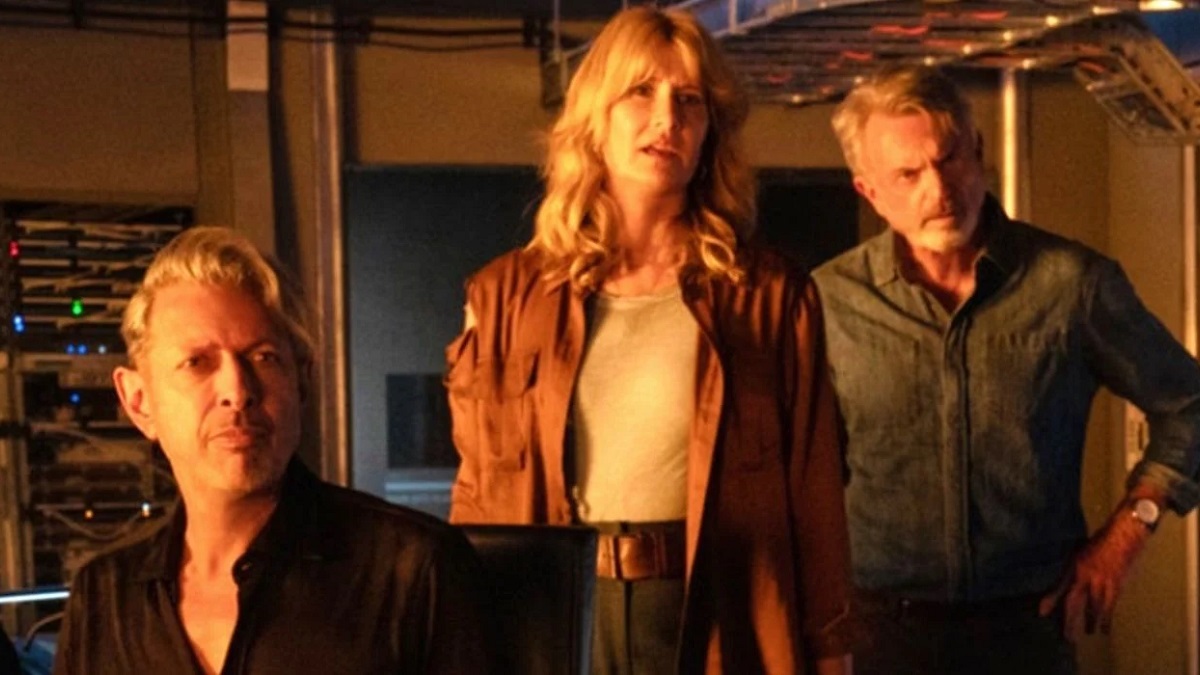 Now that Jurassic World Dominion is in theaters, there’s one aspect of the movie that’s being universally praised by fans, and that is the appearance of Oscar-winner Laura Dern.

We wish we could tell you that Jurassic World Dominion absolutely nailed its seeming promise in the trailers of presenting a critic-pleasing action flick about people battling dinosaurs widely roaming the earth, but as We Got This Covered previously reported, the reception proved largely disappointing from reviewers.

But surprisingly, Jurassic World Dominion fared better with audiences. Though the movie has a dismal 33 percent critical score on review aggregate site Rotten Tomatoes, the audience score for the movie is 79 percent, as of press time. Maybe some of that goodwill from audiences has to do with the return of legacy cast members, including Sam Neill, Jeff Goldblum, and of course, the incomparable Dern.

It was apparently one fan’s reaction that seeing Dern and “cool CGI dinosaurs” automatically gets the film “5 stars automatically.”

This other Twitter user’s recollection of one of Dern’s lines in the movie makes us wonder if they wanted Ellie Sattler to slide into their DM, too.

Another fan was simply obsessed with The Last Jedi star’s choice fashion in the movie.

Another fan of the franchise couldn’t help but wonder, haven’t we been here before? Including with Dern in tow?

Another user contended that simply seeing Dern, Neill and Goldblum just “hanging out” — sans any dinosaurs — might make for a better cinematic experience; that’s how dripping with charisma each of them is.

Ok, this is random, but one fan’s dream is for Dern and Thor star Chris Hemsworth to be an item. Can we make that happen?

For one fan, Dern also proved a heartthrob in this film just as much as she had in Jurassic Park back in 1993.

By the way, can we extend the “hottest person” award to the entire Jurassic World cast? Thank you very much.