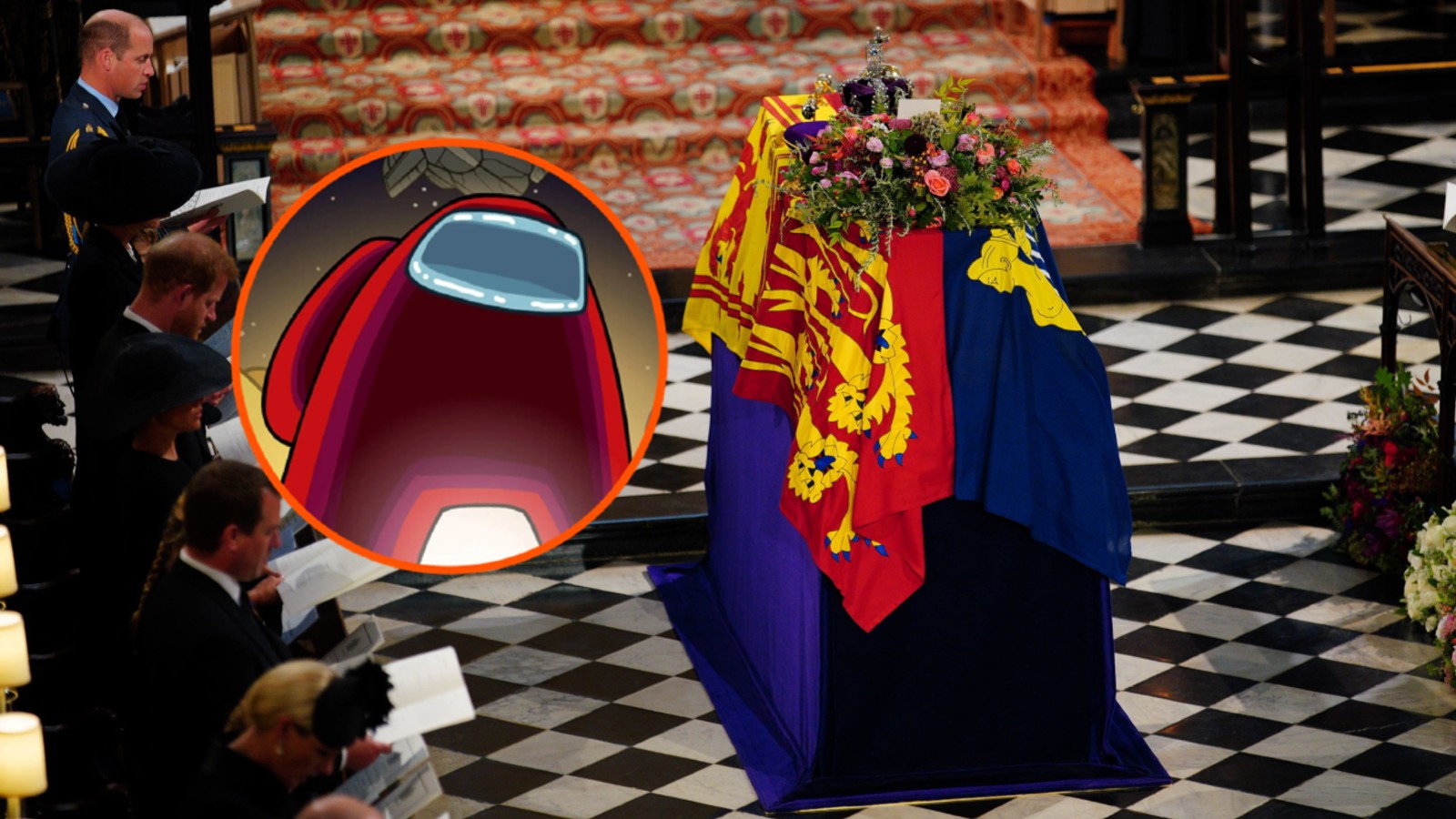 Queen Elizabeth II‘s funeral and a reference to a viral video game have converged in an unexpected way after the live stream of the late matriarch’s procession accidentally included a reference to the asymmetrical multiplayer game Among Us.

As pointed out by a Twitter user, in a post that has since skyrocketed in popularity on the social media platform, the auto-generated subtitles for the funeral inadvertently capitalized the phrase “Among Us” when it was mentioned as part of the eulogy.

“[C]rying at the fact that the queens funeral accidentally capitalised the auto subtitles when it said among us,” the user said.

Incredibly, this isn’t the first time the topic of gaming has converged with the late monarch, as it was recently revealed she owned a gold Nintendo Wii console. What’s more, Skyrim fans were taken aback when the official Twitter account for the estate of the late David Bowie made an announcement related to mourning the Queen in a font that looked suspiciously like a new quest getting unlocked in the open-world game.

The Twitter user who pointed out the unintentional Among Us reference seemed a bit worried about their tweet’s now-viral status since they live in the U.K.

“I WENT TO WALK MY DOGS AND IT HAS GONE FROM 100 LIKES TO 8K GUYS PLEASE STOP SHARING I AM A BRITISH INDIVIDUAL THEY WILL HUNT ME DOWN FOR LAUGHING AT THIS PPLEASE.”

The user went on to say a suspicious-looking character, who perhaps wouldn’t be out of place in the Among Us game, had dropped off a package at their house shortly after the tweet went viral.

Check back in with We Got This Covered for any future stories about how the topics of the British royal family and gaming converge.