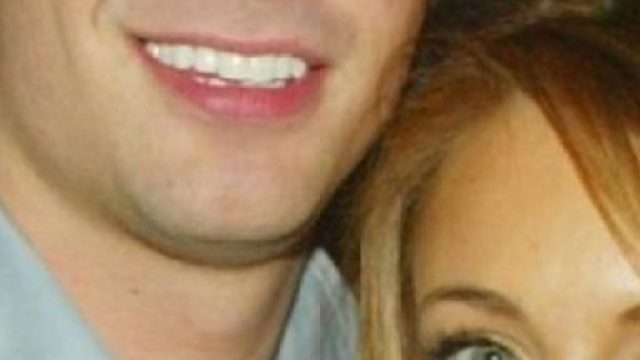 Jonathan Bennett is sharing his Christmas wish with fans this year, and if you want to know what he’d risk making it happen, it’s safe to say that the limit does not exist. So, what is Bennett hoping Santa Baby brings him under the tree this year? The script for a Christmas film with his Mean Girls lover, Lindsay Lohan.

If you’ve got visions of Cady and Aaron dancing in your head now, you’re not alone. PEOPLE notes that Bennett says it’s his dream to do a Christmas movie alongside the co-star that had him running to the projection room above the auditorium and chasing robbers through the halls of North Shore High School.

“My dream and my goal is to get to do a Christmas movie with Lindsay Lohan and reconnect for the holidays. I think it would be so much fun! I would totally do the ‘Jingle Bell Rock’ in the movie with her.”

Christmas just doesn’t feel like Christmas without the Jingle Bell Rock. We’d love to see Bennett decked out in his own Santa Claus garb alongside Lohan as they dance the dance that we’re not afraid to admit we’ve memorized and most absolutely put on a show of our own with when we hear the song in the comforts of our own home.

Bennett continued with a chuckle, referring to himself as the King of Christmas and inviting Lohan into the holiday family.

“As the self-proclaimed King of Christmas, I, with my authority, graciously welcome Lindsay Lohan into the Christmas movie world, and I hereby declare this year, Lindsay Lohan’s Christmas year.”

It feels like Lohan’s Christmas year, as her latest film was a Netflix holiday original, Falling for Christmas, in which she stars alongside Chord Overstreet. The movie has received great reviews from long-time Lohan fans, those who love Christmas movies, and all of the love, romance, and big city-turned-country living storylines. Lohan was full of confidence as she embraced the premiere with a radiant smile; here’s hoping we see her and Bennett partnered in next year’s can’t-miss instant holiday classic.

Hey, if Gretchen Wieners can make fetch happen, Bennett can bring Lohan into his holiday bubble.