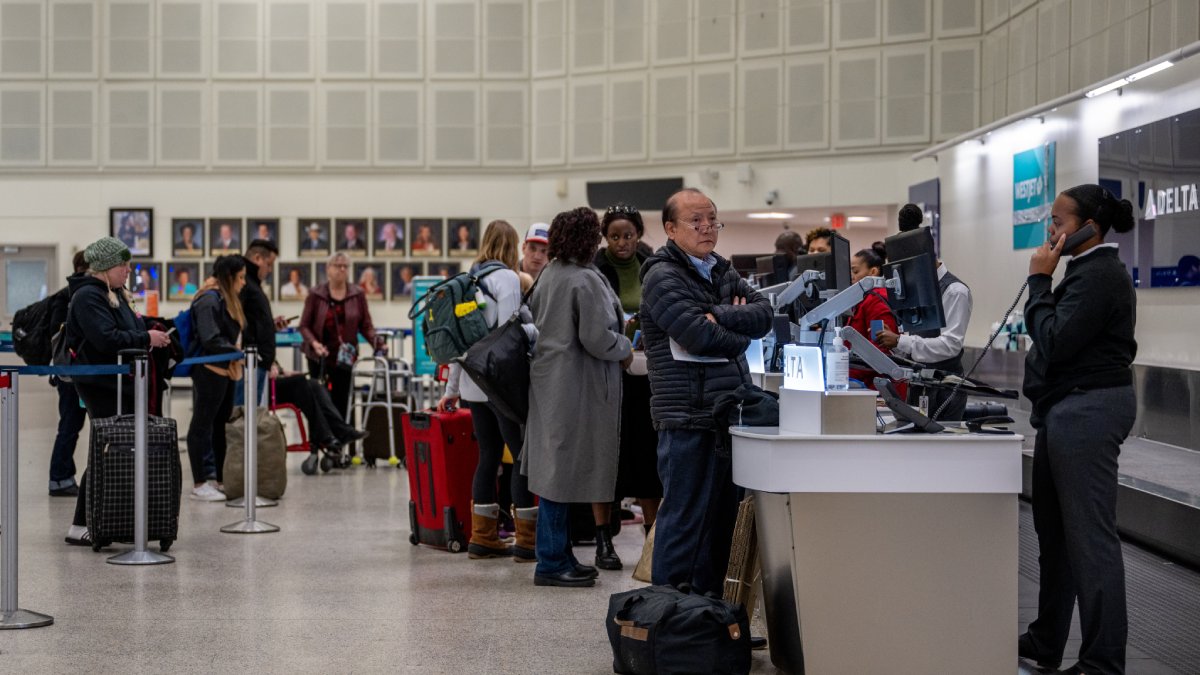 Travel can be one of the most stressful parts of the holidays, and the 2022 post-Christmas travel window is unlike anything we’ve seen before. With over 3000 flights canceled just today, Southwest Airlines has grounded travelers across the United States, rendering them unable to return home or travel to see friends and loved ones.

Those attempting to fly are sharing their stories of strife and heartache on social media, with TikTok highlighting the chaos happening at airports around the country.

Beginning on Dec. 21, a winter weather storm began forming across North America that lead to below-freezing temperatures across most of the continental United States and Canada. In many states with life-threatening windchills and ice, states of emergency were declared, and ground travel became almost impossible. Interstates and highways were impassable, and air travel was also suspended. These early suspensions played into what’s being called the Southwest Meltdown travelers are experiencing today.

The phrase “meltdown” might be downplaying the situation, leading you to believe that there are simply aggravated travelers storming counters at your local airport. However, the situation is much more dire than that. People across the country are stranded at airports, and as Southwest flights continue to be cancelled, other airlines are dealing with an influx of passengers attempting to get home at any cost. Emotions are high, rightfully so, and panic is beginning to set in as everyone from single travelers to families tries to get to where they belong safely.

Of course, this leads to other companies struggling to cope as weary travelers try to find a solution to being stuck, and even on a good day, this would lead to an array of issues. These problems have been further intensified because of the winter storm, already bustling airports due to the holiday season, and even fuel issues in the days leading up to Christmas.

“This is the worst round of cancellations for any single airline I can recall in a career of more than 20 years as an industry analyst.”

TikTok account Casey on the Case gave an in-depth look at why Southwest is experiencing so many issues booking customers on flights and ensuring their timely arrival to destinations for holiday travel. Southwest operates on a different system than most other airlines, and when even one flight isn’t on time, many others are affected.

Reading it all in a series of tweets or online posts doesn’t do the story justice, and travelers aren’t afraid to share what they’re experiencing either. Be it someone just trying to get home to families stuck during Christmas or even those with medical necessities that cannot take care of their health, the situation with Southwest is frightening. TikToker jordan.paige.s shared a highlight reel of the Houston Airport.

Of course, with stranded travelers comes luggage with nowhere to go, and questions about where people should go to locate their bags aren’t being answered. However, oliviacastadly shares that there are thousands of bags just sitting at the baggage claim at the Denver airport as of Dec. 26.

Further highlighting the issues of lost baggage, this traveler with bags already checked in before the flight was canceled had to wait for their luggage to travel to the destination and back before claiming them. Jessijacobsmani shared that they had to wait over two hours to file a request to get their suitcases back, but that was only the tip of the iceberg.

You can feel the stress from travelers sharing their stories of being stranded at airports around the country and unable to get home to their loved ones, and we’re not even the ones living it. Southwest isn’t being transparent about what’s actually going on either, further causing stress to those experiencing the repercussions of the situation.

Pete Buttigieg spoke with CNN‘s Wolf Blitzer and shared a promise that Southwest will be held responsible for the current situation.

“Their system really has completely melted down. I made clear that our department will be holding them accountable for their responsibilities to customers, both to get them through this situation and to make sure that this can’t happen again.”

Calling it bad planning and bad luck, CNN notes that Southwest is the only company struggling with this many cancellations, the next closest airline to having as many canceled fights is Spirit Airlines, with a total of 83.

While many travelers report poor customer service problems, CNN also shares that those who work at airports around the country are admitting to being unable to contact the airline directly.

“The phone system the company uses is just not working. They’re just not manned with enough manpower in order to give the scheduling changes to flight attendants, and that’s created a ripple effect that is creating chaos throughout the nation.”

It’s a truly terrible set of circumstances, and we’re sending our best to those who are dealing with the fallout of the Southwest breakdown across the nation.