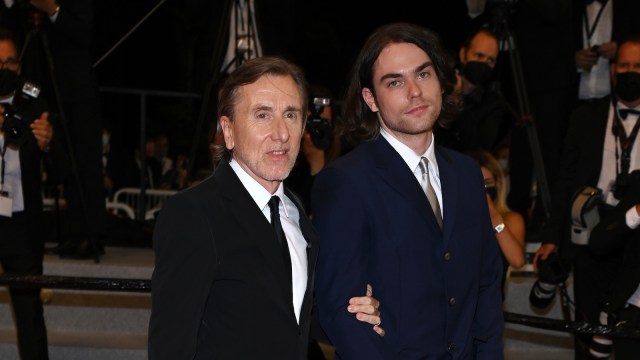 Actor Tim Roth‘s son died at 25 due to a diagnosis of stage 3 germ cell cancer which he only became aware of around this time period last year.

News of musician Cormac Roth’s passing is reported in a new Deadline Hollywood article. Roth died Oct. 16 and a statement from his family says he was a kind soul who they will always remember as the days, weeks, months, and years without him come ahead.

“He was a wild and electric ball of energy and his spirit was filled with light and goodness. As wild as he was, Cormac was also the embodiment of kindness. A gentle soul who brought so much happiness and hope to those around him. The grief comes in waves, as do the tears and laughter, when we think of that beautiful boy across the 25 years and 10 months that we knew him. An irrepressible and joyful and wild and wonderful child. Only recently a man. We love him. We will carry him with us wherever we go.”

Roth is survived by parents Tim and Nikki and brother Hunter. In prior social media posts, he revealed the disease impacted his hearing, and caused weight loss but did not impact his will to survive or love of making music. In his final post on Instagram in August, he told people life is short, but one thing it is important to do is to engage with your passions whatever happens.

“You don’t always get to choose your future but just be an undeniable force that lives and breathes that thing that you claim you love.”

Fans have wished for Cormac to rest in peace and have sent love to Roth and his family in their time of immense grief and deep pain. While Roth does have one project in post-production coming up, it is possible he will be taking some time away from working to grieve.

If you or someone you know is impacted by cancer, donations can be given by heading to cancer.org.