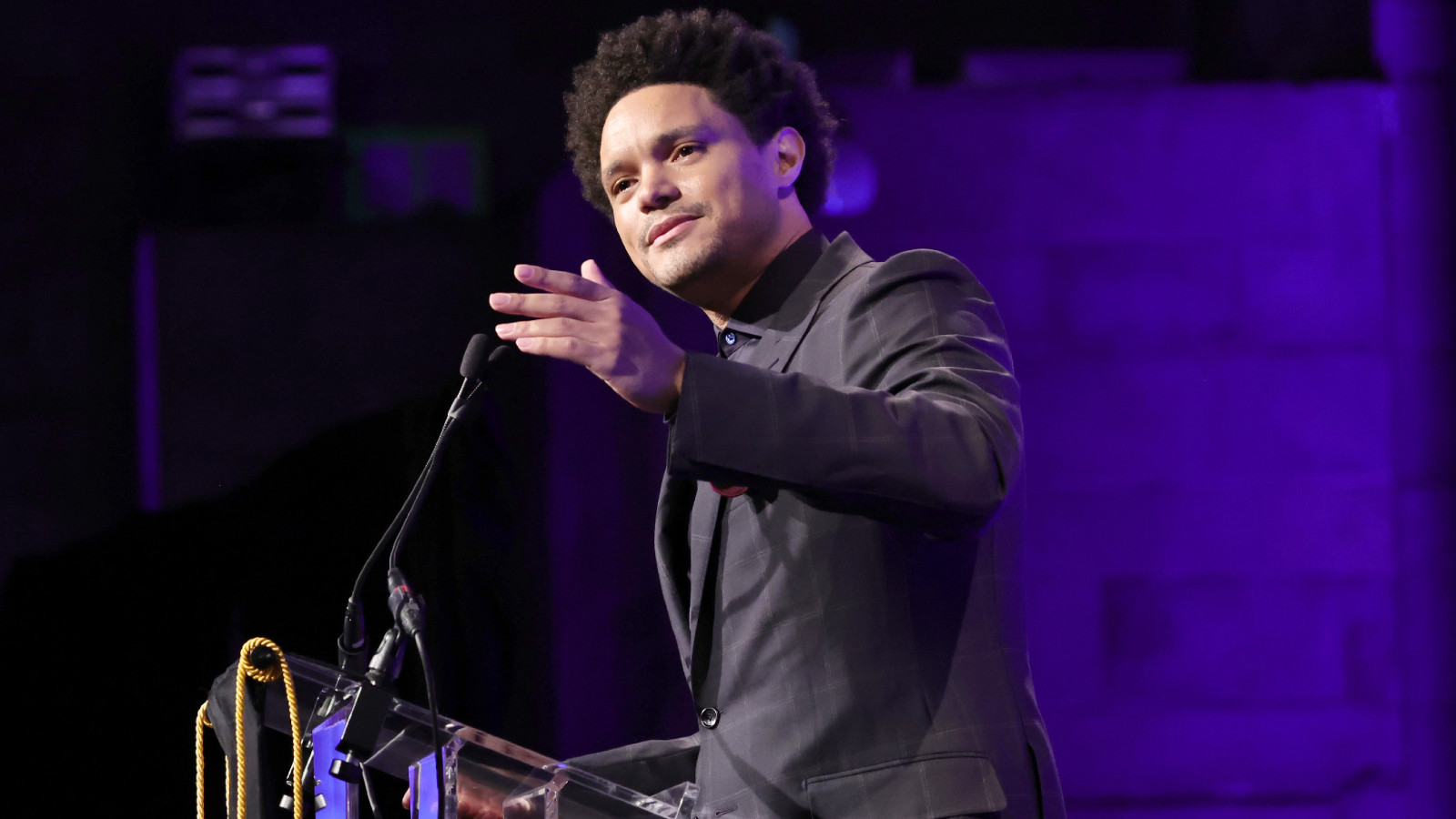 Although most people missed it at the time, Trevor Noah didn’t let Kanye West’s attack on him earlier this week go unnoticed.

On Wednesday, Ye reacted to an unscripted, nearly 10-minute monologue from The Daily Show host, who made an impassioned argument for why the 44-year-old rapper is headed down a perilous road with his ongoing public attacks on his ex, Kim Kardashian, and her boyfriend Pete Davidson. Noah also brought his own life experiences into play, recalling how his mother had been abused by her husband growing up, until the day he got the call that his former stepfather had shot her in the head. (Thankfully, she survived the attack.)

Hours later, Ye’s post was deleted or removed — it’s unclear which happened — and Instagram suspended his account for a whole 24 hours. But shortly before the post vanished, Noah left an honest, lengthy comment about how much West’s music has meant to him over the years, and why it “breaks his heart.”

TMZ obtained a PDF screenshot of Noah’s comment on Thursday, which is presented in full, below:

“Damn, here we go again, everybody saying what’s not for him…

There are few artists who have had more of an impact on me than you Ye. You took samples and turned them into symphonies. You took your pain and through the wire turned it into performance perfection. I thought differently about how I spent my money because of you, I learned to protect my child-like creativity from grown thoughts because of you, shit I still smile every time I put on a seatbelt because of you. You were a serious rapper who knew when not to take himself seriously. You effortlessly brought comedy into music and made us all smile when we rapped along.

You’re an indelible part of my life Ye. Which is why it breaks my heart to see you like this. I don’t care if you support Trump and I don’t care if you roast Pete. I do however care when I see you on a path that’s dangerously close to peril and pain.

You have a right to fight for your family. But you have to know the difference between that and fighting your family. I’ve woken up too many times and read headlines that about men who’ve killed their exes, their kids and then themselves. I never want to read that headline about you.

If you’re just joking about it all and I’m an idiot for caring, so be it. But I’d rather be the idiot who spoke up and said something to you in life, than the cool guy who said nothing and mourns for you in prison or the grave. Oh and as for K**n …clearly some people graduate but we still stupid.

Don’t ever forget, the biggest trick racists ever played on black people was teaching us to strip each other of our blackness whenever we disagree. Tricking us into dividing ourselves up into splinters so that we would never unite into a powerful rod. (I can’t front though, K**n Baya is also funny as shit.)

Look after yourself brother. Hopefully one day we’ll all be laughing about this.”