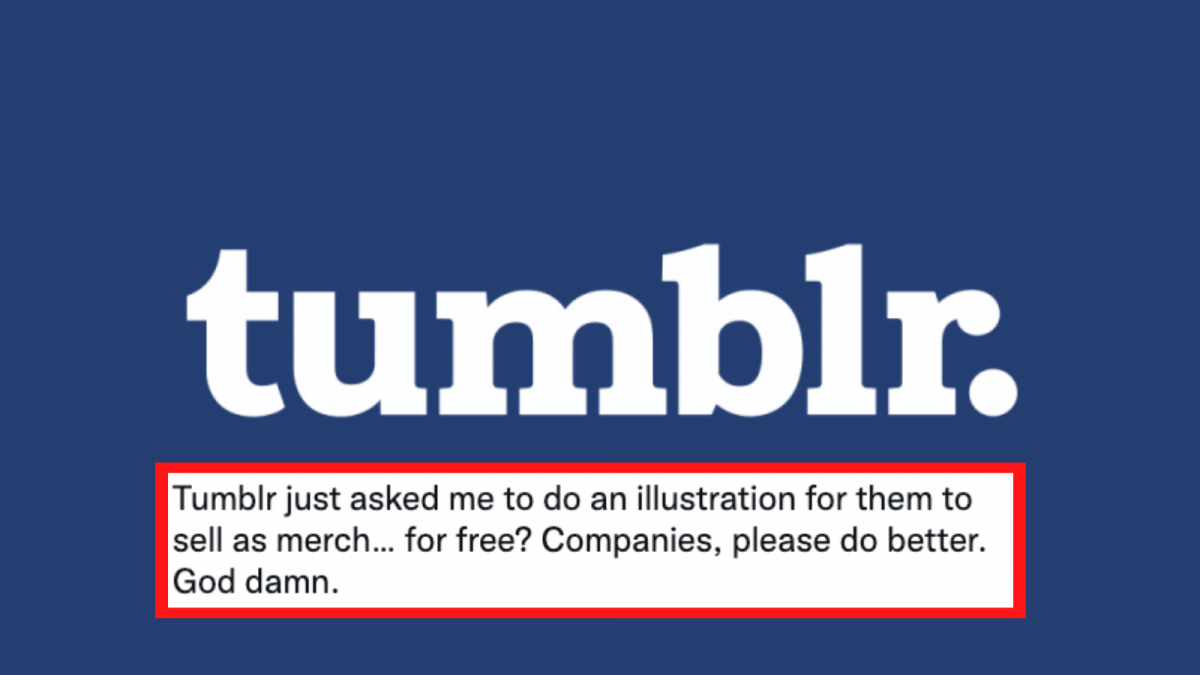 Any artist worth their salt has likely been asked for a freebie by family and friends, and occasionally, if those mooches get lucky and you like them enough, you’ll oblige them – despite the cut into your livelihood.

What artists would likely expect a fair bit less, is for a fairly well-known social media site to ask for a free ride. This is exactly what has happened to Twitter user @LibbyFrame, who was allegedly contacted by the blogging site Tumblr to come up with a custom design for some merch.

The service came back with a stock-standard diplomatic response about there not being a budget allocated for the project, which is quite frankly laughable. But they can offer her a spot in Tumblr’s Radar!! Responses to Libby’s tweet are absolutely annihilating Tumblr’s attempt at having an artist work for ‘exposure’:

While this should be taken with a grain of salt considering the screenshots of the email chain shared don’t show any sort of official affiliation with Tumblr as a company, it’s a common enough plight for the up-and-coming artist to be entirely plausible. Being paid in ‘exposure’ is something creatives are faced with on a daily basis, and unfortunately more often than not, they have no choice but to grasp these opportunities with big brands to pad out their portfolio.

Another common plight for writers in particular is the dreaded scenario of having nobody turn up to a book signing. Fortunately for one author, Stephen King shared some words of encouragement with them after having such an experience.