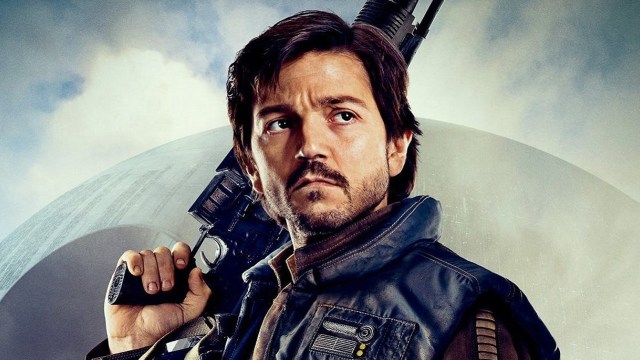 After seeing for themselves what the sinister Emperor Palpatine has stood to gain from turning the galaxy far, far away into his oppressive backyard, the people are rising up to fight back.

That’s where the story of Andor picks up, chronicling the life of thief-turned-rebel, Cassian Andor, who goes on to play a major part in the events of Rogue One and, dare we say, the fate of the Rebel Alliance.

As you can see below, Andor will involve the very early days of the revolution, with reckless fools like Andor boldly defying the Empire and playing at being a hero to fan the flames that would eventually engulf the Empire and all its machinations.

Developed by Rogue One writer Tony Gilroy, Andor takes place five years before the events of the prequel movie and tells the tale of one of its lead characters, the titular Cassian Andor.

Fans are generally retaining their reservations about this new series, not least of all due to the fact that no one really asked for a spinoff project centering around Andor in the first place. That being said, the majority are cautiously optimistic about what this 24-episode series will bring to the fore, perhaps in large part thanks to the reverence the community still has for Rogue One as the best Star Wars movie Disney has produced to date.

The story of Cassian Andor will be told in two 12-episode volumes spanning five years, the first of which is making its way to Disney Plus in August, with the second already greenlit and confirmed to be in development. Furthermore, the first season encompasses a year in the narrative, while the upcoming second takes place over four years, leading directly into Rogue One.

The first two episodes of Andor are slated for an Aug. 31 premiere on Disney Plus.