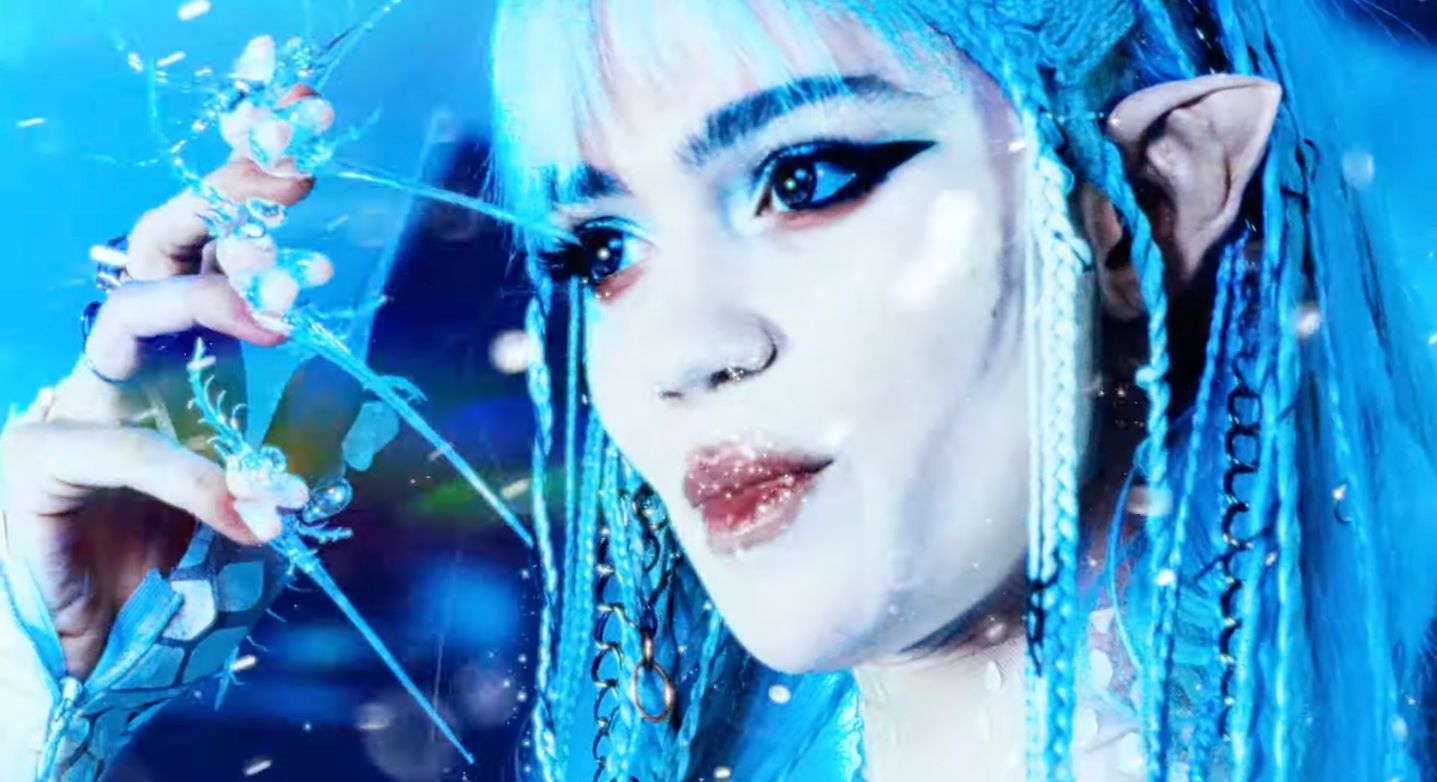 K-Pop? SpaceX? Anime? This new video by Grimes has it all. The singer released a new music video featuring her new song, “Shinigami Eyes.”

The video grabs its title from Japanese folklore. Shinigami are gods or supernatural spirits that lure humans to their deaths. Shinigami in anime have a wide variety of representations. The most popular is the representation seen in Death Note.

Fans of BLACKPINK definitely noticed a cameo in the video featuring Jennie Kim. This adds one more reason to listen to this song and watch this killer video on repeat. Hyperpop musician Dorian Electra and fashion influencer Ryon Wu also appear in the video,

In an interview with Apple Music, Grimes said this. “Basically, I wrote the whole space opera thing, and this is the only song that wasn’t this big narrative plot.”

She also stated that Book 1 is going to be expanded: “made a bunch of stuff, and I just want to make a bunch more stuff. There’s just more kind of sonic, conceptual ideas that I think need to get done to make everything make more sense. And we kind of have two album covers, and it seems like a waste to throw on one of them away.”

If this video hasn’t unlocked your inner, or outer, nerd, then perhaps this next announcement will. Grimes is partnering with the video game Rocket League. She is going to partner for an in-game event called Neon Nights.

The event will feature unlockable items with the immortal space princess Grimes. Of course, the princess will nod to the star herself and her portrayal in the new video. We expect a lot from Grimes this year and this is a wonderful way for her to begin it.