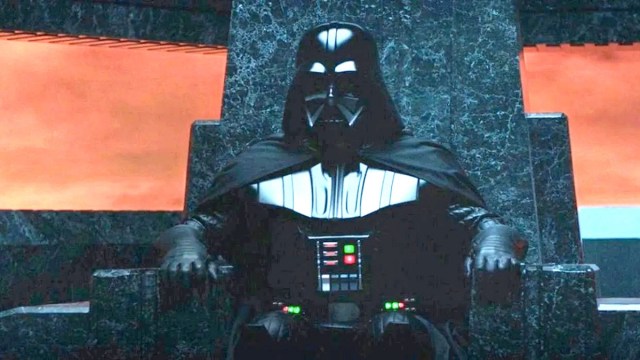 We’ve had a spate of really cool fan trailers lately. From the likes of The Batman, Venom 2 and Halloween 2, to even crazier probably-never-gonna-happen sequels like Interstellar 2 and Spider-Man 4. Long story short, there’s likely a fan trailer to suit everybody’s tastes somewhere out there on the world wide web right now.

For Star Wars fans, though, we’ve just discovered an awesome video that we’re very much hoping to wish into real-life existence. Specifically, the elevator pitch is that it’s a spinoff movie centered on the galaxy far, far away’s most interesting big bad, Darth Vader. Go ahead and check it out up above.

Obviously, thanks must go to talented YouTuber Teaser PRO for this latest concept trailer, as not only does it look and sound on point, but it’s also a totally feasible project for Lucasfilm to tackle in the future, right?

Sure, while George Lucas’ Prequel Trilogy explored the origin story of the infamous antagonist in detail, very little about the big bad’s mysterious later life exploits have been brought to life on the silver screen ever since. Of course, the masked villain previously known as Anakin Skywalker did make a super cool appearance in 2016’s prequel pic, Rogue One. And while he didn’t show up physically in the Sequel Trilogy (I mean, his character is dead, after all), his evil presence still lived on through his dark-side-loving grandson, Kylo Ren.

Personally, the thought of a potential Darth Vader spinoff sounds pretty promising. The only thing I’d insist on, though, is that the film goes for a dark, adult tone. Let’s be real: A movie that centers on one of the coolest bad guys in cinematic history has got to be injected with a wee bit of horror, and some mature themes, too, right?

Sadly, we must emphasize that this is only a really well-made fan concept trailer. Unfortunately, nothing official is actually currently in the pipeline for a Darth Vader spinoff movie as of yet. However, we’ve got our fingers and our lightsabers crossed that one gets given the greenlight soon.

But what say you? Would you be up for a Star Wars film centered on the galaxy’s big bad, Darth Vader? Hop into a TIE fighter and fly down to the usual place below to let us know.