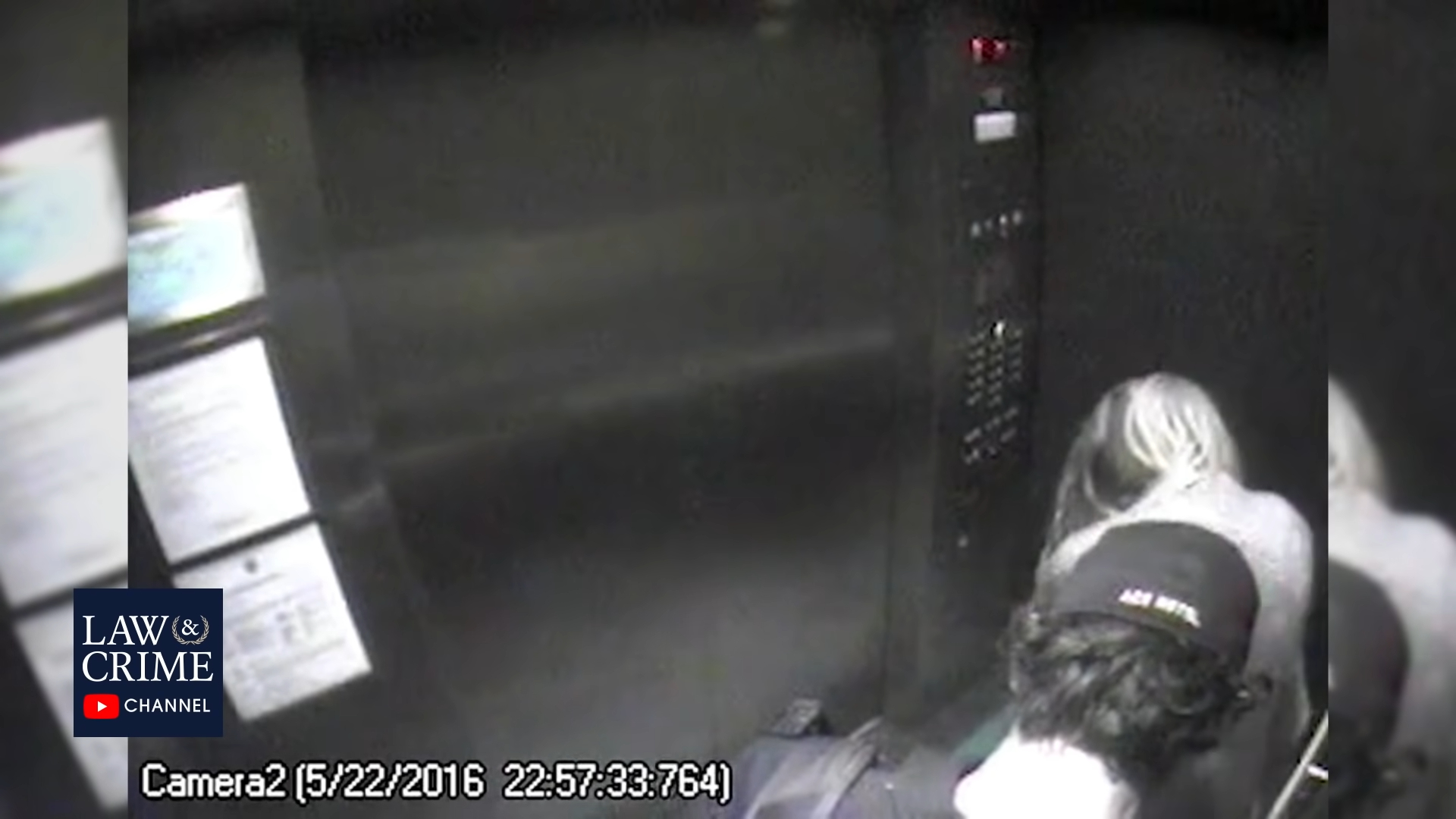 A now-time-stamped video of Amber Heard cozying up to actor James Franco in the elevator of the penthouse she shared with then-husband Johnny Depp is surfacing amid a trial of dueling defamation lawsuits between the celebrities and ex-spouses.

The closed-circuit TV footage of the penthouse is time-stamped as May 22, 2016, a day after a fight between Depp and Heard occurred in which police were called.

Heard testified that May 22, 2016 was also the day she attempted to change the locks to the penthouse. Immediately before the video was played for the jury, Heard said she did not remember the exact day Franco came over to visit.

“Let’s remind you,” Vasquez said, before playing the video.

According to Insider, Heard divorced Depp the following day, on May 23, 2016, prior to obtaining a restraining order four days later.

While the elevator video of Franco, and another video of Heard cozying up with tech mogul Elon Musk, have surfaced in various media outlets in the past, they did not always contain timestamps, until now. A longer version of the video was also previously uploaded to the Law & Crime Network YouTube channel.

Heard maintains she was only ever friends with Franco, with nothing romantic going on between the two. However, Depp earlier testified he believed she was having an affair with the actor. Heard and Franco have shared the screen in the movies The Adderall Diaries and Pineapple Express.

Both Franco and Musk, the latter of whom Heard has confirmed as having dated after splitting from Depp, both reportedly dropped out from testifying in the trial last month.

In terms of the May 21, 2016 fight in question between Heard and Depp, in which police twice responded to 9-11 calls for alleged domestic abuse, police officers who arrived later testified said they did not see any injuries on Heard, that she refused to cooperate, and that they did not detect a crime had taken place.