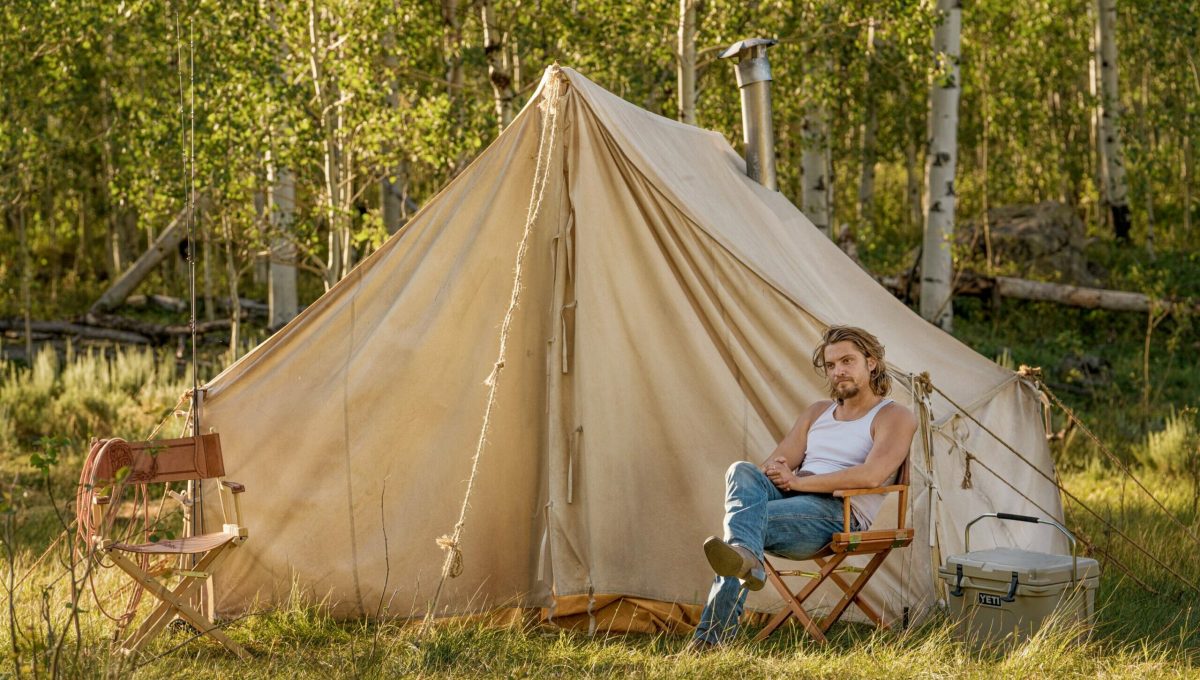 Yellowstone‘s Luke Grimes has released his highly-anticipated first song, and country music fans worldwide are already learning its lyrics and getting familiar with the swoon-worthy tune.

Grimes first announced that he was going to break out into the music realm just months ago, and with the announcement, he also shared that he’s going to be performing at the music festival, Stagecoach. Fans were waiting on bated breath to hear the first notes of his debut song, and he shared a tease of it during Sunday night’s Yellowstone episode.

His song, “No Horse to Ride,” was released today, and fans can’t stop talking about it. His voice and lyrics have been resonating in our minds all day. Some of his lyrics read as follows, and you’ll likely have the song stuck in your head all weekend.

“I’d be drivin’ in the dark with no headlights on
On a one-way highway that didn’t go home
I’d have to borrow from the devil just to pay my dues
I’d have nothin’ worth havin’ if I didn’t have you
I’d be a drunk without a drink to drink
A guitar with a broken string
Without you, I’d be a fallin’ star without a midnight sky
I’d be a train runnin’ out of tracks
Missin’ pages in a paperback
Without you, I’d be the kind of lost that’s hard to find
Walkin’ through this world alive
A cowboy with no horse to ride”

Fans say the song sounds like it was recorded sitting around a fire, and that’s a good thing, and others have already started posting pictures of their significant others on social media with lyrics. Clearly, Grimes knew what he was doing when he wrote these lyrics and decided to melt all of our hearts.

This fan thought Grimes had hit peak hotness, only to be surprised that he got more attractive with the release of his song.

Some fans feel that the song is right out of an episode of Yellowstone, with Grimes sounding like Kayce Dutton.

Other fans were surprised by how good his song was, giving him a shout-out for exceeding expectations.

You can hear Grimes’ new tune on any music platform now and look forward to a full album and more singles in the near future with two big music festivals on the horizon.