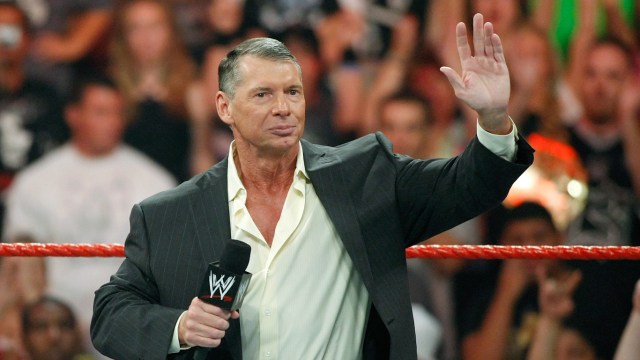 Wrestling fans, the unthinkable has happened: Vincent Kennedy McMahon, Jr., the face of WWE for four decades, has called it quits. In a written statement as reported by CNN, the 76-year-old stated, “As I approach 77 years old, I feel it is time for me to retire as Chairman and CEO of WWE.” Where’s a Stone Cold Stunner when we need one?

Last month, The Wall Street Journal first published a story claiming that McMahon paid $3 million in hush money to a WWE employee with whom he reportedly had an affair. She also signed a nondisclosure agreement to keep quiet about their relationship.

Apparently, that was the proverbial tip of the iceberg, as a WSJ follow up claimed McMahon had paid multiple women a total of $12 million in hush money. The alleged sexual misconduct dates back 16 years, according to the WSJ.

A recurring villain throughout the 1990s and into the 2000s on the company’s signature program, Monday Night Raw, McMahon made a surprise appearance on the show’s June 21 episode. This was days after temporarily stepping down from his executive position while the company investigated the allegations. A week later, he made what was likely his final on-air appearance for the brand he built.

Friday afternoon, McMahon’s statement read, the WWE will “continue to entertain you with the same fervor, dedication, and passion as always.” He also reminded the world that he remains the company’s majority shareholder as he continues “to support the WWE in any way I can.”