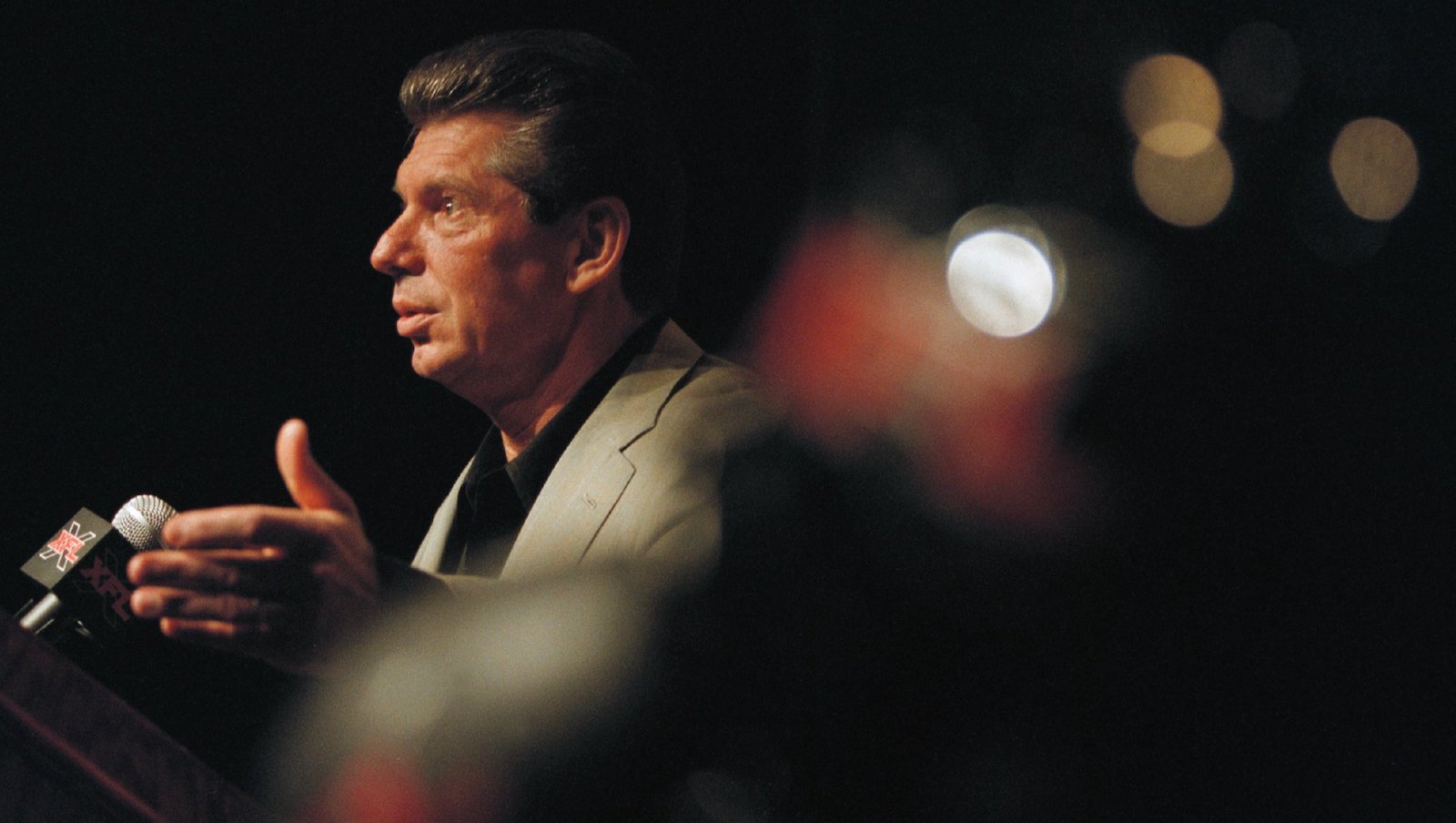 370880 04: Vince K. McMahon, Co-Founder of World Wrestling Federation Entertainment, Inc., addresses the media June 13, 2000 in Chicago. WWF Entertainment officials were in Chicago to confirm that Chicago will be one of eight charter cities to be part of the new XFL football league, which begins play on February 3, 2001. (Photo by Tim Boyle/Newsmakers)

Notorious WWE mogul Vince McMahon is stepping down from his longtime positions as the promotion’s chairman and CEO following claims that he paid millions of dollars to buy the silence of a former employee with whom he is alleged to have had an affair. McMahon’s daughter, Stephanie, will serve as interim CEO and interim chairwoman of WWE while the company’s board investigates the alleged misconduct.

While McMahon will curtail most of his executive functions during the investigation, he will still be involved in the promotion’s creative process and may appear “in character” during matches. According to the WWE official Instagram account, McMahon is scheduled to make an appearance on tonight’s SmackDown. It is not known at this time whether he will address the current allegations.

In a statement reported by The Wall Street Journal, McMahon wrote, “I have pledged my complete cooperation to the investigation by the special committee, and I will do everything possible to support the investigation. I have also pledged to accept the findings and outcome of the investigation, whatever they are.”

Yesterday, the Journal reported a claim that in January, McMahon paid a $3 million settlement to a former employee that he conducted an affair with. The terms of the settlement prevented the ex-employee from discussing her relationship with Mr. McMahon or disparaging him.” The journal also reported that the current investigation has discovered “other, older nondisclosure agreements involving claims by former female WWE employees of misconduct by Mr. McMahon.”

In a statement reported by CNN Business, WWE said it is taking “all allegations of misconduct very seriously.” The company has brought on third-party legal services to assist in the investigation and “conduct a comprehensive review of the company’s compliance program, HR function, and overall culture.”