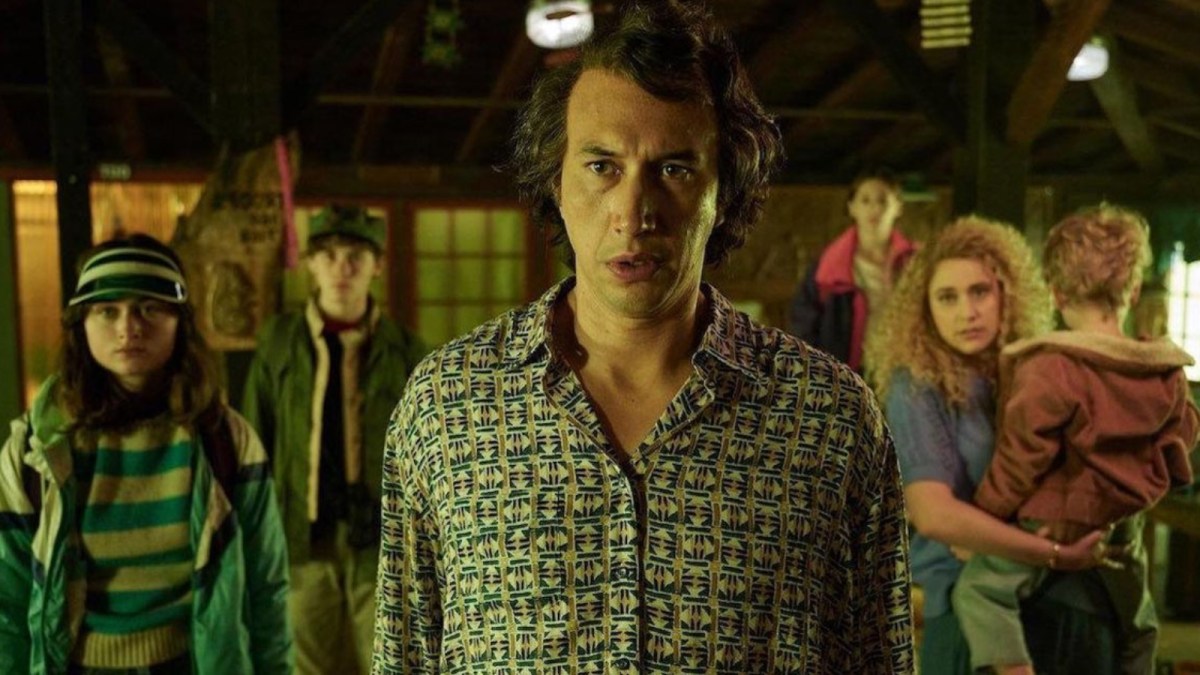 White Noise was adapted for the screen by Noah Baumbach from the 1985 book by Don DeLillo — one of America’s greatest living novelists — and hits Netflix Dec. 30.

In a career spanning over fifty years, this post-modernist has dissected cultural pre-occupations through era-defining literature including Libra (1988), which centered on the Kennedy assassination, as well as Underworld (1997) — a Pulitzer Prize finalist for fiction which many consider to be his masterpiece.

With a narrative that centers on Jack Gladney (Adam Driver) and his wife Babette (Greta Gerwig), White Noise never really works as entertainment. From the outset, Gladney, a professor of Hitler studies, who seems incapable of learning German, obsesses over death while his family pays no attention to each other bandying media preoccupations around like ping-pong balls.

Technology, personal data collection, and the influence of government on individual choices define this film as Jack worries over America’s fascination with consumer culture. His friend and colleague Murray Jay Siskind (Don Cheadle), lectures on people of iconic importance such as Elvis, which makes for one of the film’s more bizarre scenes – as Jack and Murray speak simultaneously on Hitler and The King.

Noah Baumbach employs his camera to circle both men as they intellectually joust, bouncing competing theories back and forth, until Murray acquiesces and Jack takes plaudits from the gathered student body. This is just one example where Adam Driver dominates proceedings, while his equally gifted co-star plays a pivotal part in elevating the material.

Written in the 80s when consumerism ran rampant, television advertising pushed products as an answer to every ill, and AIDS terrified everyone, White Noise was considered a literary call to arms. Today this prophetic breakout piece foreshadows a contemporary culture that is solely reliant upon technology and defines people through personal data.

This is why this film should not only be an effective critique of modern living, with our home office workplaces, social media simulations, and reality-altering applications but should also feel savagely satirical. Instead, it is an airborne toxic event that kicks things up a notch, as the Gladney clan is forced to evacuate their home following a chemical spill.

On the road to no place in particular, conversations rebound around the car concerning the well-being of other drivers. They serve no purpose, aside from seeking to distract audiences, who at this point have probably given up pinning down any definable structure. Being forced to pull in for gas as the toxic cloud looms large, Jack finds himself outside and exposed to these dangerous gases. As his family waits inside anxiously, he fills up the car and gets in without a word.

Like many things in White Noise, this action in itself seems to serve no purpose until the Gladney clan reaches an evacuation center. When asked to submit his personal information for security purposes, Jack is told his exposure to the cloud may have been deadly. The uncertainty of that statement briefly turns this intellectual piece into a satire, as the absurdity of that indecision underpins this whole operation.

However, that is about as straightforward as White Noise ever gets, because Noah Baumbach struggles to wrangle Don DeLillo’s themes into a cohesive whole. His ideas concerning the influence of media and our preoccupations with mortality in a world shaped by personal data simply fail to translate.

That has nothing to do with any of the ensemble cast, who gallantly tackle these expansive concepts laid out through some thought-provoking dialogue, but instead sit somewhere within these intangible topics themselves. Driver and Cheadle may do some great character work here, but ultimately White Noise feels more like an intellectual oddity rather than anything else.

There is no denying that this adaptation tries to tackle the central themes, but for some reason, it never really comes together in a way that genuinely satisfies. All too often, audiences may struggle to make sense of what Jack, Murray, and Babette are doing as each do battle with their own anxieties. In many ways, this Netflix effort diminishes the impact of its source material, as much of the humor is lost and as a result, it ceases to be entertaining.

However, for audiences still intent on diving into White Noise when it hits Netflix, might we suggest a prudent purchase of the Cliff Notes which should be consumed as a standard prior to any screening.