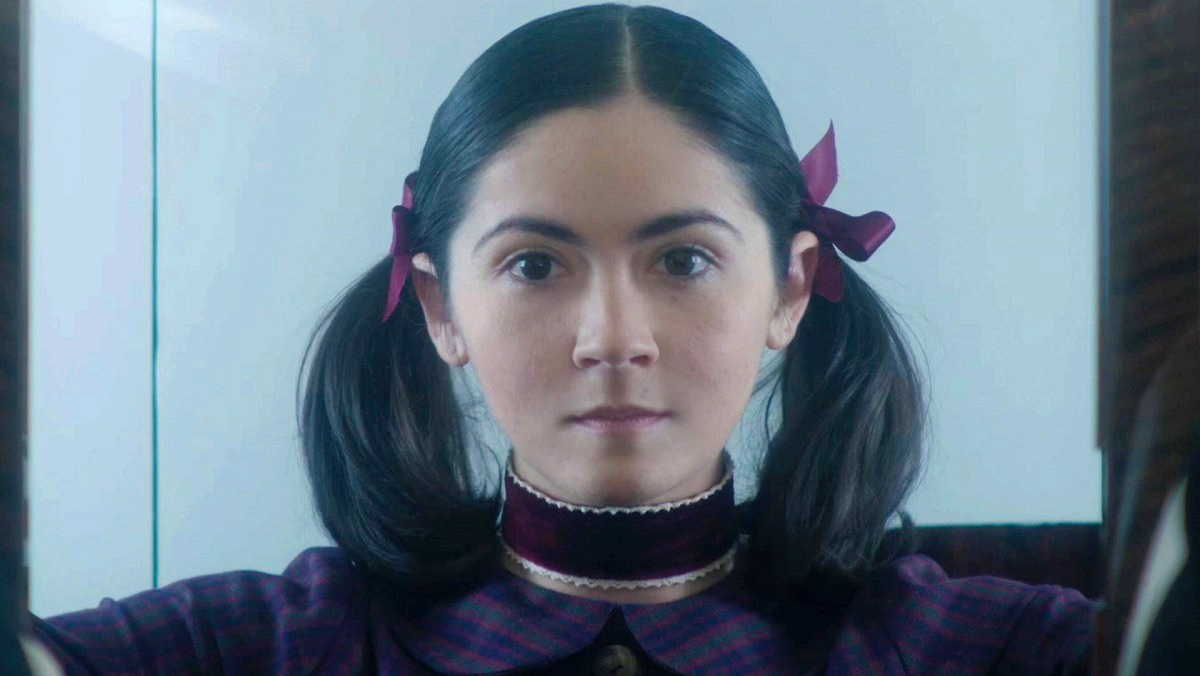 An entertaining prequel that doesn’t skimp on the blood splatter.

2009 saw the release of Orphan, and with it the debut of Isabelle Fuhrman as big-brown-eyed 9-year-old Esther, an orphan from Russia adopted by an American couple who recently lost their baby. Charming and intelligent, Esther is all they could ask for until strange events and accidents occur.

In a shock twist, it is revealed that Esther’s identity is that of a 30-something-year-old grifter and killer who has left a pile of bodies in her wake. The twist in Orphan was a clever one that set it apart from other killer-kiddie horror movies. It is also a twist that can only be done once.

It is a pleasant surprise, then, to find that Orphan: First Kill has its own twists up its blood-stained sleeve. Directed by William Brent Bell, Orphan: First Kill begins in the Saeme Institute in Estonia, from which Esther (a returning Fuhrman) escapes in a thrilling one-shot sequence. Posing as the missing child of upper-middle-class American couple Tricia and Allen Albright (Julia Stiles and Rossif Sutherland), Esther is welcomed “home” only to find a fierce adversary in Tricia, a mother who will do anything to protect her family.

Orphan: First Kill wisely positions Esther in a different angle that allows her to be more than the typical “bad seed” character. First introduced in an insane asylum where the resident doctor declares her to be “their most dangerous patient”, Esther lives up to her reputation with a succession of bloody kills. The film’s varied twists and turns bring different shades to Esther, while also taking Orphan: First Kill to a new level of suspense and fun, along with a good dose of silliness as it embraces its B-grade plot.

Fuhrman is excellent as Esther, inhabiting the character with more personality and cheekiness compared to the first movie, which makes this pint-sized psychopath a tad more human. Julia Stiles, who previously portrayed the mother of an evil child in the 2006 remake of The Omen, is also fun as a protective mother who has a mean streak of her own.

Plenty of blood splatter brutality throughout Orphan: First Kill will satisfy gore hounds looking for their next fix. Bell, who previously directed the similarly themed The Boy and grizzly werewolf film Wer, proves to be a deft hand at creating tension without resorting to cheap jump scares.

An entertaining prequel that doesn’t skimp on the blood splatter.