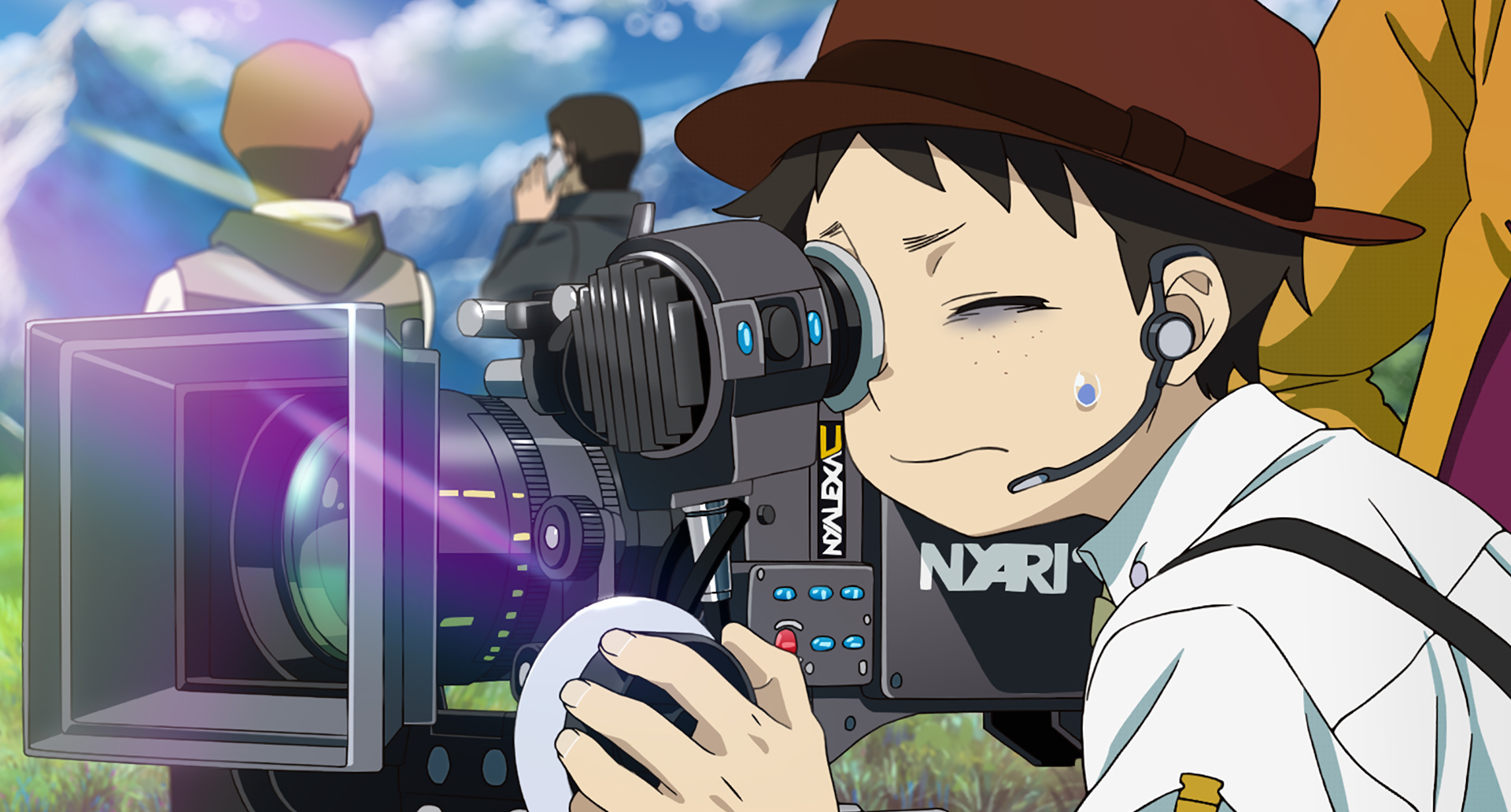 Image via GKIDS
Review of: Pompo the Cinephile

'Pompo the Cinephile' makes for a comedic romp through America's film industry in this wonderfully animated feature from studio CLAP and Takayuki Hirao.

Nearly a year after its Japanese debut and an Annie Award nomination later, Pompo the Cinephile is finally arriving in North American theaters this week. Based on the shojo manga by Shogo Sugitani and directed by Takayuki Hirao, the Madhouse and ufotable vet best known for God Eater, Pompo is a witty and deft ode to Hollywood. Or, to a better version of it, at least.

Gene (Hiroya Shimizu and Christopher Trindade) is a nerdy, aspirational production assistant to Nyallywood’s premier B-movie producer and resident anime girl, Pompo Peterzen (Konami Kohara and Brianna Gentilella). While he’s worked toward making movies his whole life, Gene feels thrown into the deep end when Pompo tasks him with producing her next film, which is no B-movie. Pompo’s written an Oscar-bait blockbuster drama titled Meister about a fierce musician who learns to love music and life again thanks to a farmhand in the idyllic European countryside.

Nyallywood, as you’d correctly guess, is an anime cat-themed Hollywood, replete with a namesake mountainside sign, walk of fame, and big award show that only feels a little weird to see following recent events. Like Shirobako, the cute girls doing cute things anime about producing anime, Pompo the Cinephile is a work-themed anime that romanticizes a fraught, exploitative industry — and it makes a deeply compelling vision of creative expression under that system. While championing the artistry of underdogs in the industry, particularly the young adults whose only in is their devotion to the medium itself, Pompo the Cinephile keeps the motivations and ambitions of its characters relatable. They’re not stars seeking fame; they’re not artists trying to change the world; they’re just young professionals working within the studio system trying to establish themselves however they can.

Based on Sugitani’s original artwork, character designs from Sword Art Online’s Shingo Adachi shine in motion. Adachi captures Pompo’s outsized presence in any room, corporealizes self-doubt in Gene’s slinking frame, and balances the ideals of beauty juxtaposed in the film’s two actresses, Mystia (Ai Kakuma and Anne Yatco), the established, blonde action-movie star, and Natalie (Rinka Ōtani and Jackie Lastra), the nobody girl taking up odd jobs between failed auditions. And none stands out more than the larger-than-life superstar Martin Braddock (Akio Ohtsuka and Kenneth Cavett), a Marlo Brando-esque celebrity whose design veers close to realism to capture his domineering aura and general Americanness.

While GKIDS produced an English dub for the theatrical release, the screener We Got This Cover reviewed only featured Japanese-language audio with subtitles. Both voice casts, however, star actors with little experience dubbing — and that’s not the only nod to the fourth wall that adds charm, if not much depth, to the film.

Pompo the Cinephile is studio CLAP’s first big international splash, and it was only the studio’s second feature-length production when it first released. Now, the alluring film adaptation of The Tunnel to Summer, the Exit of Goodbye, is on the horizon. From the impression Pompo makes, I suspect the simmering excitement for the studio’s future projects will only grow. And like Gene, Hirao pulls off all this and more in just 90 minutes.

Pompo the Cinephile premiers in U.S. theaters April 27 and April 28 via GKIDS.

'Pompo the Cinephile' makes for a comedic romp through America's film industry in this wonderfully animated feature from studio CLAP and Takayuki Hirao.