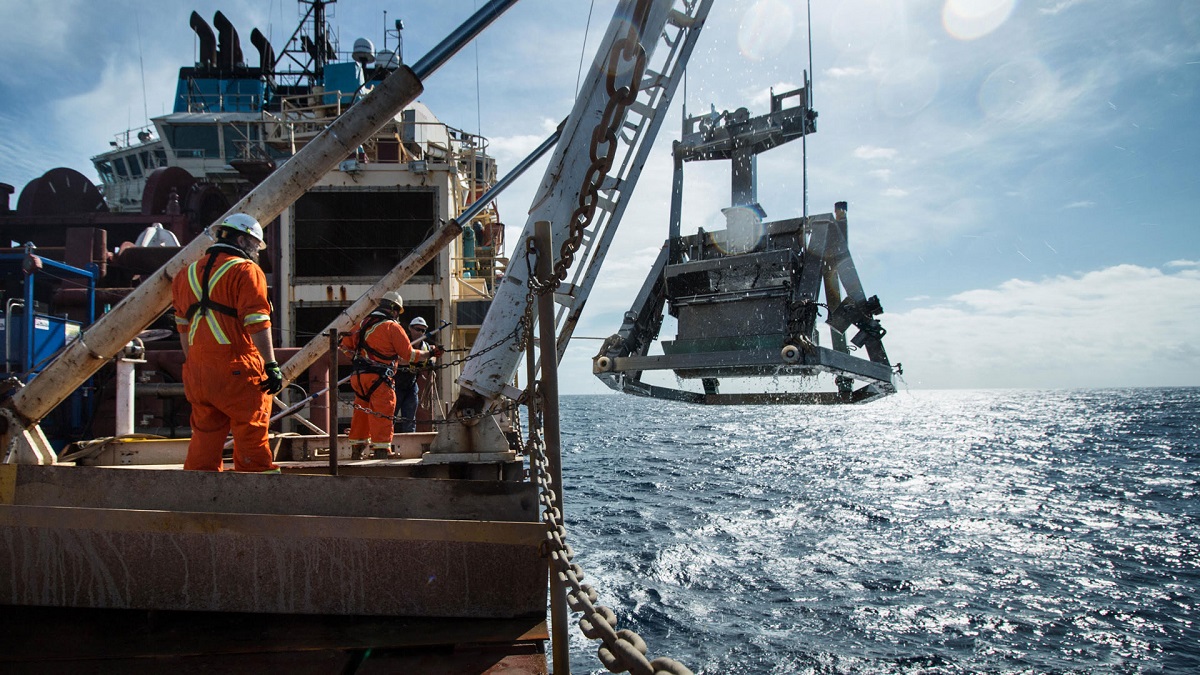 Plunging into the depths for this tragic tale of extreme sports gone wrong, The Deepest Breath comes to Sundance with an intention to educate and enlighten.

Written and directed by Laura McGann, it tells the tale of Steven Keegan and Alessia Zecchini, who both shared a passion for professional free diving. With stock footage taken by fellow competitors, attendant safety teams, and event organizers this documentary puts audiences in the driving seat.

Through the use of home movies, family photographs, and talking heads from their respective fathers – McGann slowly fills in the blanks. Keegan grew up without a direction in life or passions to fuel his adolescent unrest. Following the passing of his mother through cancer, his perspective changed, and he set out to grab life with both hands.

Traveling to Ethiopia, Sierra Leone and the Congo amongst others – he absorbed everything through his pores fulfilling some lifelong dreams in the process. However, his globetrotting days were satisfied permanently when he landed in Egypt and began teaching people to dive for a living. His passion it turned out was being in the water, experiencing that endless ocean, and connecting with like-minded people.

No doubt edited from hours of audio, Steven explains his evolution first hand through narration, while photographs, film, and friends do the rest. An approach which gives this picturesque piece of film making an eerie quality, since audiences will quickly sense that things ended in tragedy for someone. Running in parallel to Steven’s journey, a similar story is unfolding in Italy, as Zecchini wills herself to greatness at a young age.

Challenging national free diving records in swimming pools when still only a teenager, Zecchini was hailed as extraordinary early on. Training week in week out up until she was 18, because sporting authorities banned anyone younger competing, she consumed her competition before heading for deep water.

Her greatest inspiration was the legendary Natalia Molchanova, who held the record for female free divers at 101 meters. Not only that, but she had also been one of only two people to successfully swim The Arch, a coral reef formation out in Egypt, which had claimed more than a hundred lives. Itself a stark reminder to even the most physically fit free diver, that this sport could be fatal if not treated with respect.

Steven came onto Alessia’s radar following his swift actions saving Molchanova’s son Alexey, following a blackout in competition. From that moment on they were destined to meet, as Steven had turned his attention away from free diving and now sought to establish the best safety team possible at competition level.

Over the course of this two-hour documentary, writer and director McGann gradually brings these two soulmates together, which culminates in Steven coaching Alessia to break world records. Watching them on film with the narration leading audiences by the hand towards tragedy, it becomes clear that for some people happiness can only ever be fleeting.

Stolen moments of attraction can manifest themselves in the most extreme circumstances, living and breathing within that moment, before dissipating into the ether and consigning themselves to nothing more than memory. However, in the aftermath of Alessia’s world record success in 2017, which saw her plunge to 104 meters, her time with Steven would be abruptly cut short.

How The Deepest Breath concludes is something for audiences to experience on their own, away from critical interference, informing them what they should feel about a certain outcome. The role of a documentary is to educate, inform, and enlighten where possible. Whether The Deepest Breath sought to promote the sport by shaping it around a tragic narrative is beyond doubt, but questions of whether that makes its motives suspect is for another time.

If this encourages a young teenager in need of direction to head off and start getting involved – then so be it. On the other hand, should it promote a reaction from armchair critics seeking to undermine those who took part – just remember that people participate for reasons other than self-interest. It could be argued that for those who took part, The Deepest Breath was done for cathartic reasons, which alleviated guilt as much as anything else.

Sundance Review: 'The Deepest Breath' is a free diving tragedy not without motive

Writer/director Laura McGann opens up the world of free diving to audiences, as she follows free divers Steven Keegan and Alessia Zecchini on their journey. Filled with awe-inspiring imagery, and a heartbreaking real-life tragedy, 'The Deepest Breath' is powerful stuff.