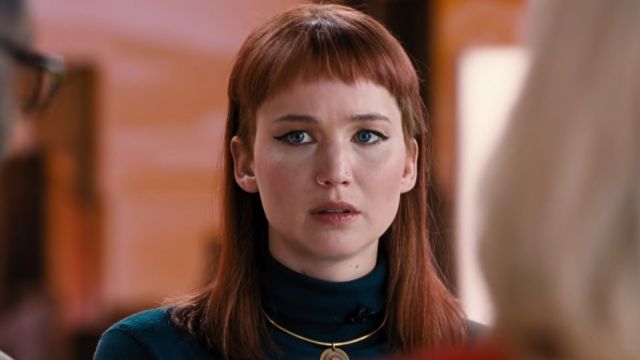 The heatwave in Europe and the UK has been making headlines lately as temperatures have reached over 104 Fahrenheit (40 degrees Celsius). And while people tried to ‘justify’ the hot temperature as a good thing, some have called out news outlets for denying climate change as the cause for these scorching hot temperatures. And to prove this, a viral tweet circulated on Twitter where they compared a morning news segment in the UK to a clip from the Netflix film, Don’t Look Up.

Twitter user @benphillips76 shared a video where he compared the fictitious morning news segment from the film to an actual morning news segment from the UK news channel, GBN. Both told their guest to keep it “light-hearted” and that “it’s not that bad”. Meanwhile, there are multiple signs of impending doom and news anchors and journalist want people to make their audience believe that nothing is wrong.

The tweet received over 129k retweets on Twitter and over 520k likes, as viewers are mad at news outlets who were constantly denying that something was wrong. Other Twitter users began sharing other clips that compared the interview scenes from the film to real-life news segments.

For those who were looking for the other don’t look up interview comparison from April 2022 https://t.co/g0SyaOzqhV

Imagine a world, where the ambient temperature regularly spikes to 120F every three, six, or ten days out of the year.

What will we think about “our lives” at that point?

Do you think your indoor wiring or breaker box won’t trip when you turn on the AC at that temperature? pic.twitter.com/pHLN9tDNYF

For those who haven’t seen the film, Don’t Look Up stars Oscar Winners Leonardo DiCaprio and Jennifer Lawrence as two astronomers who discovered a meteor heading toward Earth. The duo tries to warn both the Government and the public about the impending doom but were eventually mocked. It’s now up to the two to find a way to warn the public about the impending danger approaching their planet.

People are baffled that some deny that something is wrong. While people comment “40 degrees is nothing”, you have to understand that the UK is not Texas or Arizona. Most places don’t have the infrastructure for high temperatures to the point where news outlets such as the Guardian have reported roads and rail lines melting, and around 1500 people across Europe have died due to the high temperatures according to ABC Australia.

These clips show that we are still denying something’s wrong and that this is fine. And as long as nothing has changed, many lives will be at risk. Don’t look up may be a comedy, but art imitates life.

Don’t Look Up is now streaming on Netflix.