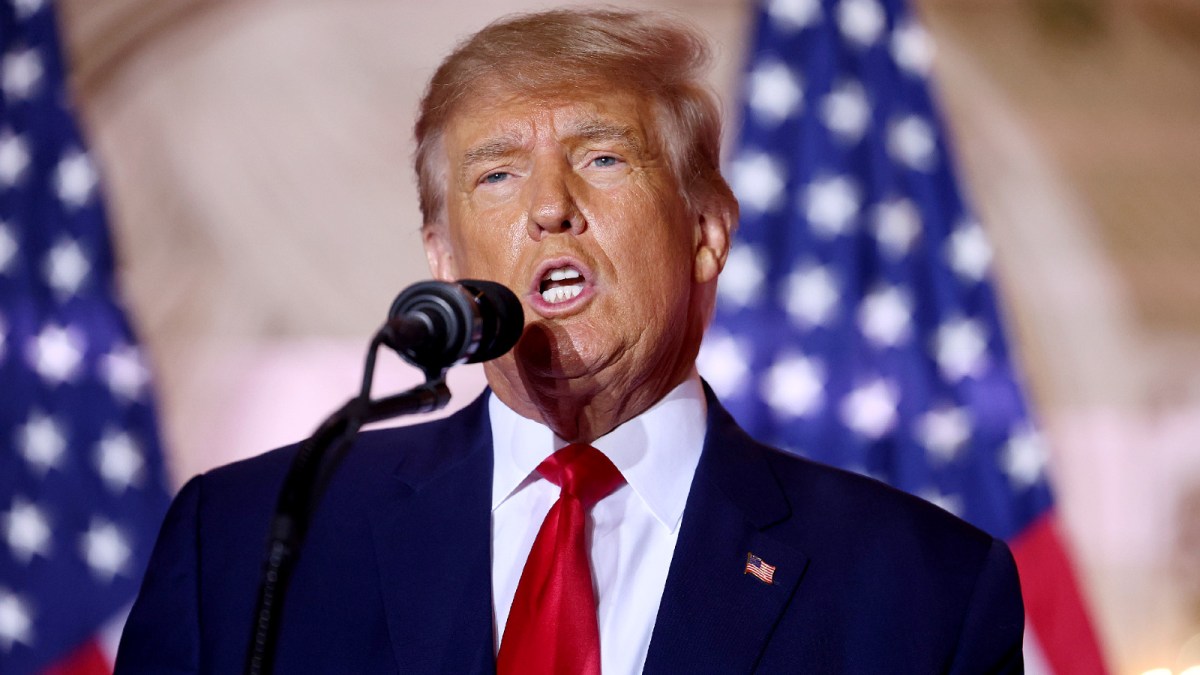 With an already dwindling fanbase, this week’s “major announcement” from former president Donald Trump seems to have officially turned the tides with many of his remaining supporters. And among their ranks is notorious right-wing troll Baked Alaska, who is currently facing prison time for storming the U.S. Capitol building on Jan. 6, 2021.

As we now know, it was revealed on Thursday that Trump’s much-hyped announcement had nothing to do with his 2024 presidential campaign, but involved… digital NFT trading cards. Over on Truth Social, users reacted with a mixture of disappointment and the blinking white guy meme — seeing clearly, perhaps for the first time, the man behind Trump Steaks and Trump University.

On the other hand, Baked Alaska, otherwise known as Anthime Joseph Gionet, tweeted his disappointment from his newly-reinstated Twitter account. (Thanks, Elon!) Gionet is scheduled to be sentenced for his role in the Capitol Hill riots on on Jan. 12, 2023, and is looking at a maximum of six months imprisonment.

“Wait hold up … that MAJOR announcement we were all waiting for is literally Trump trading cards,” Gionet tweeted incredulously, shortly after Trump revealed his latest con. “Meanwhile, Ye is preaching the Bible & defending [Jan. 6] victims … this is why Trump can’t win in 24.”

“I wanted to make America great again but all I got was this sh*tty NFT,” he wrote in a follow-up tweet, with a photo of what appears to be Kanye West wearing a face mask, holding up an image of the Trump cards on his phone.

And then, perhaps most devastatingly: “I can’t believe I’m going to jail for an NFT salesman.”

Gionet, who previously worked at BuzzFeed before courting an alt-right following, was one of the insurrectionists who live-streamed the breaching of the U.S. Capitol. His video footage ultimately provided valuable evidence to prosecutors in identifying and prosecuting other Jan. 6 insurrectionists.

“Come in. Let’s go. Come on in. Make yourself at home,” he was heard telling his fellow rioters in the feed, joining in chants of “Patriots are in control!” and “Whose house? Our house!”

“Trump’s social media announcement while sounding nice is too little too late,” Gionet tweeted later Thursday afternoon. “Trump supporters were censored, deplatformed, debanked, and thrown in jail for being loyalists and very little was done. Sorry to say I love Trump but this is the truth.”

If only someone could have seen this coming!