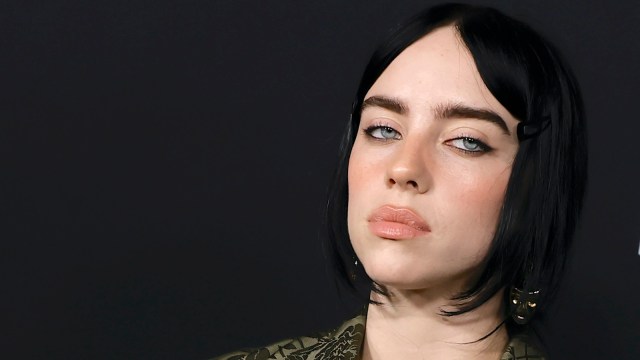 An on-stage glitch during a concert has sent Grammy Award-winning artist Billie Eilish to the elusive realm of TikTok, where the technological hiccup has since morphed into a full-blown viral trend.

Performers are no strangers to mishaps on stage. From accidentally falling over to forgetting fan-favorite lyrics, it’s par for the course for every artist at some point in their career. So, when Billie Eilish performed her song “When the Party’s Over” for a live audience in Sydney, Australia, it’s not really a surprise that the big-screen monitor behind her glitched mid-song. What is surprising, though, is how quickly the internet took the moment and ran, spinning the otherwise funny stumble into an even funnier TikTok trend.

The moment was captured by TikTok user @giomars_. In the video, Eilish can be seen sitting cross-legged on a stool singing into a microphone. Glancing over her shoulder mid-song, she catches sight of a split-screen of herself signing and a random CGI car driving in place. Eilish laughed it off, exclaiming “what the f***.”

In no time at all, the moment eclipsed itself by turning into a viral trend where fans could transpose themselves on the screen behind Eilish in lieu of the car, breeding hilarious iterations that have since garnered millions of views and counting. One video by @ giomars_ has been played over eight million times alone.

TikTok users wasted no time uploading their own iterations. The filter, created by @filtersbyjulia so seamlessly plugs in any video that it’s not hard to believe Eilish’s reaction is in response to whatever’s playing on the screen behind her, however ridiculous.

For the most part, the trend seems to involve people in various stages of embarrassing acts, such as picking their noses or sitting on the toilet.

How to use the Billie Eilish screen glitch filter on TikTok

It’s actually quite simple. Firstly, open the TikTok app and tap the plus icon at the bottom of the screen to open the camera. Tap “Effects” to the left of the record button. In the search bar type “billies concert by julia.” Voilà! – Start recording.

Pro tip: Act surprised. Or don’t, and pretend you don’t know the camera’s on you. Either way it’ll be hilarious. Have fun, kids, but remember to keep it PG.

The only plausible next move is for Eilish herself to weigh in on the trend, as she’s no stranger to recording herself on the toilet (see: her TikTok account). Her addition would only propel this trend further into virality, where the possibilities are truly endless.