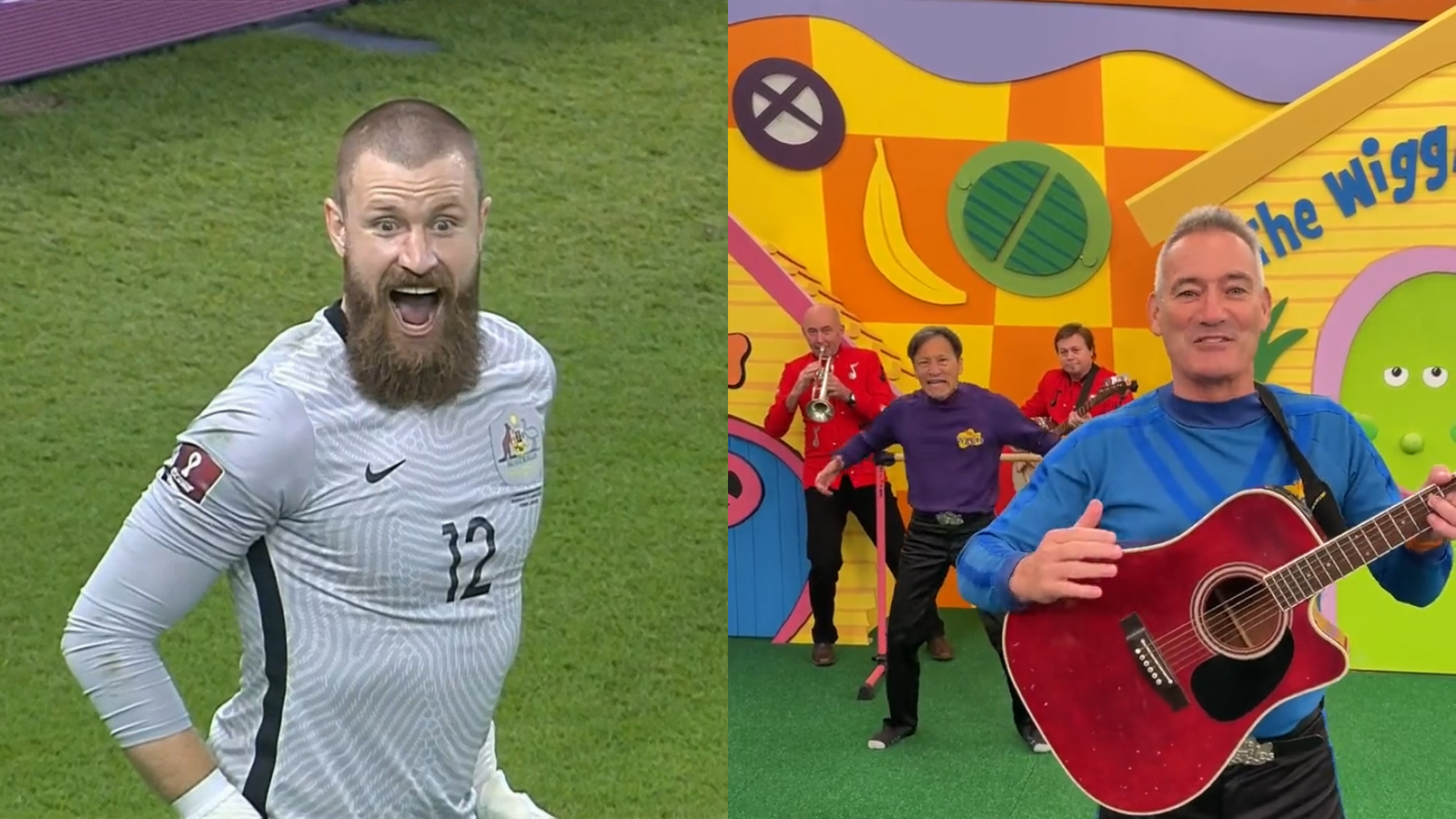 Image: Paramount/10 and The Wiggles

In the early hours of the Australian morning, antipodean Twitter saw the birth of a new hero: the Grey Wiggle.

Fighting it out for one of the last two spots in the 2022 World Cup to be held in Qatar, Australia met Peru. 0-0 after 118 minutes, and with just two minutes of regulation left, Australia substituted its goalkeeper and captain Mat Ryan for Andrew Redmayne. The rest, as they say, is history.

Saving the final penalty in the penalty shoot-out, Redmayne won the “Socceroos” a spot in a fifth consecutive World Cup. How he did it though, has caused a brand new meme harkening back to every millennial’s childhood: The Wiggles. Instead of standing solemnly and statue-esque on the goaline, Redmayne danced around like the famous “hot potato, hot potato” song.

Instantly, it went viral. Memes flooded in like Peruvians with their tears.

It’s not the first time the goalkeeper has done this to put off a penalty taker, with him first adopting it in 2018 while playing for club Sydney FC, even using when the club won the country’s championship in 2019.

Australian sports journalist Samantha Lewis took a screencap of his celebration, dubbing it one of a “man who will never have to buy a beer in Australia again”.

Redmayne’s wife Caitlin later explained that the face he pulled was a tribute to his daughter, who “lights up” upon seeing her father pull the face, hailing the moment as “pretty special”.

Even The Wiggles themselves have sent a congratulations to Redmayne, with the original four returning to do a tribute to Australia’s new cult hero. They’ve even offered an invitation to him to join the group, because sometimes the world deserves nice things.

There’s a good six degrees of separation here as well, with the mental conditioning coach for the Socceroos, Mike Conway, formerly a director and juggler for The Wiggles. Australia really can be a small pond at times.

The 2022 World Cup is set to begin 21 Nov, before climaxing on 18 Dec. in Doha, Qatar. Australia have been drawn into a group with reigning champions France, Denmark, and Tunisia.