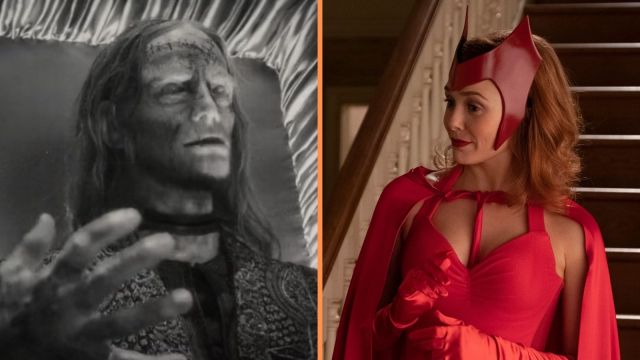 Marvel’s latest foray into another genre comes in the form of Werewolf by Night, and fans are actively trying to work out where exactly it sits in the grand cosmos of the multiverse.

The series has promised a throwback to the early days of horror in cinema, with it emulating the classic Universal Monster films of the 1930s and 1940s. The trailer shown at D23 Expo showcasing its black-and-white film grain aesthetic, which begs many questions to fans about how it works.

A new fan theory thinks it has worked out where it may belong, or at least explain why it looks like it does. Hint: it could be related to arguably Marvel’s best Disney Plus series. Werewolf by Night may just be set in a hex very similar to WandaVision according to Redditor /u/WakeOfTerra on /r/MarvelStudios.

The theory would very much explain the look of the special, as well as its inclusion of several curious characters from the Marvel canon. Man-Thing in particular is important to this way of thinking, with the character one of the most powerful beings in the Marvel Universe. Capable of travelling through the multiverse, his powers are reminiscent of America Chavez who just featured in Doctor Strange in the Multiverse of Madness.

Unfortunately, such a theory does take away from some of the magic of the idea. The concept of Werewolf by Night is something completely new to the table in the MCU, and learning it’s all part of another WandaVision-esque spell would make the stakes nowhere near as high.

Though for fans of Man-Thing, they’ll just be glad to see the big green swamp creature in the series when Werewolf by Night streams exclusively on Disney Plus from Oct. 7.