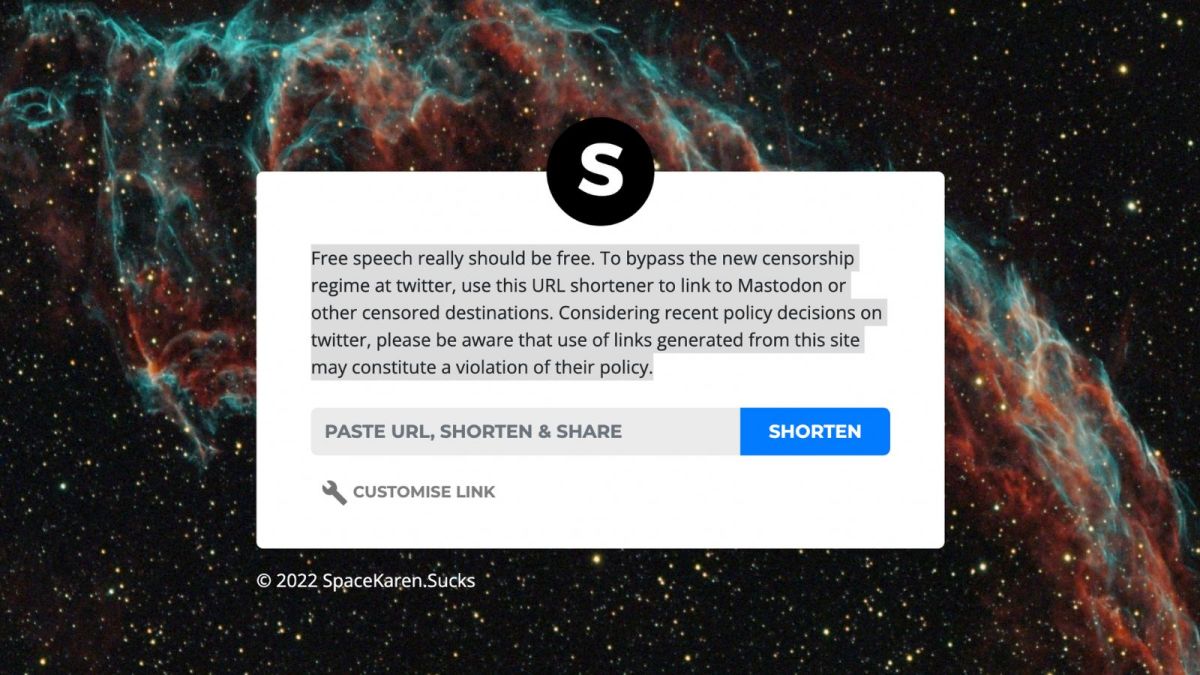 Twitter‘s latest policy change made it difficult for users to promote their social media accounts. Fortunately, someone managed to launch a service to help bypass the site’s newest rule change.

The website believes that “free speech should be free” and that Twitter’s newest changes are just another form of “censorship.” However, users were warned that they may still be at risk if Twitter catches them trying to bypass its newest policy using the site.

“Free speech really should be free. To bypass the new censorship regime at twitter, use this URL shortener to link to Mastodon or other censored destinations. Considering recent policy decisions on twitter, please be aware that use of links generated from this site may constitute a violation of their policy.

Users found it absurd that even third-party link-sharing services, such as Linktree, were also not allowed on the website. This made it harder for creators and entrepreneurs to share their content and business.

Musk apologized for “not consulting with the community” before these changes were put into place and promised next time that he would do better and let them know beforehand.