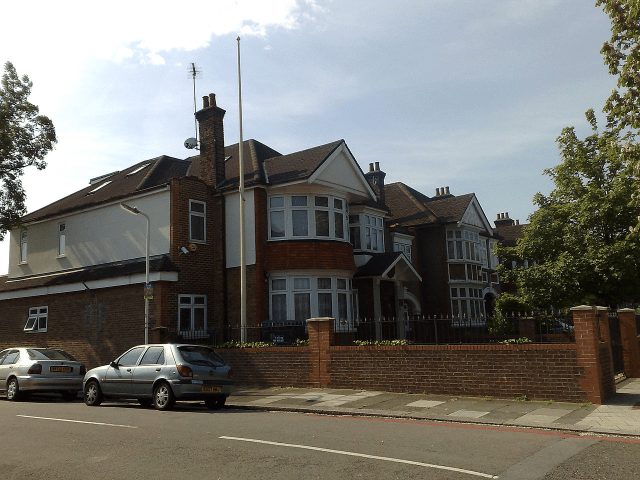 Perhaps the North Korean ambassadors in the United Kingdom failed a Stealth check, or maybe the thought process behind their endeavors simply goes beyond Western comprehension. Nevertheless, it’s equal parts bizarre and hilarious that the United Kingdom’s North Korean embassy sets up shop in a detached suburban home in London’s Ealing district, and when an Ealing local brought it to the attention of Twitter, the internet was all but ready to have a field day with it.

The property was first purchased by the North Korean government in 2003, paying £1.3 million for the seven-bedroom home. Ever since, the property has apparently garnered quite the collection of rugby balls.

But it’s not just London-based North Korean embassies who pose this threat against sports paraphernalia. Another user recalled the very particular décor on the front gate of the North Korean embassy in Myanmar when they attempted to retrieve their fated ball.

Perhaps the placement of these embassies is more strategic than we care to consider. If we don’t tread carefully from here on out, North Korea may seize a monopoly on the rugby industry.

Or maybe being a good neighbor is simply on their behavioral blacklist.

Evidently, peculiar embassy locations might just be a London thing instead of a North Korean thing.

On the other hand, maybe it’s a bit of both.

So, for those of you who happen to find yourselves in Ealing, London, and have some North Korea-adjacent needs to attend to, now you know where to look. Maybe leave your rugby ball at home, though.