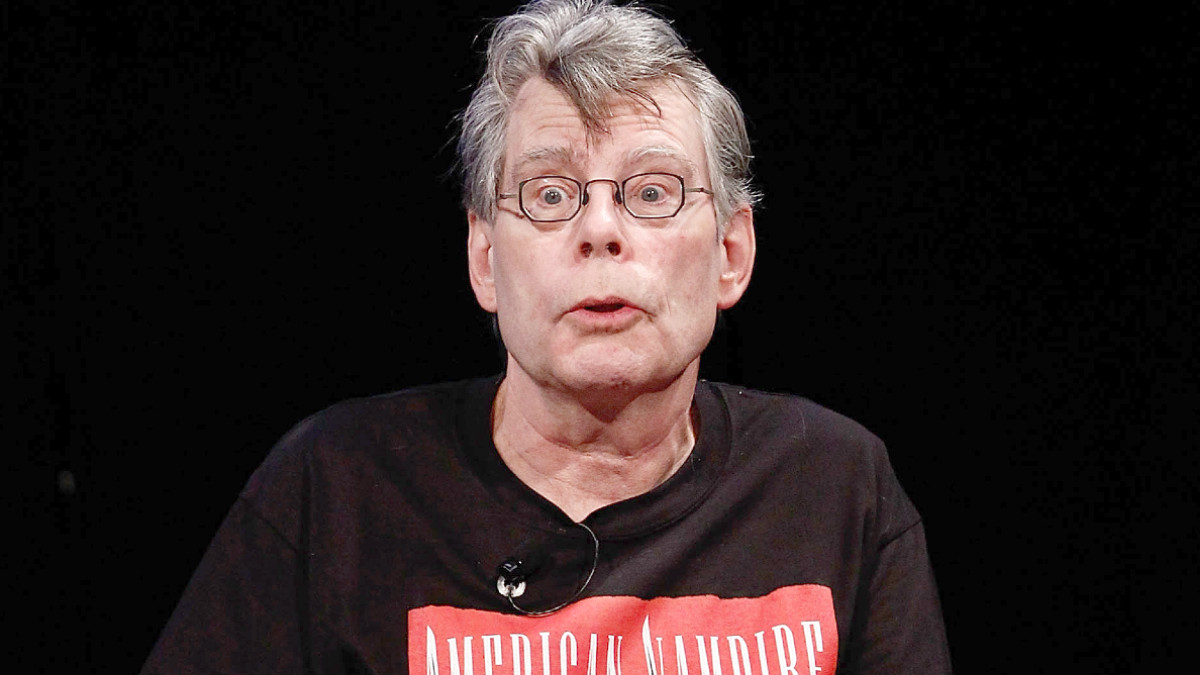 Stephen King may be a best-selling author who has sold more than 350 million copies of his books throughout his career, which have been adapted into countless films, television series, and miniseries. But that doesn’t mean that the 74-year-old doesn’t still have the same hangups and insecurities as the rest of us, as King shared an interaction on Twitter this week that still haunts him, no pun intended.

King shared the tragic anecdote while quote-tweeting New York Times bestselling author Alafair Burke, who had lamented about a recent run-in at ThrillerFest in which she overheard someone casually disparage a panel she was hosting.

“Early in my career, I spotted a woman reading Carrie on an airplane,” King shared in solidarity. “I made the mistake of asking her if she liked it. She thought it over and gave her 2-word critique: ‘Shitty read.'”

But as it turns out, reports of Carrie being a “shitty read” were greatly exaggerated.

The woman in question is actually the mother of a podcaster who is involved with (and wrote the theme song for) The Losers’ Club: A Stephen King Podcast, and who had actually discussed the incident on the podcast before.

“It’s a small world, Stephen,” tweeted back the podcast’s Twitter account, along with an audio snippet recalling the moment when he realized that his mother basically snubbed the King of Horror — who as it turns out is a fan.

In a serendipitous twist, the mother, who also just so happens to be on the platform, likewise responded.

“I’m truly a fan and I apologize to Mr. King for following the advice of my mentor who told me when traveling alone read a scary book and repel invaders,” she wrote. “Sorry Stephen King I was hoping you had forgotten about the incident.”

As previously mentioned on the podcast, when asked when she realized if she realized it was King at the time, the woman said it wasn’t until years later when her son was doing the report.

“No I didn’t look at his face but he was wearing amazing boots, as I recall,” she explained. “Did not look at him until we were disembarking, then recognized him later from an essay my son was writing about him. Nobody else ever tried to pick me up on an [airplane] after that…”

Though King has yet to respond, one would have to imagine that it would be a relief to know that the one critic who seems to have gotten under his skin the most over the years just didn’t want to be bothered on a flight! And with any luck, hopefully he learned his lesson about approaching random women as well.