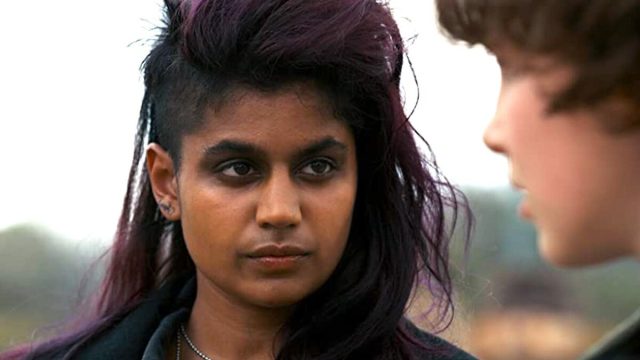 As the show nears its finale, the latest season of Stranger Things has proven that the root of the evil is a little closer to home than we could have ever predicted. Season four has shown that a lot of what is to blame for the tragedies in Hawkins is all to do with Dr. Brenner’s experiments, but fans are wondering where one of those experiments has gotten to and whether she will return, or if we even want her to.

Along with Eleven and One, there have been multiple children subjected to Dr. Brenner’s experimentation, children who boast powers of their own, and not all of them were wiped out when One rampaged through the lab. We were introduced to Kali, or Eight, back in season two, another powered kid who had somehow managed to escape the facility and was living with a gang on the city streets enacting her own brand of justice on her tormentors.

Some were wondering if she would make an appearance in season four, especially seen as so much of the season was devoted to looking back on Eleven’s time in the lab. Despite this, there was no sign of Kali at all. It would appear that she has been relegated to her short appearance in season two that was not looked upon favorably by fans or critics. Now, with Hawkins aflame perhaps she may come back to team up with her sister, Eleven, to take on Vecna, or One as they know him.

Fans are split on whether or not they want to see the character return in the final season, expressing confusion as to where she has been all this time, with some generally not interested in seeing the worst part of the Stranger Things series return. The OP really does want to see the character return, however, believing she deserves a second chance.

This caused a great debate amongst the Stranger Things Redditors, who argued for and against the character’s return.

This user feels like Kali’s character served her purpose, even if it was badly done, back in season two. They wouldn’t be surprised if she did show up for the final showdown though.

Though we aren’t 100 percent sure right now, Eleven has limited options when it comes to powered allies.

Some wonder why Kali has been left alone all this time, if she is a powered individual going around causing hallucinations then why is no one after her?

Though the Duffer brothers probably realised that the season two subplot wasn’t well-received, they could try to make amends.

This user feels like she has to come back, even if the way her character was handled was clumsy — she is still too important to just forget about with all that’s at risk.

One user got very clever with their numbers, and seeing as Stranger Things has had a strong Dungeons and Dragons theme throughout, this could be a really interesting way to look at it.

This Redditor doesn’t feel like the show has enough time to bring back Kali with everything else they have on their plate.

After how badly the season two powered subplot was received, this user doubts the Duffer brothers would risk bringing her back again.

But with season four only just over, and no release date set for season five as of yet, there is still a while to go before we will get all our answers (though the Duffer brothers have promised we won’t have to wait three years this time). Kali may have been forgotten, relegated to people hating on her storyline, or she may come to help Eleven save the day. If the latter, let’s hope the brothers do her justice this time.