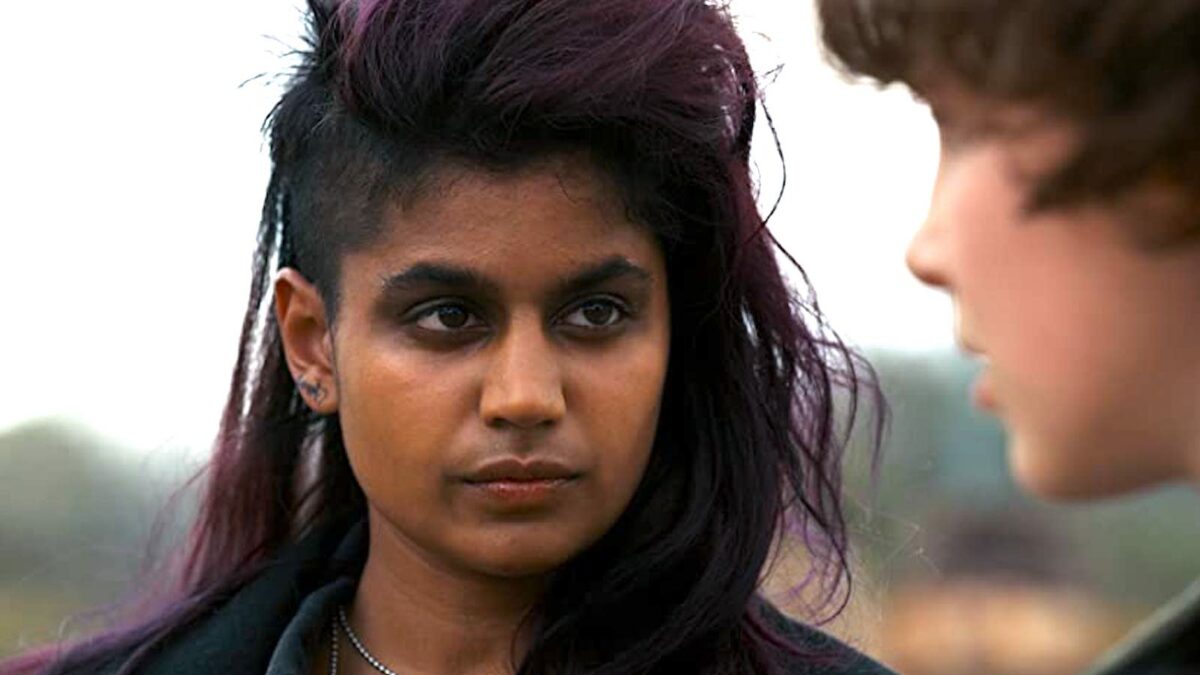 Stranger Things season four is gearing up to be not only the most anticipated season of the series, but also the most ambitious. That means we’re in for a rollercoaster ride of unexpected twists, whiplash turns, and hopefully answers to all the questions that have been hanging in the balance since season three.

One question that’s plagued Stranger Things fans since season two is whether or not we will meet Eight again, aka Eleven’s “lost sister”, Kali. Kali is one of the many children from Project MK Ultra in the Hawkins National Laboratories who were subjected to Dr. Brenner’s testing in the Rainbow Room. Like Eleven, Kali has powers, but hers include the ability to cast illusions. The-now- you-see-it, now-you-don’t-kind.

Kali, as we learn, is very different from Eleven. For starters, she enjoys the life of crime, revenge, and squashing her tormentors under the heel of her black leather boot. When we meet her in season two, she is the leader of a street gang aiming to exact revenge on all the former workers of Hawkins Lab. Eleven finds her “lost sister” after digging into her mother’s past and coming across a folder of newspaper clippings. She seeks Kali out, and when she finds her, she learns that she is not alone in the world.

Kali acts as a mentor to Eleven, offering words of wisdom and training her to tap into her power on command. However, when it comes down to choosing between a life with her lost sister or her friends back at Hawkins, Eleven chooses her friends. She returns to Mike and Dustin and Lucas, and we never see Kali again.

The appearance of Kali in season two gave many fans pause, as Kali and Eleven’s storyline felt like a one-off and separate from the season’s overarching plot. However, that’s not to say fans weren’t excited by the opportunity of seeing more gifted children from the Rainbow Room. Still, the fact that we haven’t seen or heard of Kali since season two makes her one-off cameo a pretty strange thing (pun intended). It also means that we could be inching closer to seeing her again in seasons four or five, since we saw nothing of her in season three.

While no official announcement or leak has been made of Kali’s appearance in season four, several things about all the trailers that have been released lead us to believe we could come face-to-face with her again. For starters, the Rainbow Room is featured, which opens the doorway for Kali’s return. Secondly, one of the children (who we now know the identity of thanks to the release of the first eight minutes of season four) is holding a magic eight ball in the clip. Now, the Duffer Brothers are no strangers (pun, again) to hinting at things covertly. Could the magic eight be a symbol for Eight, and could the words “signs point to yes” mean that Eight is indeed returning for season four? We don’t know yet.

The only way to find out for sure if Eight, aka Kali, is returning to Stranger Things is to tune in on May 27 when the first volume of season four premieres on Netflix.