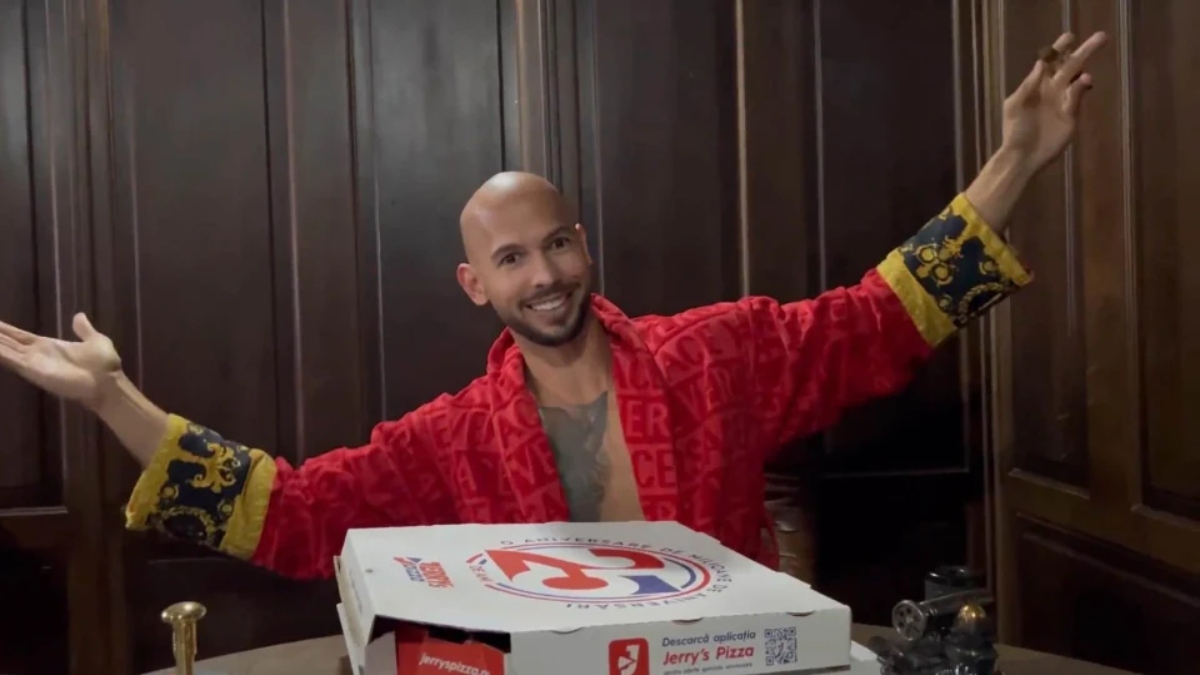 On Dec. 29, former professional kick-boxer and social media personality Andrew Tate was arrested and detained for 24 hours — along with his brother Tristan Tate — after police searched his Ilfov villa. Besides the Tate brothers, two other suspects — a former policewoman and an unnamed Romanian individual — were also held responsible. The suspects, as The Washington Post reports, allegedly “recruited and then sexually abused” six women in Ilfov. The group was formed in 2021 “with the purpose of recruiting, housing and exploiting women by forcing them to create pornographic content meant to be seen on specialised websites for a cost.” Both Andrew and Tristan Tate are charged with human trafficking and forming an organized crime group. Also courtesy of The Washington Post, “following the 24 hour detention, DIICOT (Directorate for Investigating Organized Crime and Terrorism) asked a judge that the suspects be held for 30 more days; the judge is expected to issue a ruling later on Friday, December 30, 2022.”

Lo and behold, it was none other than a pizza parlor that led to Tate’s undoing. Tate originally targeted Greta Thunberg, a 19-year-old Swedish environmental activist, on Twitter. He shared a tweet antagonizing Thunberg, claiming that he had “33 cars” and proceeded to write, “Please provide your email address so I can send a complete list of my car collection and their respective enormous emissions.” Thunberg — who wouldn’t take such disrespect lying down — fired back with a witty tweet of her own, writing, “yes, please do enlighten me. email me at [email protected]” Tate, to the surprise of absolutely no one, fueled the fire even further by responding with a two-minute-long video that featured him posing in a red Versace robe and smoking a cigar. He continues to ruffle Thunberg’s feathers, then halfway through the video, demands that someone — off-screen — bring him “[his] pizza.”

And that’s where it all started. Quite clearly, one can see that the pizza Tate had ordered was from Jerry’s Pizza. Tate’s villa, which is located in Ilfov on the outskirts of Bucharest, wasn’t too difficult for authorities to find once Tate incriminated himself with the Jerry’s Pizza boxes. The Romanian pizza shop, which is only native to Romania, made it easy for the cops to source Tate’s whereabouts. Sure enough, Tate was arrested the following day once the video went viral.

Jerry’s Pizza even shared a promotional image on Twitter that received an abundance of comments rewording their slogan, “We got taste,” for “We got Tate.” Aside from the comments, plenty of memes also flooded Twitter, again finding humor in the fact that Jerry’s Pizza aided in Tate’s arrest. Naturally, Jerry’s Pizza became an overnight sensation and began receiving five star reviews left and right, as well as a surge in sales. In today’s news that you never thought you’d read, Andrew Tate was arrested for human trafficking thanks to Jerry’s Pizza, a Romanian pizza parlor.