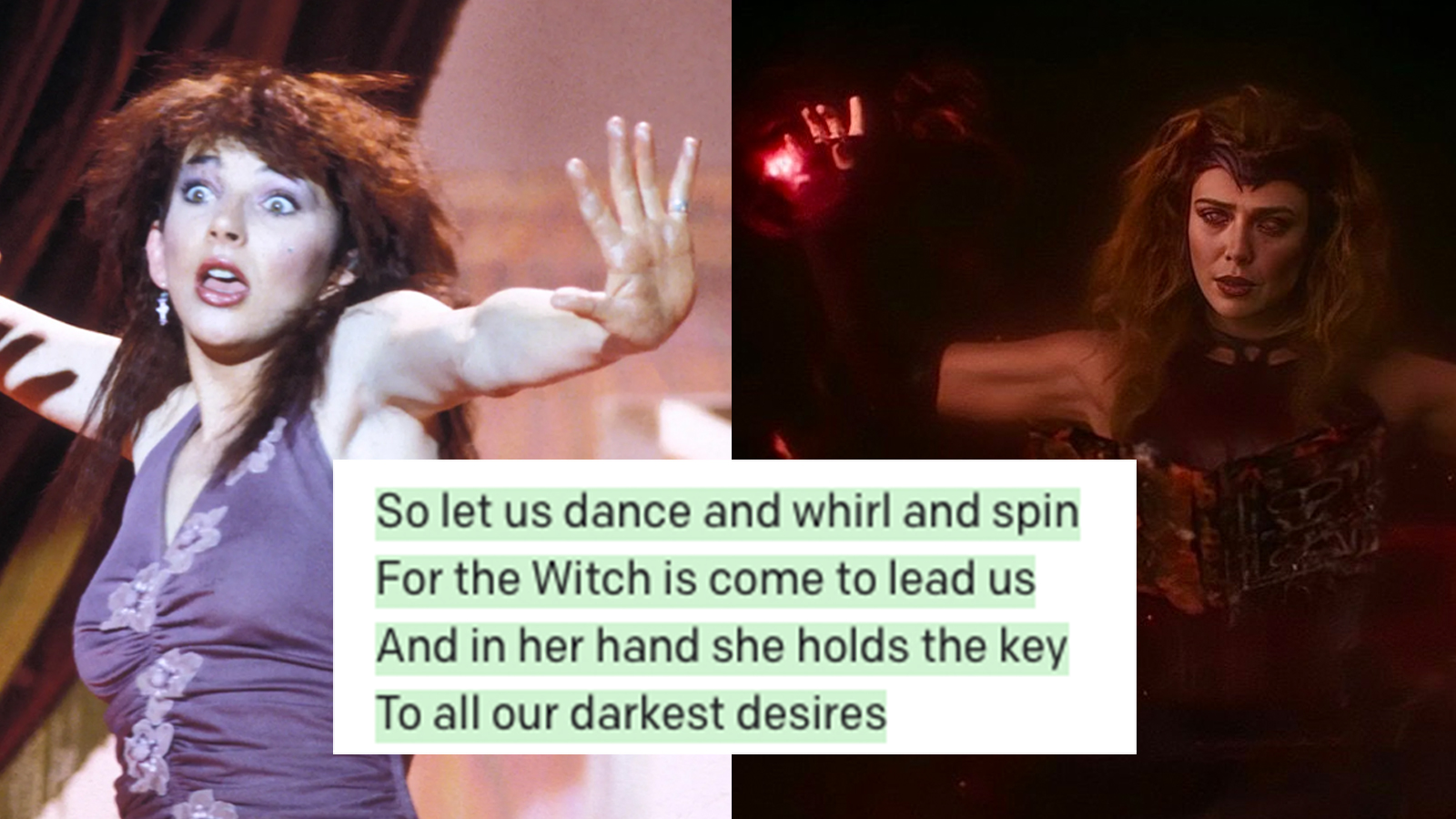 It happened. Someone invented an AI that can generate lyrics about virtually anything in the style of any artist. Pack it up, the Beatles and Beyoncé, there’s a new lyricist in town, and they froth the Marvel Cinematic Universe.

OpenAI is a software that generates any written content you want from a brief prompt—from faux-YouTube apologies and political speeches to songs. All you need is an email to create an account and create chaos.

So naturally, we here put on our unhinged clown makeup and Marvel stan caps and asked it to write songs about the Avengers and co. in the style of some of your favorite musicians. Here’s what chaos magic we unleashed into the world. We regret nothing.

Here’s AI Kate Bush singing about Scarlet Witch and the Darkhold in Doctor Strange in the Multiverse of Madness.

Side note: Bruce Springsteen would totally write a song about culture wars through the lens of a disenfranchised Captain America AKA Ta-Nehisi Coates’ Captain America run.

If Beyoncé made a song about Black Panther, it might sound a bit like this. Kinda surprised she wasn’t already in the original soundtrack.

Ever wondered what a song Charli XCX about the Avengers partying it up in Avengers Tower would sound like? No? Too bad!

How about Taylor Swift singing about Tom Holland’s Spider-Man from the perspective of Zendaya’s Mary Jane?

Not gonna lie, I could totally see Lady Gaga referencing Marvel’s gender-fluid shapeshifter Loki in the lyrics to one of her songs.

Here’s Kim Petras singing a song about Thanos and his Infinity Gauntlet, likely to the bubblegum electro pop sounds of “Heart to Break” and “I Don’t Want It At All”.

Here’s Miss Planet Her AKA Doja Cat if she sang about hunting down the Guardians of the Galaxy.

Or rapping about a one-night stand with the big, green mean machine.

And here’s Billie Eilish singing about Morbin time. It’s about as bleak as the reviews of the film.

Anyway, we also asked the lil data robot to come up with an actually good version of the Game of Thrones ending because we all know it was absolute dragon s**t.

You can ask the AI to make your own abominations here. Have fun, kids!