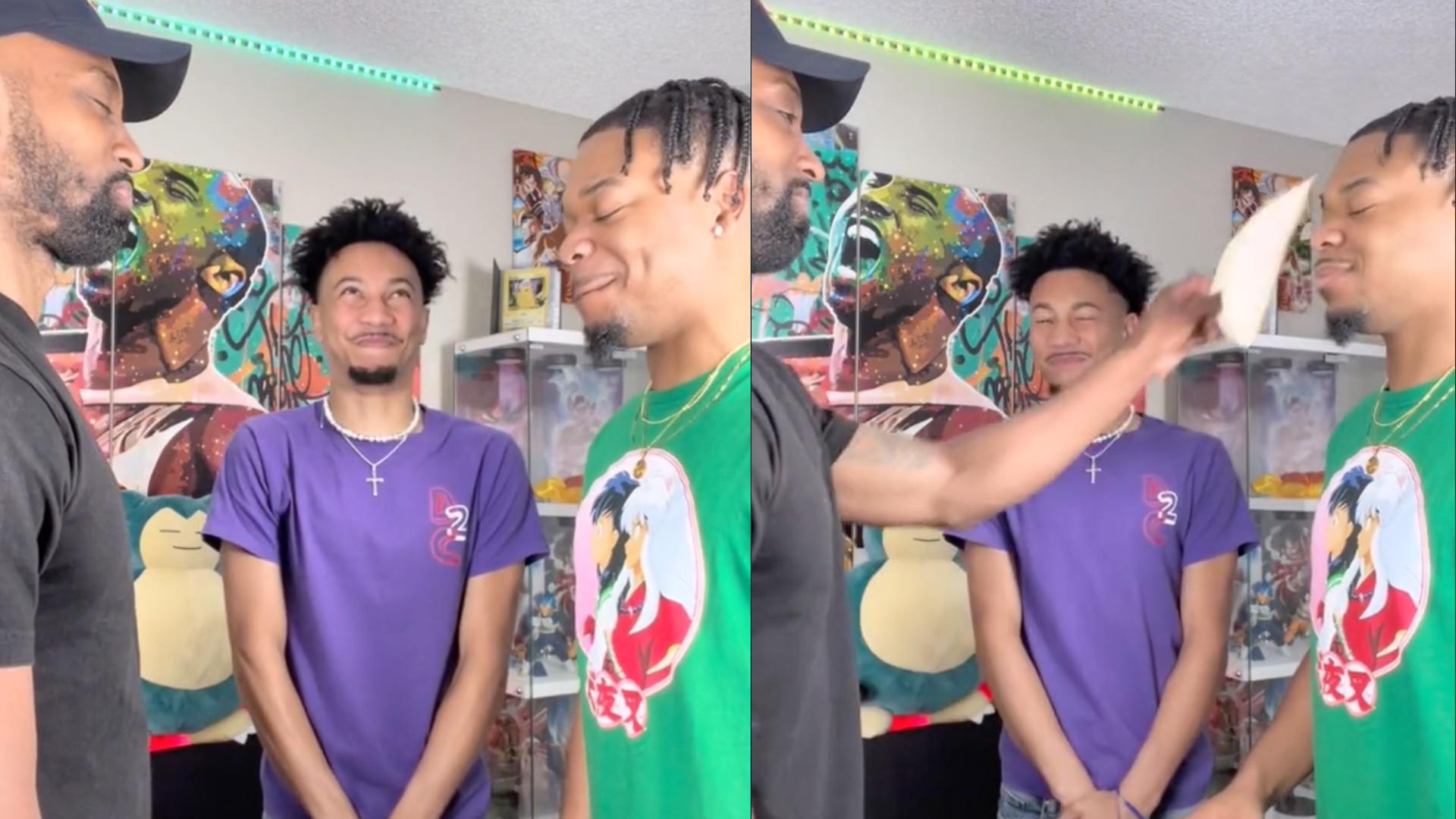 A humorous new TikTok challenge is taking off on the platform, wasting tortillas but stirring up plenty of laughs.

The new “Tortilla Slap Challenge” has its own dedicated page on the platform, with more than 25 million views and hundreds of participating videos. The top videos on the page have view counts in the millions, as do many of the hashtags related to the viral challenge.

What is the “Tortilla Slap Challenge?”

At first glance, TikTok’s new challenge might look rather baffling to viewers. Videos participating in the challenge typically see a group of two or three — sometimes more — standing or sitting in a circle with tortillas in hand. In case you’re confused, yes, we’re talking about the thin, unleavened flatbread typical to burritos or soft tacos. Flour tortillas seem to be the norm for the challenge, but there’s no real reason a corn tortilla couldn’t work just as well. Their structural integrity might not hold up, but that could very well lend to the fun.

The “challenge” behind this viral TikTok trend comes in the effort of staying straight-faced as each member of the group takes turns slapping one another across the face with their tortillas. It’s an exceedingly straightforward recipe for virality — one that was likely born of friends messing around with their school lunches — but that doesn’t make it any less enjoyable to watch. There’s just something so funny about watching a group of friends whap each other with floppy flour circles. It’s pure and simple fun and, unlike most TikTok challenges, doesn’t present any danger to its participants. Except the gluten intolerant ones’, perhaps.

Perhaps the very best part of TikTok’s latest challenge is the sound. Due to the nature of the challenge — which is lost whenever someone’s composure breaks — audio for most participating videos is largely absent. Instead, videos present a mostly silent video broken only by the sound of tortillas hitting skin. It’s the best ASMR TikTok has come up with yet.

It’s also an absolute delight to witness the simple, unadulterated enjoyment the trend’s participants take in the Tortilla Slap Challenge. Watching each person try to keep their cool following a particularly good slap is surprisingly gratifying, but not quite as enjoyable as witnessing them finally break. Once one person goes down, the group almost inevitably follows, leading to a number of videos ending in hysterical laughter. It’s a dose of joy we all need right now.

Many users even up the ante by filling their mouths with water before initiating the challenge. This really adds an element of risk to the game, with the looming knowledge that — should someone break and laugh — the result will be a face full of water.

As far as TikTok challenges go, it’s hard to beat the Tortilla Slap Challenge. It requires only a group of friends — or family — and a batch of tortillas for what appears to be a genuinely good time. There are no pricey add-ons or dangerous elements added in — a trend that is far too common with TikTok challenges — and the trend is already prompting spin-offs with similarly delightful results. Users from all over have started wielding tortillas as gentle, floppy weapons, and the wealth of resulting content can keep viewers entertained for hours.