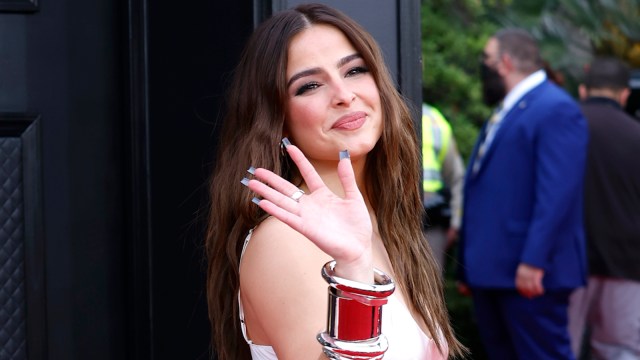 Carter, who has over six million followers on TikTok, is most known for his commentary on scandals that happen in and out of the social media platform. He famously starts most of his videos with the line “people are mad at [insert celebrity, TikToker, influencer, etc…]” and captions those videos with “what do yall think?”

The video that apparently didn’t land him in Rae’s good graces is the one in which he comments on Rae’s holy trinity bikini scandal. He posted three back-to-back videos of the situation, scoring a combined eight million views in total. In Rae’s scandalous photo, she can be seen wearing an all-white bikini with the words “father” and “son” printed on the right and left top pieces. The zinger was that the bikini also had the word “holy spirit” printed on the bottom piece.

Neither TikTok nor the public at large took kindly to Rae’s apparent disrespect to the Christian faith, and the 21-year-old TikTok star immediately took the post down from Instagram. The holy trinity bikini was created in collaboration with Adidas, according to Page Six.

Adidas, however, was quick to clarify that their “partnership with Praying is specific to the limited release of a Supernova Cushion 7 shoe,” according to a quote obtained by NBC news.

Rae has yet to comment on the situation, nor has she addressed the removal of the picture. Carter was quick to point this out in a subsequent video that earned him almost two million views.

Rae apparently had enough of Carter’s commentary and quickly blocked him from TikTok.

Carter addressed being blocked by Rae in an additional Tik Tok video. He clarified that Rae did not delete her TikTok as he previously assumed, but instead blocked him. The video raked in another five million views for Carter.

In a surprising turn of events, a week after the scandal Carter informed his TikTok followers that not only was he blocked from seeing Rae’s TikTok account, but that Rae’s mom, Sheri Nicole Easterling, started following him. Carter captioned the video “What is going on.”

In the comments section of Carter’s video, Easterling responded by saying, “What. I followed you bc (because) it said you followed me.” To which Carter replied, “Oh ok! I’ve been following you for like a year so I thought there was something more to it.”

No one other than Rae and her mother can explain why she started following the content creator Rae so intentionally blocked. Then again, the mother-daughter-duo might not be on the best footing after news broke Rae unfollowed Easterling on Instagram, according to Page Six.

This comes following the alleged affair between Rae’s father, Monty Lopez, and a 25-year-old woman, to which Noah Glenn Carter naturally commented on in the video below, no doubt contributing to Rae’s decision to block him.