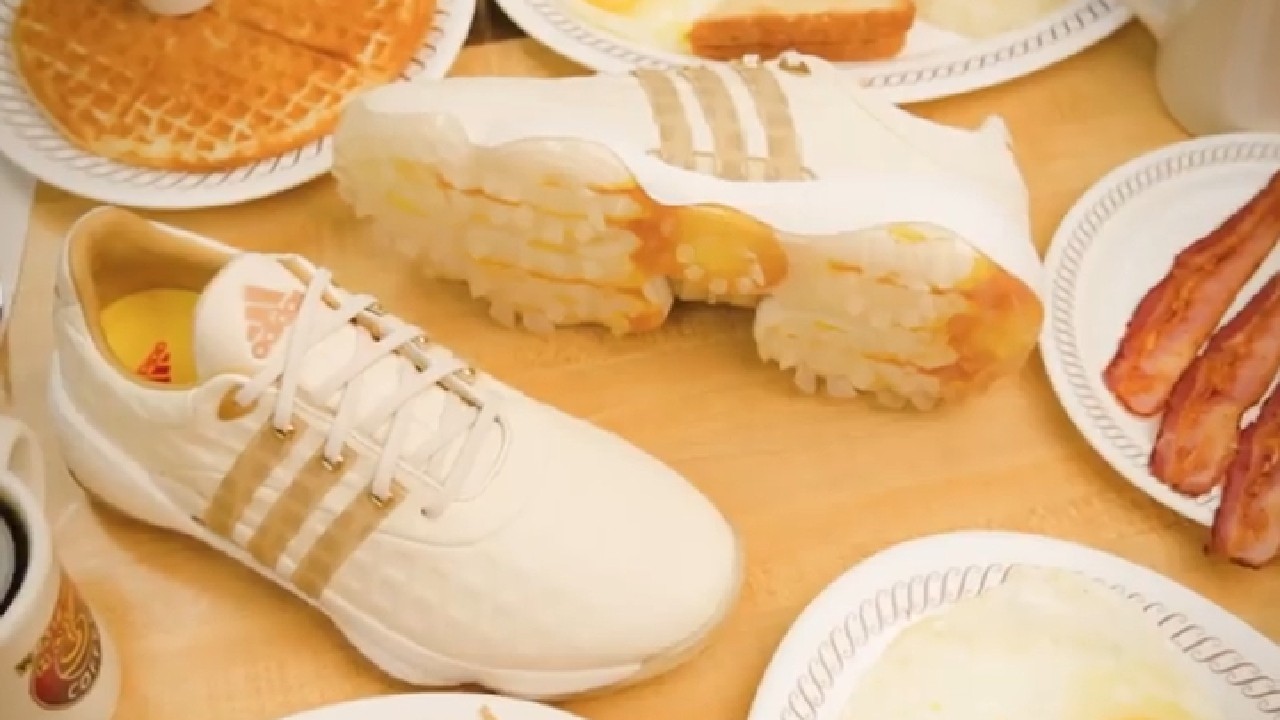 In an obvious April Fool’s Day prank that we were almost duped into belie — *checks calendar* — oh, this isn’t a joke? Apparently, Waffle House and Adidas really are teaming up to bring you a waffle-themed line of golf shoes to coincide with the 86th Masters golf tournament this week.

According to Adidas’ website, the Tour360 22 X Waffle House Limited-Edition Golf Shoes, available in both men’s and women’s sizes, will become available this Thursday, April 7, the same day the tournament kicks off.

“The real Pros play with Waffle Irons. That’s why we’ve partnered up with @adidasgolf to create a waffle-inspired golf shoe in honor the first major of the year,” the official Waffle House Instagram account wrote.

With the tournament being played at the Augusta National Golf Club in Augusta, Georgia, it only makes sense for Adidas to team up with a company headquartered in The Peach State, notes USA Today.

“With Georgia on everyone’s mind this time of year, we’ve cooked up something special with @wafflehouseofficial to bring you a 🧇-inspired #TOUR360 22 for the first major of the year,” the official Adidas Golf Instagram account posted, alongside some rather appetizing foot-age of the shoes slathered in syrup.

Though the athletic footwear come in a default color scheme that very much resembles the fluffy breakfast confection of its namesake — in a maple-like golden beige, sandy beige, and creamy white combination — the shoes also come in other colors as well; including in black, all-white, white-and-blue, two-tone grey, silver-and-navy, and silver metallic, depending on whether you get the mens’ or womens’ version. The original golden-and-beige design also sports a unique waffle texture and syrup-like sole that the other colors do not have.

The shoes will cost you a bit more than you would typically spend at the diner breakfast chain for an average meal, costing $210 a pair for the men’s sizes, and $200 for the women’s.