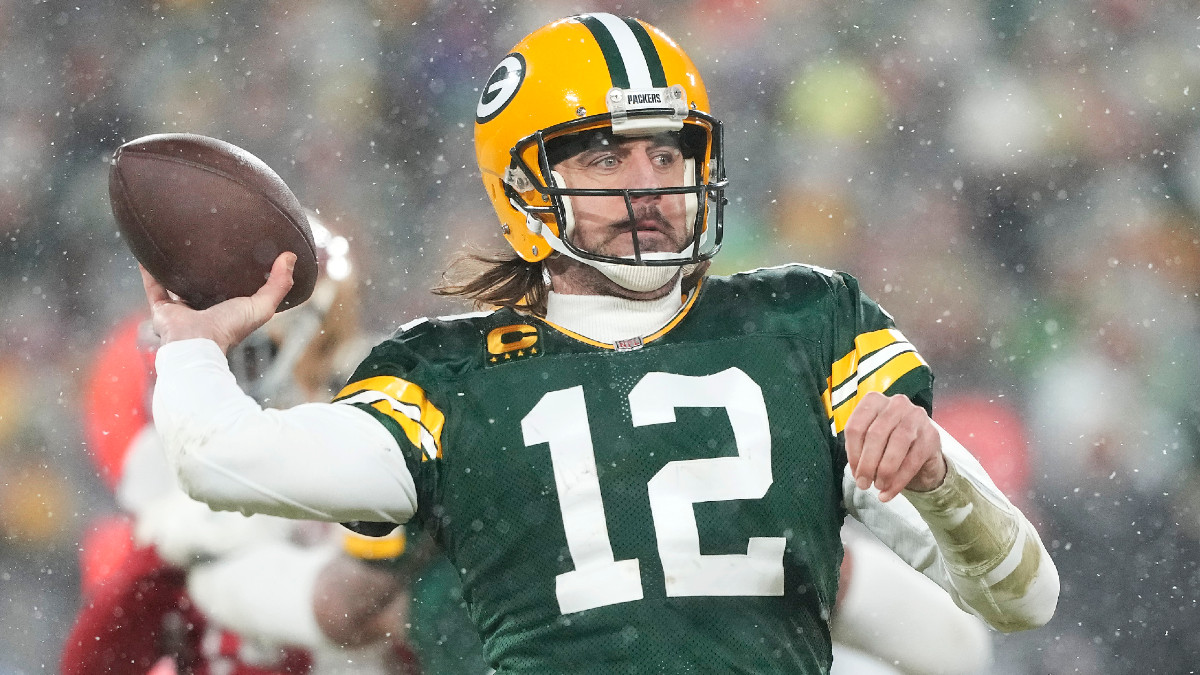 Aaron Rodgers and Shailene Woodley called off their engagement last week, just over a year after the couple announced that they would be getting married. Though the two pseudoscience enthusiasts seemed uniquely suited for one another, people soon began speculating the reason for the split — due to political disagreements or the ongoing controversy surrounding Rodgers’ questionable views on COVID-19 vaccines.

On Monday night, the 38-year-old quarterback did little to quell the swirling rumors with an Instagram post giving “Monday Night Gratitude” for some of the “incredibly special people” in his life. Now, people are questioning both his relationship status and future with the Green Bay Packers.

“[Shailene Woodley], thanks for letting me chase after you the first couple months after we met, and finally letting me catch up to you and be a part of your life,” Rodgers wrote, captioning an album of photos taken over the past year, including one of himself and Woodley cuddling. “Thanks for always having my back, for the incredible kindness you show me and everyone you meet, and for showing me what unconditional love looks like, I love you and am grateful for you.”

He likewise went on to thank his fellow quarterbacks, teammates, and “Friday Crew.” “Spread love and gratitude you beautiful people, and read a book once in a while too while you’re at it. Love and peace,” Rodgers signed off.

The post has… a lot to unpack. But what does it all mean, though? It didn’t take long before Rodgers began trending on Twitter as people tried to guess just that.

Charlotte Wilder of Fox Sports called the post just another example of Rodgers being an “agent of chaos.”

But most of the speculation came from Packers fans, who wondered if this was the quarterback’s way of soft announcing his retirement, which he will likely and predictably confirm or deny on Pat McAfee’s podcast sometime this week.

And then there were also plenty of jokes at Rodgers’ expense. “Honestly the wildest part about this is Aaron Rodgers telling us to a read a book,” quipped sports writer Michael-Shawn Dugar.

NFL Podcast host Gregg Rosenthal noted that these antics are not unusual for Rodgers.

And The Leap co-founder host Peter Bukowski used the “I ain’t reading all that” meme to clown on Rodgers.

But this wasn’t even the first time this week that Rodgers had shared a cryptic message seemingly directed at his ex-fiancée. On his Instagram stories on Sunday, Rodgers shared a quote by holistic health philosophy brand founder Aubrey Marcus.

“The rarest gift you can give, is Love,” read the post by Marcus. “I Love you no matter what, just as you are, and you are always forgiven. I expect nothing and am grateful for everything. I give you the truth only and always. You are learning in the perfect way.”

Rodgers shared the quote to his own story along with two red heart emojis.