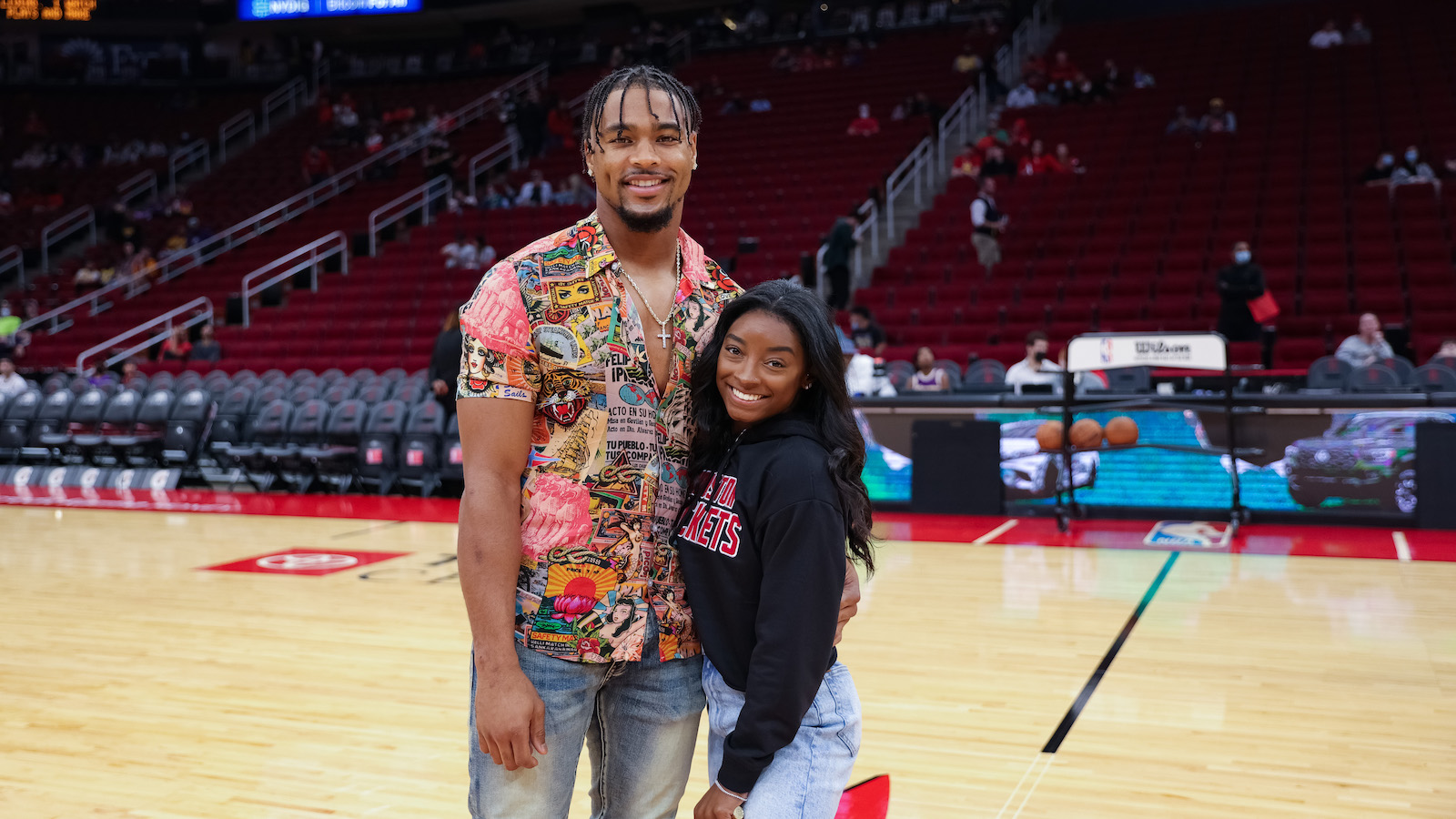 Biles, 24, and Owens, 26, have been for about 18 months. Owens proposed on Valentine’s Day, according to her Twitter.

“Woke up a fiancée,” she said. “I can’t wait to spend forever & ever with you, you’re everything I dreamed of and more! let’s get married!”

She shared some pictures from the moment on her Instagram page, including Owens on one knee and the pair sharing a kiss where he lifts her into the air (He is 5′ 11”, she’s 4′ 8”). There’s also a video of the ring, which looks like something out of a movie and you might need sunglasses to watch it because boy is it sparkly.

The ring is an oval set on a diamond pave band designed by celebrity jewelry designer ZoFrost.

The pair met online just before the pandemic and the shutdown allowed for Owens to really get to know her, he told Texas Monthly.

“We ended up hanging out right before the pandemic,” Owens said. “It was one of the few times in her life where everything was just shut off and she couldn’t do anything. So we used it to get to know each other—really get to know each other. It created our bond and made it stronger. Now I’m so thankful.”

Owens said one of the reasons she liked him was because he wasn’t necessarily a fanboy.

“I didn’t know who she was,” Owens said. “I just hadn’t heard of her, and when I told her that, that’s one of the things she liked.”

Biles told The Wall Street Journal in 2021 that things evolved very naturally for the couple.

“He would say I slid into his DMs. I saw him and I was like, ‘Oh, he’s pretty cute,’ so I said hi … and then I saw that he was in the Houston area, so we started chatting a little bit, and then we went to hang out a week or two later,” she said.

Owens is a defensive back for the Houston Texans. Biles told People she loves following his career on the field.

“I love watching him play because he has such a passion. He works so hard so for him to be able to showcase that on the field is really exciting.”

Over the course of her career in gymnastics, Biles has won seven Olympic medals and 25 World Championship medals. She recently won a silver team medal and bronze individual medal in the Tokyo Olympics.

She famously pulled herself out of competition during those Olympics, saying she needed to do so for her own mental health. It’s not yet known if she’ll participate to participate in the 2024 games in Paris.