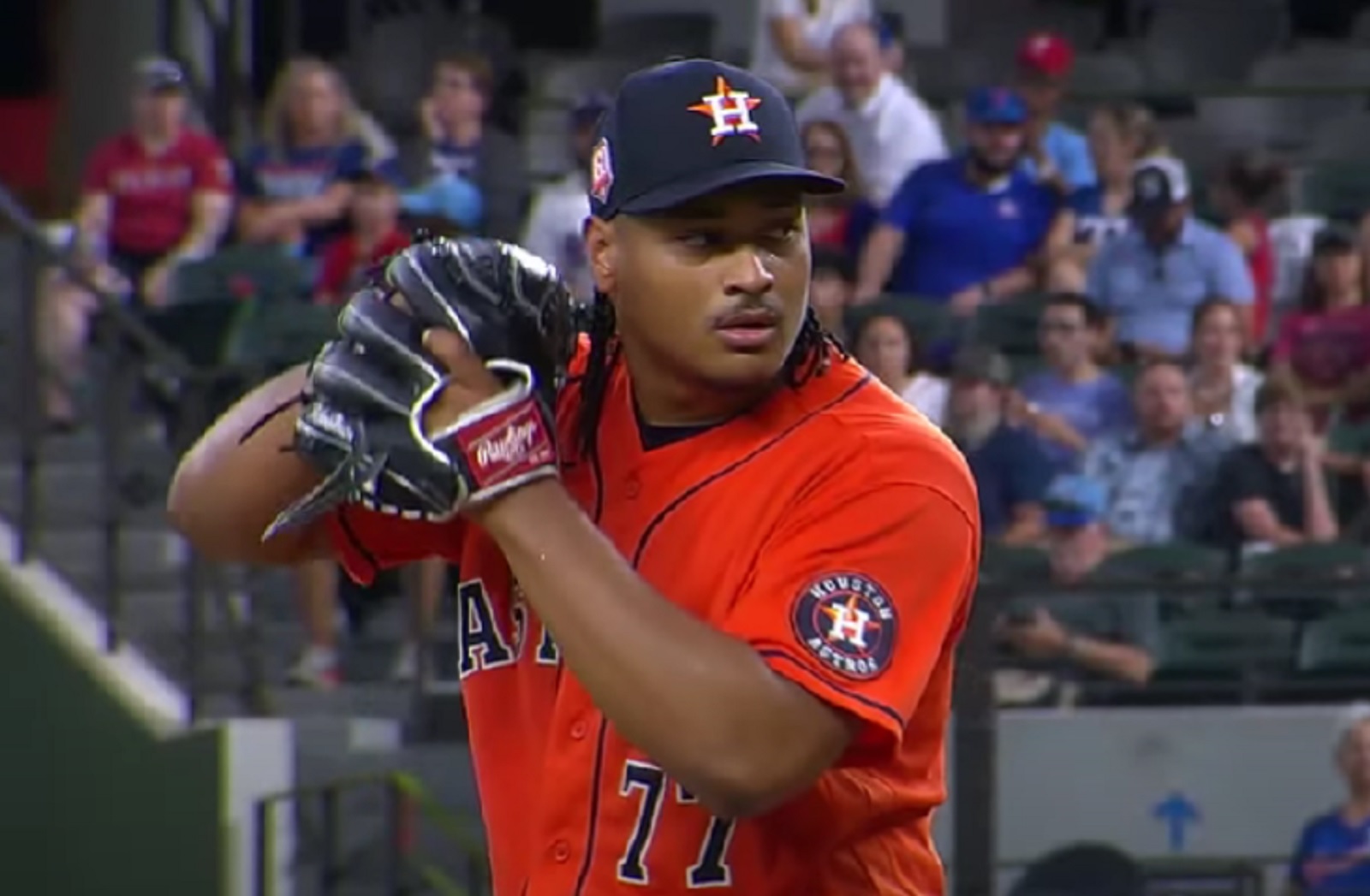 On Wednesday, Major League Baseball fans witnessed something not often seen. An “immaculate inning” was thrown during a game between the Houston Astros and the Texas Rangers. You’re wondering what makes things so “immaculate?” Well, what’s so special here is that the pitcher on the mound records all three strikeouts in an inning with only nine pitches.

What was different on this particular night was that two of this sort of an inning were thrown by two pitchers in the same game. This was a feat that had never been done before in the recorded history of baseball. Even more intriguing is that both pitchers were on the same team and had pitched their respective rare innings against the same three batters, in the same order. Veteran pitcher Luis Garcia and teammate Phil Maton were the historic hurlers whose names are now among some of the game’s greatest.

There are other amazing accomplishments in the sport that have been done by a single player, like a 500-foot home run, a pitcher throwing a no-hitter, or even more rare, pitching a perfect game. But how rare is an immaculate inning?

The immaculate inning was pretty infrequent in the distant past

After the occurrence was first noticed way back in the 1880s, only one happened by the turn of the century. That inning was pitched by Hall of Famer John Clarkson of the Boston Beaneaters, against the Philadelphia Quakers in 1889.

Then, in 1902, Hall of Famer Rube Waddell of the Philadelphia Athletics threw one in the third inning of a game against the Baltimore Orioles. He would be the only one of that decade, followed by an inning by Pat Ragan of the Brooklyn Dodgers, against the Boston Braves in 1914.

The 1920s saw somewhat of a boom of immaculate innings with five in total from 1921 to 1928. Joe Oeschger and Sloppy Thurston had one. Then Hall of Famers Dazzy Vance and Lefty Grove (the latter getting two) were also recorded before such pitching perfection died down for a while.

The mid-twentieth century featured a resurgence of the immaculate inning

It took 26 years until Billy Hoeft threw an immaculate inning for the Detroit Tigers against the Chicago White Sox in 1953. During the rest of the fifties and throughout the sixties, 10 more such innings would occur, some performed by some of the best pitchers the game had ever seen. These were thrown by guys like Robin Roberts, Jim Bunning, Sandy Koufax, Nolan Ryan, and Bob Gibson, all of whom are Hall of Famers.

Eight more would take place during the seventies, with Bruce Sutter, Milt Pappas, and Joey McLaughlin notching innings of their own. Nolan Ryan would also throw the second immaculate inning of his career during this time.

Only four would happen from 1984 to 1989. They would be achieved by Ron Guidry, Danny Jackson, Jeff Robinson, and Rob Dibble.

An explosion of immaculate proportions from the nineties on

Practically from the opening day of the 1990 season, Major League Baseball then saw the most immaculate innings the sport had ever seen over a 10-year span at that point. There were 17 to be exact, from 1990 to 1999. Not bad, even considering that the entire 1994 season was canceled because of a strike. Each inning was pitched by its own respective player, including two Hall of Famers, Mike Mussina and Randy Johnson.

With a new century came another list of pitchers who set ’em down, one-two-three. Randy Johnson started off this stretch with his second career inning, as the first of 14 players to complete an inning from 2001 to 2009. Fellow Hall of Famer Pedro Martinez and Felix Hernandez were the other more popular names to make this rare list.

The following decade became the period that still contains the most immaculate innings ever thrown in baseball history. During the 2010s, a total of 37 innings were put into the record books, by 34 individual pitchers. Max Scherzer, Chris Sale, and Kevin Gausman were the only ones out of this group who did it twice, while Sale did it consecutively in the same season, becoming the only player in history to have done that. Other pitching stars to have thrown one during this time were Cole Hamels, Kenley Jansen, Craig Kimbrel, and Steven Strasberg, to name a few.

And over the most recent years, nine have been recorded thus far. Zach Plesac, Kyle Finnegan, Michael King, and Chad Green were the first ones from 2020 and 2021. Then came Sale and Scherzer getting their third career innings, respectively. And finally, during this current regular season, Nestor Cortes Jr. threw one shortly after opening day, followed just a few days ago by the historic one-two punch that came from the Garcia and Maton against the Rangers.