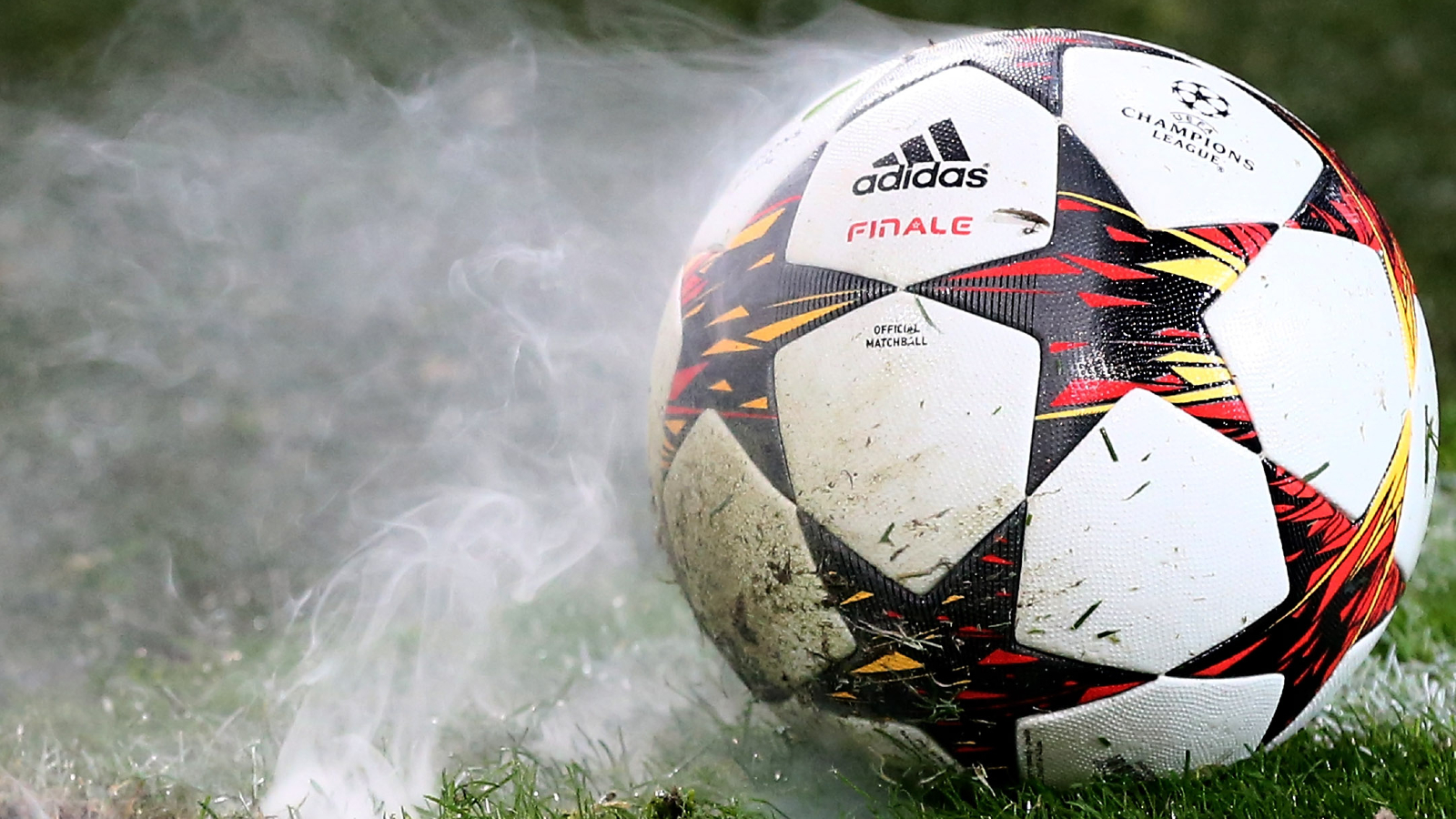 Even more UEFA Champions League action is coming down the pipeline.

We’ll have to wait a couple years, but the official UEFA announced this week that it will be expanding the number of teams that can qualify for the Champions League, which will in turn mean more opportunities and more games.

“Today’s decisions conclude an extensive consultation process during which we listened to the ideas of fans, players, coaches, national associations, clubs and leagues to name but a few,” UEFA president Aleksander Čeferin said in the release, “with the aim to find the best solution for the development and success of European football, both domestically and on the international club stage.”

Here’s the Readers’ Digest bits of information, and we’ll expand on each point below:

The UEFA executive committee unanimously approved an expansion of the Champions League field from the current 32 teams to 36. The group stage you know and (maybe) love is kaput.

The commonly referred to “Swiss model” is taking its place, which will be called the league phase of play. Starting from the top, Champions League play will move to what’s known as the league phase, and it will assure every team eight matches, up from the currently-guaranteed six matches that clubs get.

As for bump from 32 to 36 teams qualifying, this will only affect play in the league phase and two-legged playoff, as the number of teams making it to the knockout stage remains unchanged.

Speaking of the four new spots, two of the four will go to clubs that don’t qualify through their respective league play, but will be open to two teams from associations with the best collective performance by its clubs in the previous season.

This will be calculated by the total points earned divided by the number of teams playing in the European club competitions.

Meaning, clubs from the top leagues such as La Liga, the Premier League, Bundesliga, for instance, could have a shot at an additional berth into the Champions League pool.

The two remaining new berths will be divvied up in two different ways. One will go to the club that’s ranked third in the fifth-place association in Europe, while the other will be reserved for the team from the “Champions Path.”

Let’s hear it straight from the source here. In their press release, UEFA stated:

“One place will go to the club ranked third in the championship of the association in fifth position in the UEFA national association ranking.

One place will be awarded to a domestic champion by extending from four to five the number of clubs qualifying via the so-called “Champions Path”.

The final two places will go to the associations with the best collective performance by their clubs in the previous season (total number of points obtained divided by the number of participating clubs). Those two associations will earn one place for the club best ranked in the domestic league behind the UEFA Champions League positions. For example, at the end of the current season the two associations adding one club to the Champions League, based on the collective performance of their clubs would be England and the Netherlands.”

Speaking at the UEFA Congress talks in Vienna earlier in May, where the vote for this new format took place, EU Commission vice president Margaritis Schinas applauded the move.

“European football must remain open, based on sporting merit, & serve the interests of all of society, not the profit of an elite few,” he said. “I also wish to congratulate UEFA on the adoption yesterday of the reform of the club competitions post-2024. I appreciate this is the outcome of an inclusive consultation process. The outcome of your discussions comes at a timely moment.”

This gives the opportunity for more rivalry matches happening earlier in the tournament, which generate the most fanfare and eyeballs watching the games.

The other UEFA leagues — the Europa League and Europa Conference League — will see changes as well. They will each also give the group stage the boot, and have 36 competitors. The former is going with the league phase and seeing teams playing eight matches each, while the latter will have six matches in its league stage.

Why is this going down?

As is the case with all expansion, the powers-that-be — in this case, Čeferin —are embracing expansion usually because a larger format equals more teams with a chance to make it in, and more fans that will have hope their favorite club can both earn a berth, and even compete for the title.

And that of course is technically true and is usually a good thing as more fans being invested for a longer period of time is good for sports and good for fandom.

Let’s get the cynicism out of the way — of course UEFA is adding more games because more games means more money, both from the TV side and attendance revenue.

Just in the past calendar year, two stateside sports — Major League Baseball and the National Football League — expanded their playoff system to include more teams, which means more games. Actually, you can add the National Basketball Association to that as well, as their introduction of the play-in tournament gives more teams a chance at a postseason shot, and adds games to the postseason calendar.

We’ll give it to Čeferin, he mentioned revenue as part of the reasoning for going to this new format.

“We are convinced that the format chosen strikes the right balance and that it will improve the competitive balance and generate solid revenues that can be distributed to clubs, leagues and into grassroots football across our continent while increasing the appeal and popularity of our club competitions,” he said.

After it’s all said and done, the number of total matches during competition will go from 125 to 189 — so there are now 64 more matches to be played.

“I am really pleased that it was a unanimous decision of the UEFA Executive Committee, with the European Club Association, European Leagues and National Associations all agreeing with the proposal made. Another proof that European football is more united than ever,” he added.

“Qualification will thus remain purely based on sporting performance and the dream to participate will remain for all clubs.”

The other reason this is happening is the bid that went awry by several powerhouse clubs trying to start what was then called the European Super League.

Once that failed, it was clear that something needed to happen and change for UEFA to appease the bigger clubs, give them more avenues to more revenue.

To a degree, this appeases those clubs and countries.

“UEFA has clearly shown today that we are fully committed to respecting the fundamental values of sport and to defending the key principle of open competitions,” Čeferin said, “with qualification based on sporting merit, fully in line with the values and solidarity-based European sports model.”

When is the new format taking effect?

We’re looking at June 2024 for the start of the new format as teams go through the first rounds of qualifying play, on into July and August.

Typically — take this year for instance — group stage play starts in September. As that will be replaced, we’d still bank on the fall of 2024 giving us the new league phase, going on into December.

How it will shake out from there though isn’t known yet, as there are more matches to be played by more teams, so the league phase could even spill into 2025.

There will be 10 guaranteed weeks for UEFA league play in 2024.

Then eventually in the first quarter of 2025 we’ll likely see things start to resemble the way it looks now, with the Round of 16 starting up and leading through the knockout stages to the final sometime in May 2025.

There was an original proposal on the table for a reformatted group stage to include 10 matches instead of the now agreed-upon eight matches during the league phase.

The older proposal also seemed to benefit the biggest of the big clubs, and made some middle tier teams not so thrilled because of the way the coefficient scores would have worked — notably rewarding clubs over a five-year span giving it a so-called historical incentive. Meaning clubs that are just now rising to prominence, or have a one-off amazing season, would still be at a disadvantage to those that do well year after year.

And everyone (outside of the big-money clubs) wants more chances at a Cinderella story, no?

There was even a radical plan put forth in 2019, as reported by Sports Illustrated, that would have given 24 of the 32 spots to clubs have been locked with those 24 teams not needing to qualify, giving us just eight truly open spots.

From afar, it feels like the new format is a win for fans who want to feel like the odds aren’t stacked against their squad, and for the chance to watch even more high-stakes matches unfolding over the course of a year.