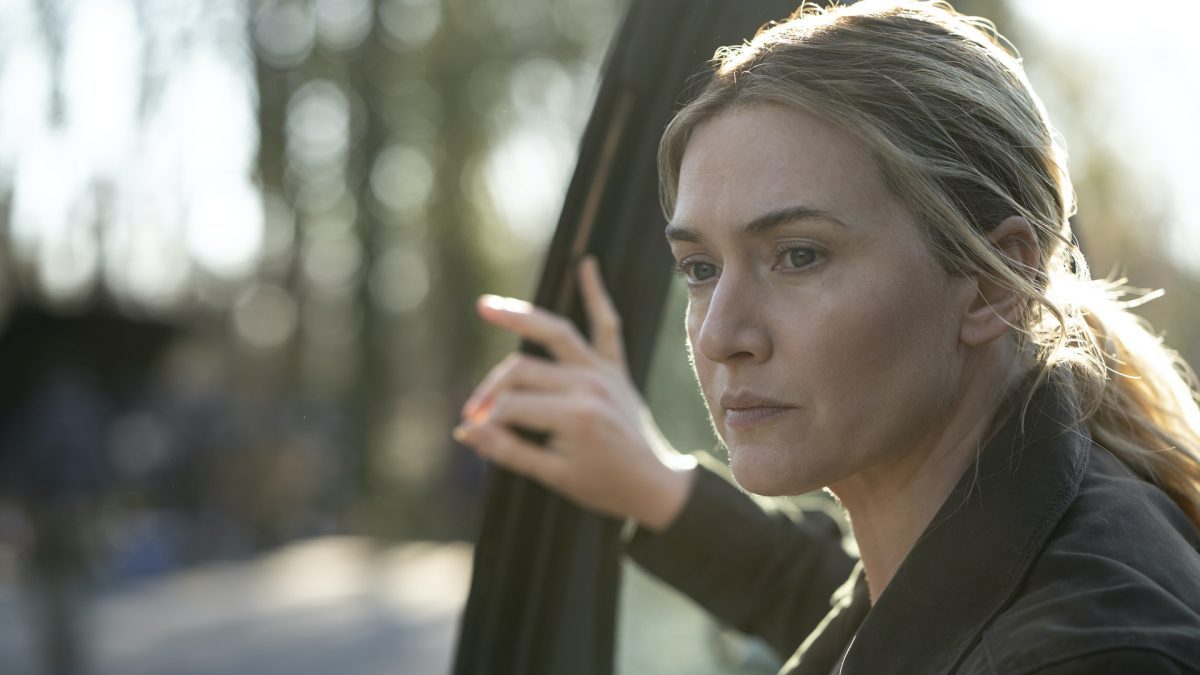 HBO’s Mare of Easttown was one of 2021’s biggest and best shows. The show managed to simultaneously hook viewers for seven weeks with its central mystery while, impressively, still getting audiences to invest in the inner lives of many of the residents of Easttown, the eponymous Philadelphia suburb.

The mystery drama starring Kate Winslet, Evan Peters, and Jean Smart quickly became a fan favorite and critical darling and is the exact type of star-studded, high-quality crime drama that the network has made their bread and butter in the last half-decade. Unfortunately, only one season of the show was produced and although there have been some whispers, there has not been any confirmation of a second season, so if you’re looking for a show to fill the Mare Sheehan-shaped hole in your heart, here are ten of our favorites in recent years.

Starring international icons Olivia Colman and David Tennant, this ITV show ran for three seasons consisting of eight episodes each. The story follows Colman and Tennant — playing Detective Sergeant Ellie Miller and Detective Inspector Alec Hardy respectively — as they investigate the death of a local 11-year-old boy, Danny Latimer, and the far-reaching impact the loss has on the wider community; the fictional Broadchurch, on the coast of Dorset.

The death of Danny Latimer serves as a throughline across all three seasons. While the first season focuses exclusively on the investigation into Danny’s death and his family’s grief, the second season pivots to bringing the killer to justice as well as a case from Detective Inspector Alec Hardy’s past coming back to haunt him. The third and final season focuses on the rape of a local woman at a birthday party as the Latimer family tries their best to move on from Danny’s death.

All episodes are now available on ITVX.

Adapted from the first season of the British crime drama, Criminal Justice, this eight-part limited series by the great Richard Price and Steven Zaillian debuted in 2016 to great critical acclaim for HBO. The show starred (at the time, future Academy Award winner) Riz Ahmed as Nasir, a Pakistani-American college student who is accused of murdering a woman after a drug and alcohol-fueled night and due to said intoxicants, both he and the audience are unsure as to what actually happened during the night. The show focuses specifically on the racial biases in the American judicial and penitentiary system as well as how such systems could adversely affect innocent youths. Riz Ahmed would go on to win a Primetime Emmy Award for his performance.

As with other HBO productions, the cast is full of very talented actors delivering top-notch performances, including John Turturro as Nasir’s lawyer, the late great Michael K. Williams as a prisoner at Rikers Island, as well as Bill Camp and Kevin Dunn.

All eight episodes are now available on HBO Max and Sky Atlantic/NOW TV.

Originally intended as a limited series, the reception of the first season led to this show being reworked as an anthology series with every season following Bill Pullman’s Detective Harry Ambrose investigating extraordinary crimes committed by seemingly ordinary people.

The first season, which was based on Petra Hammesfahr’s 1999 novel of the same name starred Jessica Biel, and following seasons have included the likes of Carrie Coon and Tracy Letts (season two), Matt Bomer and Chris Messina (season three), and Alice Kremelberg and Michael Mosley (season four).

All four seasons of The Sinner are now streaming on Netflix.

Arguably the splashiest out of all the entries on this list and definitely the most popular, HBO’s Big Little Lies was a cultural phenomenon when it first whisked us to the beaches of Monterey in 2017. It was based on Liane Moriarty’s 2014 novel of the same name (are you noticing a pattern yet?) and adapted by super-prolific writer David E. Kelley.

The star-studded cast included film and television superstars Reese Witherspoon, Nicole Kidman, Laura Dern, Shailene Woodley, and Zoë Kravitz as five mothers who get embroiled in a murder investigation. It also features Alexander Skarsgård, Adam Scott, James Tupper, and Jeffrey Nordling as their spouses. As if that was not enough, one of the greatest actors of all time, Meryl Streep, joins the second season.

The show begins with the reveal that someone has been murdered at a school function and the next seven episodes are spent examining the lives of these women and their community as well as of course, who was murdered and who the murderer was.

The first season was directed by the late Jean-Marc Vallée and the second season by Andrea Arnold. All fourteen episodes were written by David E. Kelley.

Both seasons are now available on HBO Max and Sky Atlantic/NOW TV.

Speaking of the late great Jean-Marc Vallée, his other HBO entry on this list is 2018’s Sharp Objects; his final directorial work. This mystery drama was created by Marti Noxon – whom viewers might know for her work on Buffy the Vampire Slayer and for co-creating UnREAL. The cast is led by six-time Academy Award nominee Amy Adams and includes, amongst others, Patricia Clarkson, Chris Messina, Eliza Scanlen, and Elizabeth Perkins.

Amy Adams stars as Camille Preaker — an alcoholic crime reporter recently discharged from a psychiatric hospital after years of self-harming — who returns to her hometown to investigate the murders of two young girls and in doing so, must reckon with her rocky relationship with her critical and estranged mother.

Based on the Stephen King novel of the same name, this is the only entry on the list with a sprinkling of the supernatural. The show stars Ben Mendelsohn as a small-town police detective who has to investigate the murder of a young boy while also grieving the recent loss of his own son. However, when an apparently routine investigation takes a curious turn, he realizes that things may not all be as they seem.

Kidman and Grant play Grace and Jonathan, a married couple and parents to a son at the elite high school, Reardon School. With the sudden murder of a young mother, chaos and questions quickly arise amongst the community of parents, and simultaneously, Grace begins to realize that there are some deadly secrets Jonathan may be hiding from her.

Very much like the aforementioned Big Little Lies, Hulu and Prime Video’s Little Fires Everywhere took on addressing the nature and intricacies of motherhood. However, unlike Big Little Lies, the stories are told from the perspectives of two families from vastly different socio-economic backgrounds.

Starring Reese Witherspoon and Kerry Washington, the eight-part limited series was based on Celeste Ng’s 2017 novel of the same name and examines the love, secrets and betrayal that resulted from these two very different families intertwining.

All eight episodes are now available on Hulu and Prime Video internationally.

What do you get when you cross Lord of the Flies with Pretty Little Liars? This delightful, mysterious, and highly watchable thriller from Showtime.

In 1996, a high school female soccer team’s plane crashes in the Canadian wilderness on their way to a Championship final. The crash immediately kills some of the passengers but leaves the others with nothing but themselves to survive. Decades later, in 2021, we follow the adult version of some of these characters and realize that their secrets from the island are on the verge of being exposed. What are they hiding? What did they have to do to survive for nineteen months in the wilderness?

Featuring a talented roster of both adult and younger actresses, the cast list is led by Melanie Lynskey, Tawny Cypress, Christina Ricci, and Juliette Lewis.

Season one is now streaming on Showtime and Paramount+ internationally.

You’ve never seen Andrew Garfield this good. This limited series from Academy Award winner Dustin Lance Black is based on the nonfiction book of the same name by Jon Krakauer.

A Mormon community is drastically rocked when there is a gruesome double murder that seems to involve the Church of Jesus Christ of Latter-day Saints (LDS Church). Additionally, the revelations in the case lead to a monumental crisis of faith for the lead detective, Jeb Pyre, played by Andrew Garfield. Other members of the cast include Gil Birmingham as Jeb’s detective partner, Daisy Edgar-Jones, Wyatt Russell, Sam Worthington, and Rory Culkin, to name a few.

Like a lot of other shows on this list and like Mare of Easttown itself, while solving the murder is important, the show also brilliantly examines how the murder(s) and investigation affect the wider community.

All seven episodes are now available on Hulu and Disney+ internationally.

We believe that these 10 shows should do more than enough to scratch that Mare of Easttown itch you have, but if not, you can always go back to rewatch the brilliant season. All episodes of Mare of Easttown are now streaming on HBO Max and Sky Atlantic/NOW TV internationally.