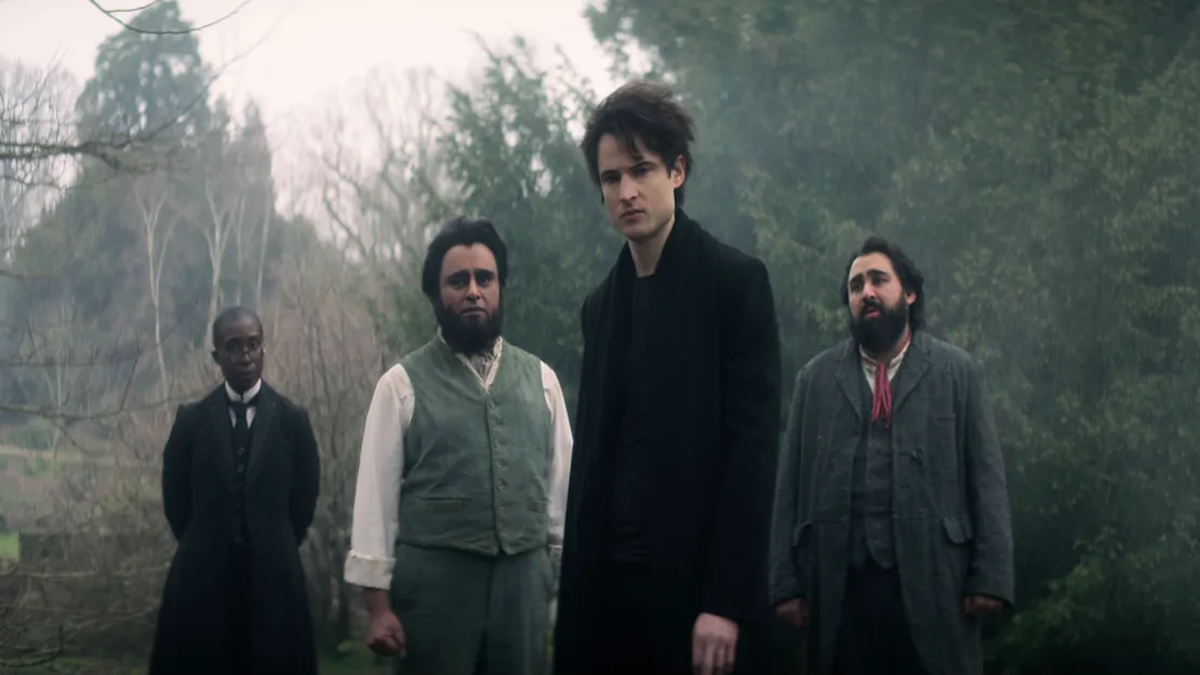 It’s barely been a week since The Sandman was released on Netflix, but the fantasy drama continues to make strides. The comic book adaptation had been stuck in development Hell for several years, but its rapid success made it worth the wait.

Starring Tom Sturridge as the protagonist, Dream, and Game of Thrones alum Gwendoline Christie as Lucifer, the drama offers a magical foray into the celestial.

If you’ve had a great time binging all 10 episodes of The Sandman, here are 10 supernatural shows to check out.

No, not the film starring Keanu Reeves, although that is also a great watch. Matt Ryan starred as the famous occult detective in this short-lived-but-appreciated series. Even though it lasted for just one 13-episode season, Ryan continued to reprise the role in the Arrowverse. The premise remains the same as the famous comic book stories. A highly skilled demon catcher and exorcist has his faith tested as he strives for balance between the physical realm and the netherworld. It’s fantastical, thrilling, and has wonderful visuals that The Sandman lovers will feel right at home with.

Led by the charming and charismatic Ricky Whittle, American Gods is certainly not for the faint hearted. The fantasy series ran for three seasons and follows an ex-convict named Shadow. He is plunged into a world where the old and new gods are in a brewing war for power and control. American Gods offers some excellent cinematography as well as some intense mystery plot lines to keep any viewer on the edge of their seat.

Henry Cavill shines in Netflix’s fantasy drama based on the popular book of the same name. Production of season three has been delayed, so that should give ample time for The Sandman fans to get acquainted. The story follows Geralt of Rivia as he hunts monsters while navigating through multiple timelines filled with nightmarish and greedy individuals. There’s also an animated original film available on the streaming platform, and a prequel miniseries is currently in production.

For a lighter, more relaxed story featuring familiar characters and elements from The Sandman, look no further than Lucifer on Netflix. After Fox cancelled the series after the third season, the streaming giant picked it up. That proved to be a brilliant decision as the show has consistently achieved high viewership numbers and ratings. Tom Ellis stars as the titular ruler of the underworld, who moves out of Hell to run a nightclub in Los Angeles. It’s also worth mentioning that Lucifer and The Sandman are both derived from Neil Gaiman’s Sandman comics, which means that Gwendolyn Christie’s version of the devil is pretty much a unique reimagining of Ellis’ Lucifer.

While viewers remain hopeful that Netflix will renew The Sandman for another season, many can gain comfort in another dark fantasy masterpiece, Supernatural. With a whopping 15 seasons and 327 episodes, it would take quite a while to exhaust this particular show. Led by Jared Padalecki and Jensen Ackles as the monster hunting Winchester Brothers, Supernatural is a fantasy television sensation has a brilliant supporting cast and guest actors.

If you were impressed with Supernatural’s 327 episodes, wait till you discover Doctor Who. The British television phenomenon has 870 episodes and counting, and it owns the record for the longest-running sci-fi show in history. Fans of The Sandman will have more than enough time to catch up with all of Doctor Who‘s otherworldly elements and unique characters. Sex Education star Ncuti Gatwa was recently announced as the newest Doctor, which is sure to bring in some new viewers to the growing franchise. It may be more science than supernatural, but The Sandman fans will enjoy the fantastical settings, character development, and the kind, brilliant protagonist that’s always worth rooting for.

For a comedic story about angels and demons, Good Omens is a hilarious series that’s undoubtedly brought to life by its talented ensemble cast fronted by Michael Sheen and David Tennant. The two actors star as representatives of Heaven and Hell, respectively. They have grown attached to their lives on Earth and must prevent the incoming Armageddon. It may not be dark or mysterious, but for those interested in stories about forces outside the earthly realm, Good Omens is not to be missed. Better still, Good Omens is based on the novel by Sandman creator Neil Gaiman and Terry Pratchett.

Based on the comic book by The Boys creator Garth Ennis, Preacher is a fun, exciting series that asks a lot of questions, making it a great watch for those interested in the supernatural. When the miserable Jesse Custer takes over his late father’s church, a supernatural occurrence bestows on him the power to command anyone to do his will. Now armed with this ability, Jesse enlists the services of his hot-tempered ex-girlfriend and a carefree vampire on a journey to find God, literally.

Netflix’s hit superhero series has resonated with critics and fans alike, becoming one of the most watched shows on the streaming platform. The premise is unique and daring and is carried by its great cast. There’s time travel, superpowers, and a killer soundtrack with moments of comic relief that give it a well-rounded and balanced feel. What’s not to love?

Another television series focuses on a lesser known comic book character, Legion offers another exciting journey into the world beyond what the mere eyes can see. Dan Stevens leads the cast as David Haller, a young man diagnosed with schizophrenia who spends his time moving from one psychiatric center to another. When he falls for fellow patient Syd, things begin to unravel. He must come to terms with the fact that his hallucinatory symptoms may be much more than they appear.