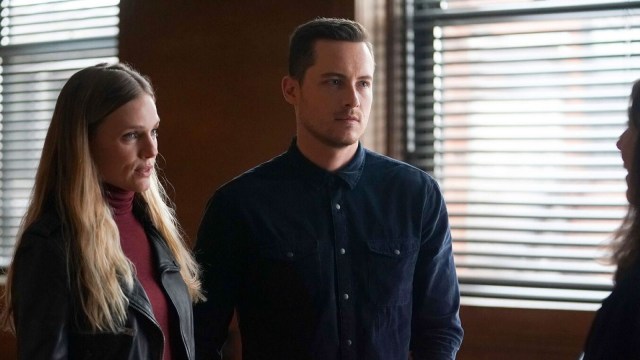 Chicago P.D. is about to lose a familiar face, with one of the series’ leading cast members calling it a day and handing in his badge after a decade.

Variety is reporting that Det. Jay Halstead actor Jesse Lee Soffer will depart the show this fall. Soffer made his debut as Halstead in the second season of Chicago Fire, has been in Chicago P.D. since the show premiered, and has repeatedly proved to be a vital member of the team for his tactical knowledge and marksmanship skills, which he used as the team’s designated sniper.

Soffer acknowledged his colleagues and fans in a statement.

“I want to thank the incredible fans for their unwavering support during the past 10 years and want to express my deepest gratitude to Dick Wolf and everyone at Wolf Entertainment, Peter Jankowski, Matt Olmstead, Derek Haas, Michael Brandt, Rick Eid, Gwen Sigan, NBC, Universal Television, my fellow castmates and our incredible crew.

“To create this hour drama week after week has been a labor of love by everyone who touches the show. I will always be proud of my time as Det. Jay Halstead.”

Right now we don’t know the manner of Soffer’s departure from the show, though fans will be distraught if his popular character bites the dust. Halstead has been a prominent part of the previous two seasons’ storylines, rising to become second-in-command in the unit and marrying Tracy Spiradakos’s Det Hailey Upton.

His role on the team may be filled by Benjamin Levi Aguilar’s Dante Torres, a rookie intelligence officer promoted from patrol, who made his debut in the season 9 finale. Over the summer we got confirmation that Torres had been promoted to season regular, perhaps indicating that behind the scenes they’ve known that Soffer was planning an exit for a while.

What Soffer does next is anyone’s guess, though having been at the very core of Chicago P.D. for so long the show will feel different without him. But, after so long playing one role, we think he’ll be happy for a chance to tackle other projects.

We should get some indication of how Halstead will depart Chicago P.D. on Wednesday, Sept. 21 when season 10 premieres on NBC.