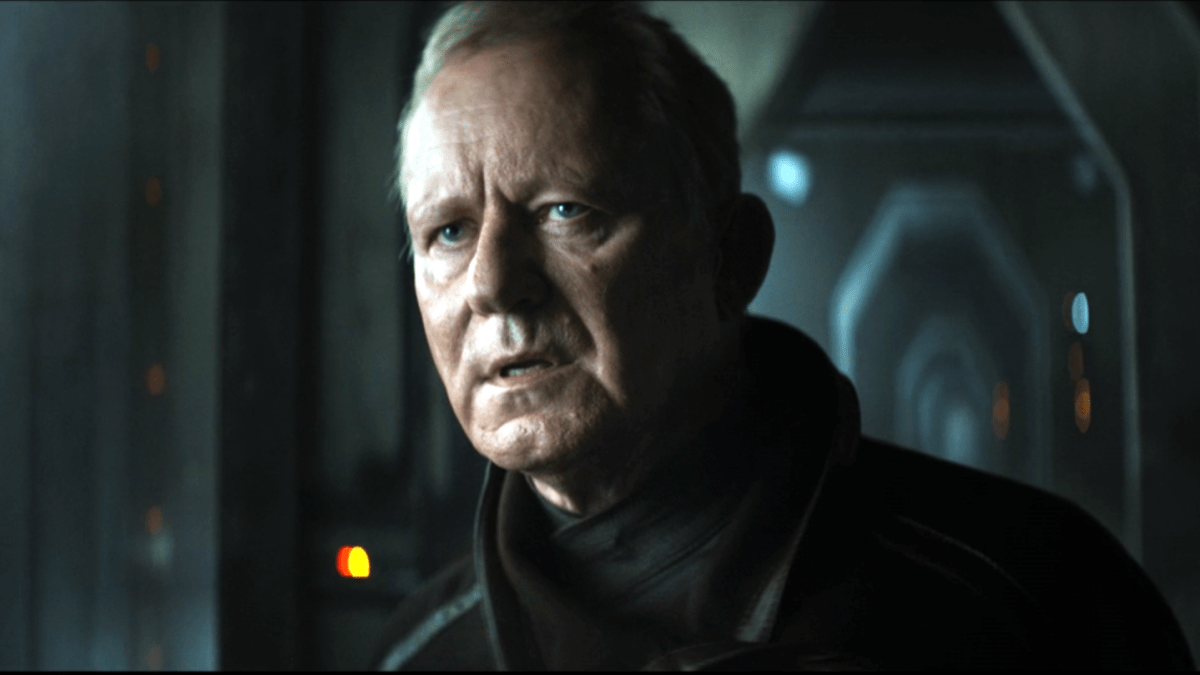 Andor‘s first season is over, and Tony Gilroy’s unique take on Star Wars is generally considered to be the best thing that’s happened to the franchise in years. The Empire has never been scarier, care and attention has been paid to every aspect of the production design, and it’s brimming with complex characters fans are desperate to know more about.

At the top of that pile is Stellan Skarsgård’s Luthen. This mysterious figure is at the heart of the early Rebellion, responsible for devising missions, gathering potential recruits, and communicating between existing cells. He’s an enigmatic figure, though many fans have picked up on various clues in the show that he may once have been linked to the Jedi Order.

Now, a fan has another fun theory, but sadly the timelines just don’t add up:

Crix Madine was a General in the Rebel Alliance that was seen onscreen in Return of the Jedi, where he formulated the attack on the Endor shield generator. Unfortunately, as quickly pointed out in the replies, Madine in Return of the Jedi is clearly younger than Stellan Skarsgård in Andor, which takes place many years before:

Others say it’s doubtful that Luthen is going to make it through Andor‘s second season. He’s nowhere to be seen in Rogue One, and if he was alive, we imagine we’d have seen him at some point in the original trilogy:

If Luthen does bite the dust, we’re betting he goes down fighting. We’ve already seen that he has the skills to take out an Imperial cruiser with his tricked-out ship. If he was taken alive, we don’t think he’d crack under torture, and he’s already factored his inevitable death into his plans by saying “I burn my life to make a sunrise I know I’ll never see.”

Before the inevitable happens, we’re desperate for answers. His ‘walking stick’ looks suspiciously like a lightsaber hilt, his speeches about morality and philosophy are Jedi as all hell, and he has a nice line in billowing cloaks. Andor doesn’t need lightsabers to tell its story, but if we saw Luthen’s back up against the wall and he ignited his long-dormant saber, we’d go weak at the knees.

Andor‘s second season is currently shooting in the U.K. and is expected to arrive in mid-2024. It’s going to be a long and painful wait for answers, but we’re confident Gilroy will deliver the goods.