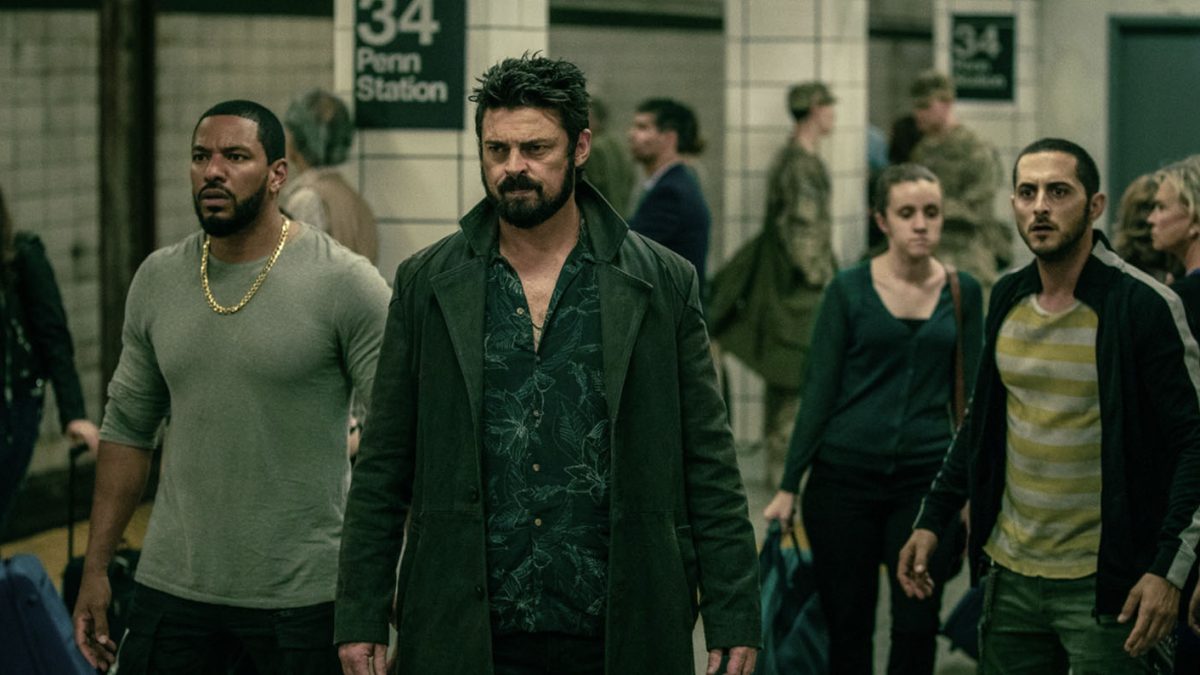 As The Boys prepares to pivot to its college spinoff Gen V – Garth Ennis’ answer to X-Men – reports have emerged that the unreleased show is already getting ready to brainstorm for its second season.

Per Deadline, series co-creator Michele Fazekas, who developed the show alongside Tara Butters, who will be take a break following the first season of Gen V, has put together a writers room for season two in anticipation for its greenlight from Amazon, who are reportedly quite happy with how the first season turned out. Given that The Boys is one of Amazon’s flagship franchises, it’s hardly a surprise that Gen V is off to such a strong start.

Starring Jaz Sinclair, Lizzie Broadway, Chance Perdomo, Maddie Phillips, and Patrick Schwarzenegger among its cast, Gen V follows the depraved shenanigans of the Vought-funded Godolkin University School of Crimefighting, where wannabe Supes participate in a series of daunting challenges to prove that they have what it takes to bear such an illustrious title. The series will also focus on the universe’s G-Men team who, as previously mentioned, are a parody of Marvel Comics’ X-Men

Also reprising their roles from The Boys in guest appearance are Jessie T. Usher as A-Train, Colby Minifie as Ashley Barrett, and P. J. Byrne as Adam Bourke.

Like The Boys, Gen V will only be loosely based on the original comic book. In fact, we’ve already seen a member of the G-Men show up in The Boys, namely Silver Kincaid, the American Hero contestant who was snubbed in favor of The Deep’s return to the Seven.