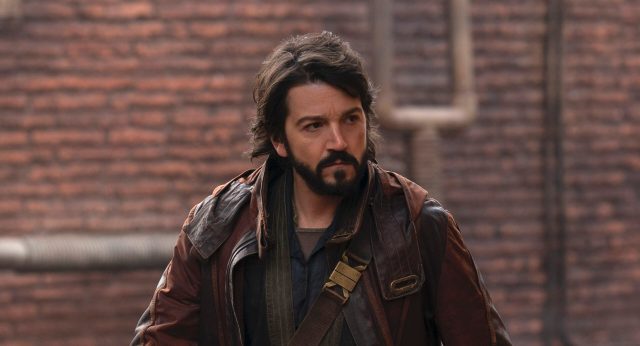 Star Wars fans may not know what they really want when it comes to more galaxy far, far away content, but it seems that Andor showrunner Tony Gilroy has understood the ambiguous assignment perfectly.

While it’s almost impossible to determine how the fanbase is going to react to the new Disney Plus series — with there always being a certain degree of jarring discrepancy between their reception and that of the media — it seems that the critics have thoroughly enjoyed their time watching the first couple of Andor episodes.

Collider gave the series a rare “A+” and noted that Andor feels like a Star Wars story developed for mature viewers, one that doesn’t “shy away” from depicting what you would otherwise consider outrageous for George Lucas’ soap opera space fantasy.

Variety also had a positive take, writing, “If we’re to get dozens of spinoffs and prequels and remakes and re-imaginings, they could do worse than to follow this Andor model, which may not be as risky as it seems.”

IGN heaped praise on Gilroy’s ambitious approach, not only giving the premiere a 9 out of 10 but also calling it a “fantastic start” to a compelling story.

The Hollywood Reporter had more mixed thoughts, though still leaning on the positive side. “Andor doesn’t instantly deliver the thrills I expect from a Star Wars show, but it’s different and that may turn out to be the best thing about it.”

Giving the premiere a “B,” IndieWire wrote: “A quarter of the way into season 1, Andor has established itself as the most deeply felt Star Wars series yet. And that’s worth holding onto.”

Overall, Andor has done a hell of a job of setting up its prospects, much like Rogue One, and our very own review by Martin Carr seems to confirm that statement. Personally, we can’t wait to get into Andor when it makes its 3-episode Disney Plus premiere tomorrow.