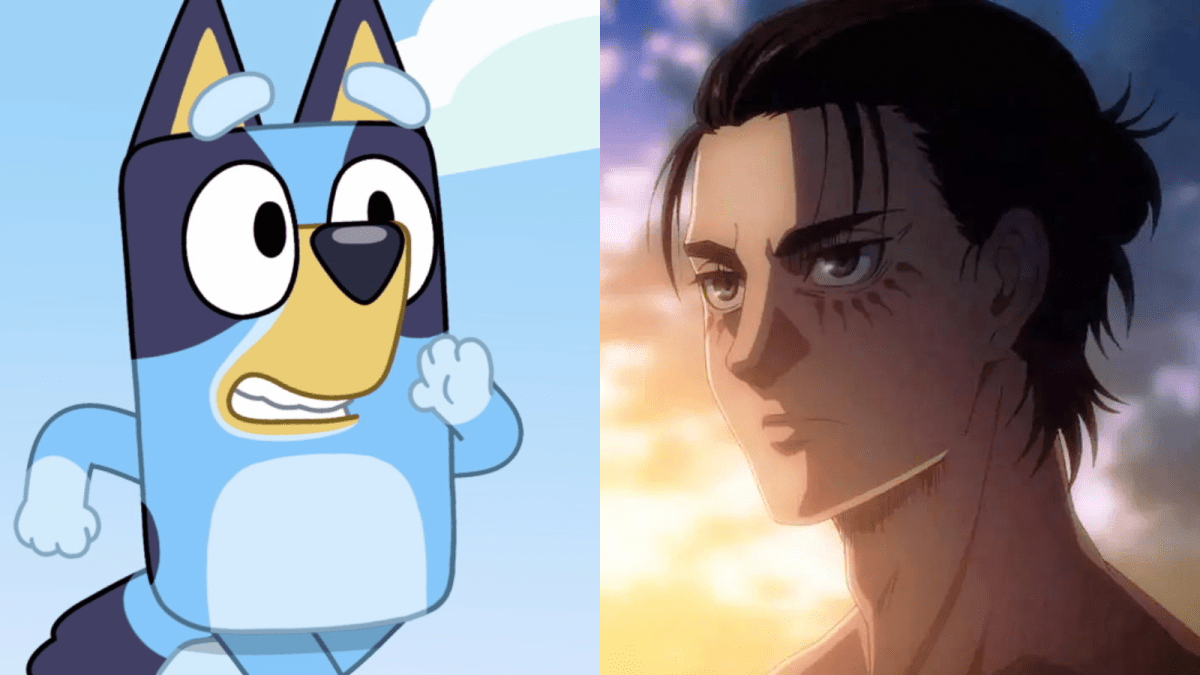 Anime fans are famously ride-or-die, but now lovers of Attack on Titan might have just taken things to a new extreme: review-bombing beloved Australian children’s program Bluey over an IMDb rating. Another day at the office.

For context, Daley Pearson, who serves as executive producer on Bluey, tweeted that the 2020 episode “Sleepytime” was the second highest rated episode of television ever on IMDb, with a rating of 10.0 stars. At the time, only Breaking Bad‘s “Ozymandias” stood ahead of it, accruing a 10.0 rating as well though somehow skewed slightly higher.

However, if you check the same IMDb listing now, things look awful different. “Sleepytime” has descended 15 spots down to #17 and has had its rating fall to 9.9.

In addition, if you check the stats breakdown for how users have voted for the episode (the number of which has increased by almost 700 since the time of the tweet), you can see that there has been an outlying uptake in people giving it one star. With the exception of the 10-star rating, this is now the most popular rating for “Sleepytime”.

But what episodes now sit between the earlier ranking of “Sleepytime” and where it sits now? Seven of them are from various anime — Attack on Titan, Code Geass, and Demon Slayer: Kimetsu no Yaiba specifically.

In fact, five of those episodes belong to Attack on Titan, including “Hero” which now sits at #2. That is 25 percent of the top 20 total.

While other series’ like Breaking Bad, Game of Thrones, and Star Wars: The Clone Wars all rank highly, the sheer presence of Attack on Titan on the list, and that the show was at one point pipped by Bluey, means that fans of the anime could have quietly banded together to bring the ranking of “Sleepytime” down as far as it did.

Whether fans of Attack on Titan are actually review-bombing is hard to say, but given the evidence and sudden change in votes, it’s fair to say that something is up.

We’ll see if Bluey fans retaliate to bring the episode back to its #2 spot, and given how many people are in Pearson’s replies sharing their love, this possible strange rivalry might be far from over.