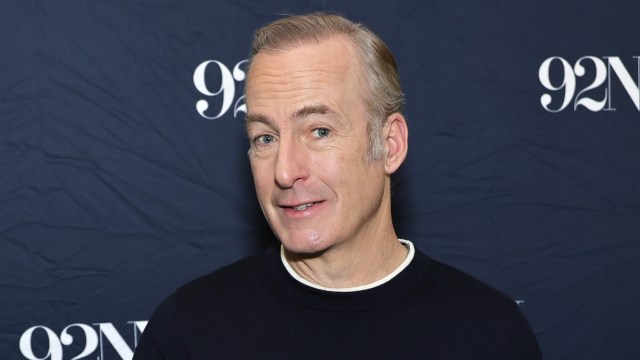 Bob Odenkirk’s brilliance was always so obvious to everyone.

The now iconic actor has been in dozens and dozens of TV shows and movies, ranging from over-the-top slapstick to regal and robust.

Starting 35 years ago as a writer and contributing actor to Saturday Night Live, a run that went from 1987 to 1991, Odenkirk’s writing chops led to many gigs on shows everyone knows — The Ben Stiller Show, Roseanne, Late Night with Conan O’Brien, and Tenacious D.

In turn, he kept getting parts that got bigger and bigger, and no matter the genre you’re into (or even decade you were born), you’ve either seen him on your screen or heard his voice behind some animation — from Futurama to Seinfeld, Weeds and How I Met Your Mother, to The Office, The Simpsons, Entourage, and so many more.

With Better Call Saul meeting its riveting end recently, it’s amazing how much of a catalogue is out there for you to get a peek into early Odenkirk in all his comedic glory, or to see the evolution of an actor and a performer who is still willing to put himself through just about anything, while still coming out on the other side beloved by all those who encounter him.

Before we get to the best of list to come, it’s also worth delving into the book he put out last year, Comedy Comedy Comedy Drama: A Memoir.

Bob’s been in a lot, a whole helluva a lot actually, so let’s stick to the 10 best movies and TV shows before we end up just making a list of his entire catalogue.

Good stuff here. Think of the black-and-white Gene scenes from Better Call Saul, and you’re in the right mindset.

He gets to act opposite friend Will Forte, and the movie definitely delivers some laughs. It might not be for everybody, as indicated by its limited run, but for devoted fans of Odenkirk, it’s worth the watch.

In the first season of Fargo, which had huge shoes to full after the Cohen Brothers successful movie by the same name, Odenkirk brought a big presence to the show and helped solidify its legacy for years to come.

This is also the role Odenkirk fills between Albuquerque stints in 2014, with Breaking Bad ending in 2013 and Better Call Saul picking up in 2015, and every scene he’s in is worth watching.

We like to think that his run as Chief Bill Oswalt set him up for even more layers of the onion to peel as Jimmy showed so much depth between every consideration and contemplation in Better Call Saul, with so much said without any words even being used.

8. How I Met Your Mother

Sure, it wasn’t a huge performance or a big role, but Odenkirk popped up in eight episodes of How I Met Your Mother as Arthur Hobbs.

Known by the crew, mostly Marshall Erikson (Jason Segel) and Barney Stinson (Neil Patrick Harris), as “Artillery Arthur,” Odenkirk gets to go deep into his bag as a skeezeball full of rage and anger. His only soft spot is his dog, as the character notoriously hates all people.

We, again, get the treat of Odenkirk showcasing his range, as he becomes a redeemable character who has experienced a lot of loss and heartbreak, and finally gets to show a soft side thanks to some comfort from Lilly Aldrin (Alyson Hannigan).

You want to see the origins of Odenkirk as a lawyer? Strap in and check out the clip above, with Odenkirk being the arbiter between friends. The amount of facial expressions he unleashes throughout this goldmine of a sketch lets you see right into how he could play Jimmy/Saul/Gene in the years to come.

Odenkirk appeared heavily in the ridiculous and ridiculously-good program, which spawned some spinoffs based on its popularity and absurdity.

It also was a platform for Odenkirk to stretch himself to some crazy limits.

When you’re in a movie with Tom Hanks and Meryl Streep and your performance draws raves, well, just read that one again. He’s a phenomenon in the perfect role. Odenkirk’s Ben Bagdikian is a great portrayal for those who haven’t seen the movie yet, those three names should get you going right away.

Plus, you might recognize another face in the movie if you’re a fan of Better Call Saul.

This show is still currently going, so it’s a great spot to tune back in to see some Odenkirk at his dramatic best. Sure, it’s animated, but it’s a realistic-style lively animation that still gives its actors and characters a chance to show depths and layers.

If you haven’t caught up or caught on to the show yet, you could sift through the two seasons in plenty of time before it resumes, as the second season just concluded this past April.

The show is streaming on Amazon Prime, but details about a season three release have not yet been unveiled.

We thought about lumping the two Albuquerque-based shows together, but upon further thought and consideration, not only are the two shows totally different in so many ways, the character(s) that Odenkirk plays are quite different as well.

In Breaking Bad, we get introduced to Saul Goodman, and we even see some of the characteristics that laid beneath the surface (and were uncovered in Better Call Saul) there, but in no way is the character he plays here as multidimensional as the one he will come to play later in the prequel-cum-sequel.

We do get to see a side of Odenkirk that had not totally and fully emerged before in Breaking Bad, though. From his ability to play sleazy, scared, confident, and controlling, the fact that his character got a spinoff series over anything else from this universe speaks to the volumes Odenkirk poured into Goodman. He fleshed out a bit character so well that it turned into a recurring one, and into a full-time one.

3. Mr. Show with Bob and David

Without Mr. Show, we might not have gotten all the intricacies that Odenkirk can now bring to any role.

Here, he got to flex his creative muscles while showing a tenacity to play the quote-unquote American idiot at times, driven by power, money, fear, and faith.

There was almost always a loathsome, yet lovable quality to the characters he wrote and portrayed.

Seriously, even though it aired in the mid ‘90s (1995-1998), the themes both Odenkirk and David Cross touched on back then are still pertinent to this day.

And wow did it dig deep in ways other sketch comedy shows dream of doing (like Odenkirk’s former gig at Saturday Night Live).

Just watch this cold open slash sketch from the first episode of season two (and just go rewatch all of the series at some point), and first off, notice how great the duo are in not breaking character and just bursting out laughing all the time, then ask yourself if anyone else could interview a tree so wonderfully.

We recently wrote about the chances for Nobody 2 to come to a theater near you someday (spoiler: the odds are good!), and with great reason — we think this movie is the beyond the cat’s pajamas, it’s the full wardrobe.

Sure, some people might tell you it lacks creativity, but we’ll have none of that.

Odenkirk, in his late 50’s, took on the challenge of becoming an action star, following his turn from comedy to drama so deftly that it’s believable in every scene he’s in.

Could you really see the dude from Mr. Show kicking this kind of ass? Would you even fathom Jimmy McGill or Saul Goodman being a bogeyman on the level of John Wick?

The opening scene alone is mesmerizing and a tour de force. The following montage that shows how dull Hutch Mansell’s life is gloriously lays the groundwork for what’s to come, with the heel turn of him getting payback in so many violent ways.

We think the sequel will be even better, with some more leeway for Odenkirk to embrace his ability to play several sides of one character masterfully, as we know so well from the next entry on this list.

The final season and by virtue, the series, just concluded this month with one of the best finales ever. There’s not much more to say here about Better Call Saul or Odenkirk’s performance that hasn’t been said in the past weeks, months, and years even, except that we’re not sure there are other actors out there who could so deftly switch from one persona to another, one timeline to another, with full believability and devotion to the character and the choices he makes.

Going from Jimmy McGill to Saul Goodman to Gene Takovic then back to Saul and finally becoming Jimmy (or James) again, with the subtle changes in demeanor, speech, even facial expressions and ticks is something to behold.

Finger guns right back at ya, Bob. Thanks for the ride, we’re ready for another spin anytime.