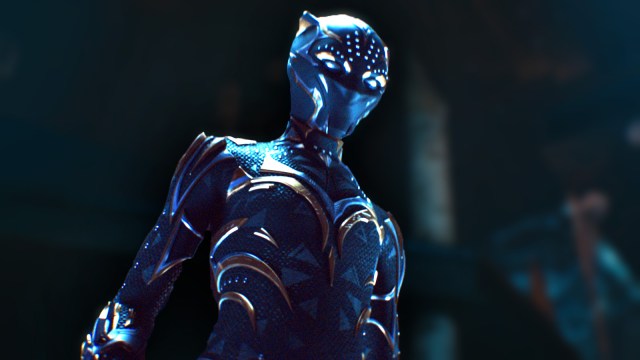 Black Panther: Wakanda Forever director Ryan Coogler says that Chadwick Boseman’s love for Shuri is what inspired him to build a story around her.

In an interview with The Hollywood Reporter, Coogler spoke about how well Boseman and Letitia Wright connected in the beginning. The late actor loved his “little sister” from the first day he met her.

“I was looking at that and I remembered the conversations Chadwick and I would have about Letitia all the way back when we were doing chemistry reads with actresses. He really responded to her. And I realized that maybe we could build a film around her character since that was his favorite character.”

Their bond was immediately made evident in the first Black Panther. Shuri is the genius behind the technology Black Panther uses to save others, and she didn’t hesitate to crack jokes at his expense. The two cared deeply for each other and the same sentiments were shared off-screen as well.

In Wakanda Forever, Shuri takes the lead role as the main protagonist the story follows. She goes through a harrowing journey of grief and her anger prevents her from moving forward with her life. She wasn’t able to save her brother and now she considers letting the world burn. The director had something to say about this as well.

“You can make the argument that either Ramonda or Shuri is the protagonist. But I knew early on that Shuri would have the biggest arc in the film.”

Ramonda had to step up in Wakanda Forever too. After the death of T’Challa, other nations believed that the country is weak and wanted access to vibranium. The queen was processing her pain, but she wasn’t too weak to defend Wakanda. She used the Dora Mila Milaje to hold onto the vibranium and put every other nation on notice at the same time.

“The challenge for the script I had written before T’Challa passed away was finding a meaty arc. With this pivot, with Shuri in there, I saw that we could do a coming-of-age story. It could be a Trojan horse in this action adventure that people won’t see coming, but it could happen before their eyes.”

This won’t be the last time we’ll see its famous characters. Producer Nate Moore teased more storylines for Black Panther characters, including Shuri, M’Baku, Okoye, Everett Ross, and Riri Williams. Riri will be seen next in the Disney Plus series Ironheart, which picks up after the events of the movie.