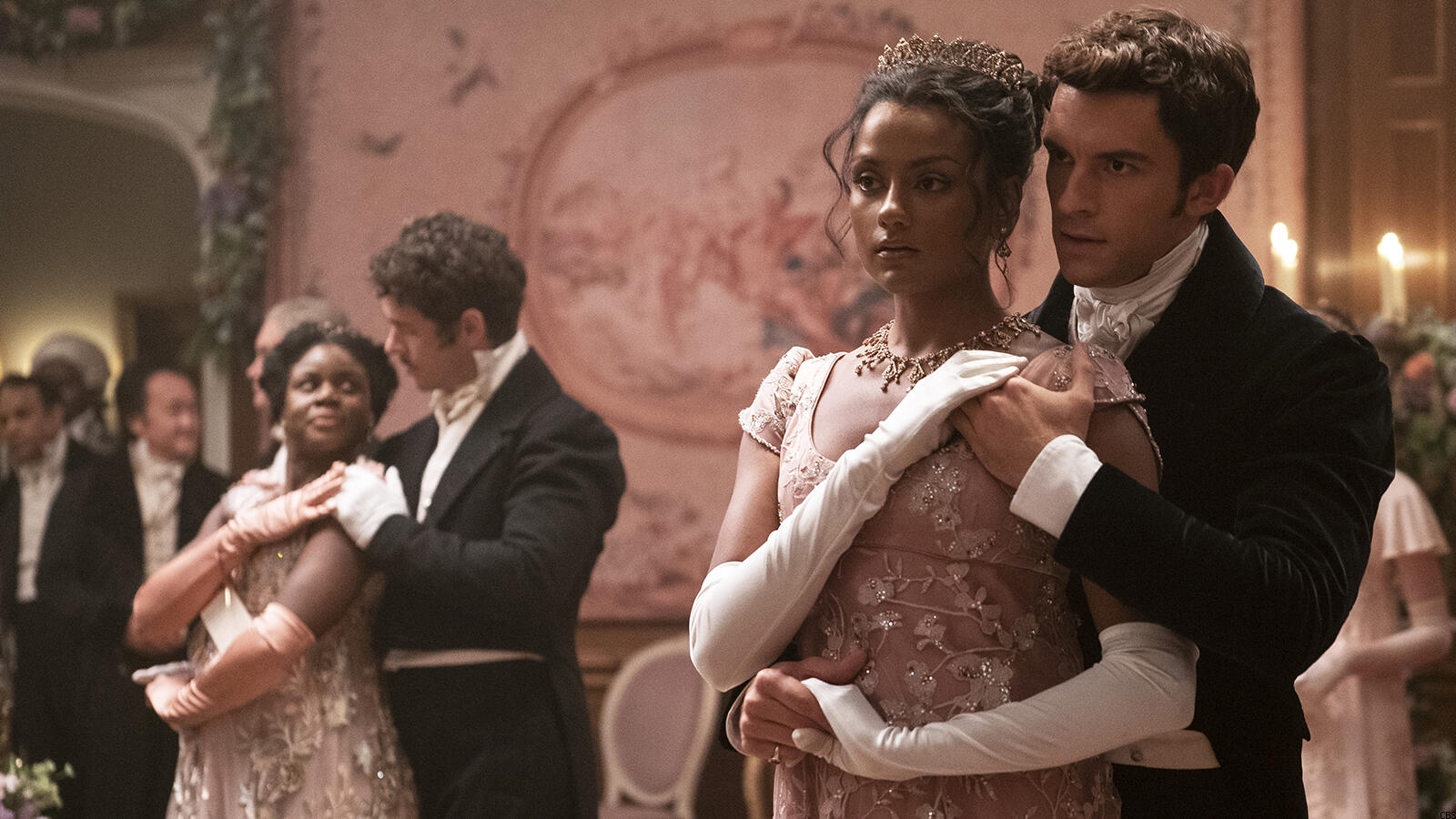 As of this Friday, we’re now just two weeks away from Bridgerton returning to our screens. It’s been a long while since the first season debuted to phenomenal international success in December 2020, but everyone’s favorite lovelorn family are back for a much-anticipated second run later this March. With Daphne (Phoebe Dynevor) and Simon’s (Regé-Jean Page) romance wrapped up, season two will instead focus on eldest sibling Anthony and his search for a Viscountess — not to mention his soul-searching, too.

One of the many things that marked Bridgerton season one out from the rest of its genre was its inspection of toxic masculinity. This major theme will apparently continue in season two as star Jonathan Bailey has teased that the new episodes will explore why Anthony’s always been a rake up until now and examine the “anxiety and self-hatred” that’s been at the root of his behavior. As he told GQ:

“The idea that [Bridgerton] is coming out again is a bit of a rug pull,” Bailey said. “It’s quite scary. What it means to be a rake, and how his anxiety and self-hatred plays into that. [In typical period dramas] you never really get behind the men, or know why they’re avoidant and toxic.”

Season one already put Anthony through the ringer, as he had his heart broken by opera singer Sienna, which led him to decide to take a pragmatic, not romantic, approach to finding a wife. Showrunner Chris Van Dusen added to GQ that we’ll see Anthony be built up again in this sophomore run.

“Going into the first season, I wanted to fully break Anthony,” Van Dusen teased. “So that we could put him back together in the second.”

And the woman responsible for putting Anthony back together again is Kate Sharma (Sex Education‘s Simone Ashley). While Anthony will initially pursue her younger sister Edwina (Charithra Chandran), his bickering and tempestuous relationship with Kate will ultimately prove to be more fulfilling, in a classic example of the enemies-to-lovers trope. Going by the trailers, Bailey and Ashley look to have great chemistry, though fans will have to decide whether they can match the steamy pairing of Dynevor and Page from season one.

Make sure not to miss the next season of Bridgerton when it makes its way to Netflix very soon on March 25.