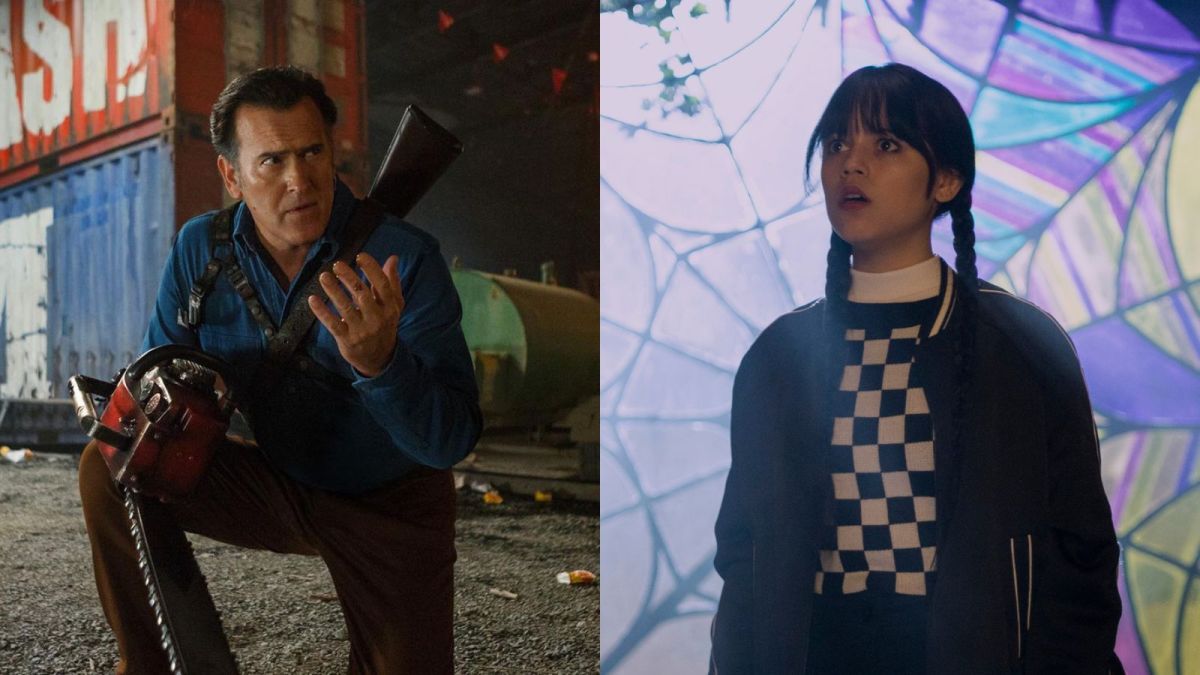 The extremely charismatic Bruce Campbell loves to live it up with the fans digitally on social media, with him giving credence tov a very popular fan theory from Wednesday.

The disembodied hand known as Thing has returned from past adaptations of The Addams Family to be used prominently in Netflix’s hit series, and it’s reminding many of a certain Bruce Campbell classic. During the events of Evil Dead II: Dead by Daylight, Campbell’s character Ash cuts his own hand off and has to affix a chainsaw to the stump where his right hand once was.

Now, which hand is it which follows Wednesday Addams around? The right hand. The theory has made its way to good old groovy Bruce himself, and he’s endorsed the thinking with a simple tweet. Can we now get Sam Raimi to sign off on this being official Evil Dead canon?

The potential crossover between the two is ridiculous, but could absolutely work. Ash’s last canonical and chronological appearance in Evil Dead lore was during Ash vs. Evil Dead. Set in the mid 2010s, it shows him as a washed-up deadite slayer. Wednesday, meanwhile, looks to be set in the modern-ish day but with no clear timeframe on when.

Tim Burton executive produced Wednesday, with his fingerprints all over the show’s aesthetic. Burton and Raimi come from a very similar school of directing which always favored doing things their own way. Auteurs at their very best, neither of them has backed down on their filmmaking principals in the last forty years.

Wednesday is currently available to stream on Netflix, while the next chapter in the Evil Dead saga is due out April 2023.