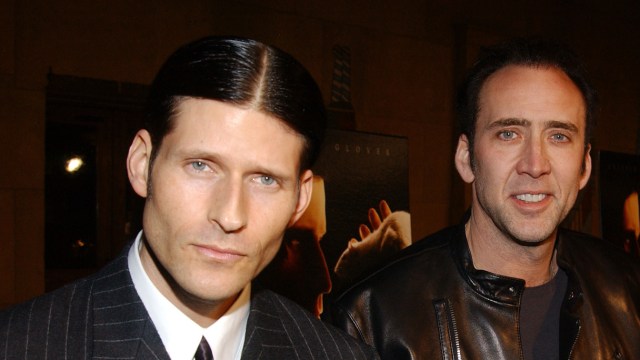 Actor Crispin Glover, who stars in the Guillermo del Toro passion horror project Cabinet of Curiosities, said he prefers a dark or bittersweet ending to a horror movie over a happy one.

The actor isn’t necessarily known for being a horror genre, but is more well-known for roles in mainstream movies like Back to the Future and Charlie’s Angels. While those movies had happy endings, he said horror movies don’t have to.

Glover said a good horror movie should make you think and have metaphors “that sometimes happen. I always thought, of course, some of the metaphors that came through in both Night of Living Dead and Dawn of the Dead fitting into that genre.”

He also appreciates “early horror like Boris Karloff as the Frankenstein Monster.” What makes those movies work is what he calls a sadness, or “pathos.”

“When there’s a pathos within the outcast, I find that quite compelling, and that can be beautifully rendered in the horror genre. So it depends what my favorite things are in terms of the ending, some of them that I just mentioned.”

Same thing with the classic Night of the Living Dead, he said, “… it had that kind of civil rights metaphor that was done really through casting, and I thought very eloquent. And then strangely, Dawn of the Dead was really a great commentary on shopping.”

It’s this sadness that makes something more compelling, he argues.

“When the castle caves in on the character that Boris Karloff plays in Frankenstein, is that a happy ending? Is it the proper ending? Or is that a sad ending? If this is a tortured character, perhaps that’s the proper bittersweet happiness that he’s not having to be tortured. So I like things that have multiple layers to them in terms of endings, whether it’s happy or sad. Bittersweet often is a nice way for something to end.”

Cabinet of Curiosities us a collection of difficult to define horror stories meant to push the envelope when it comes to horror shows. Here’s the official logline: “Bizarre nightmares unfold in eight tales of terror in this visually stunning, spine-tingling horror collection curated by Guillermo del Toro.”

Guillermo del Toro’s Cabinet of Curiosities is currently streaming on Netflix. Going to go out on a limb here and say Glover’s story probably doesn’t have a happy ending.