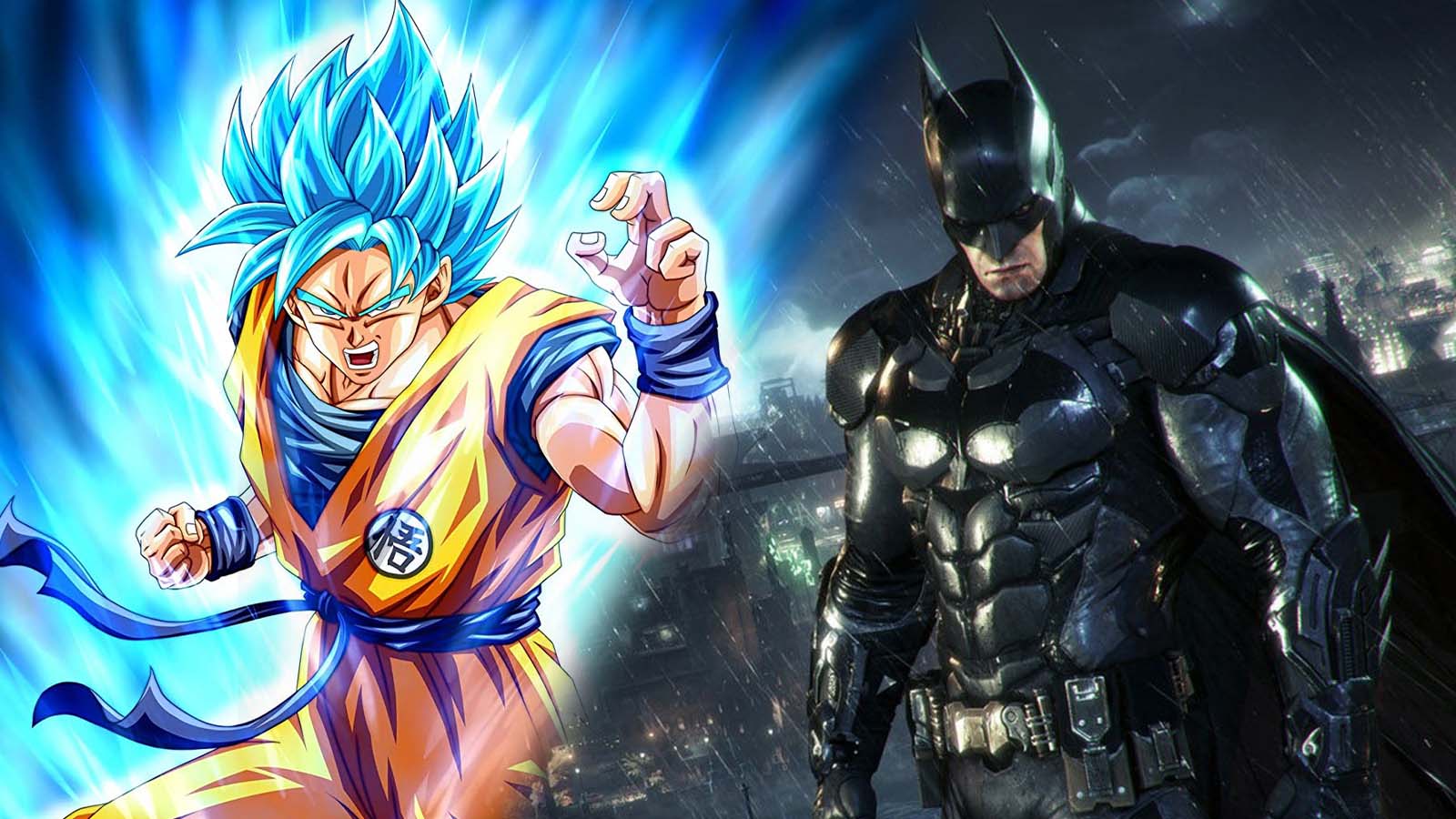 One is a billionaire who is the most superior human on his Earth. The other makes Superman look like a toddler. Who would win in a fight between Batman and Goku, or rather, does Batman have a chance at all? We are going to put the two characters against each other, looking at their history, powers, abilities, and morals to find out who will win.

Let’s start at the beginning. Bruce Wayne’s parents were killed in an alley when he was young. From there something changed in him — his innocence died. He vowed to use his parents’ wealth to make sure that nothing like that ever happened again. Training in the most advanced forms of martial arts while also studying criminals to become the World’s Greatest Detective, Bruce Wayne came back to his home of Gotham City prepared. He became the Batman, the Caped Crusader of crime, punishing criminals all over the city. He has fought crazy killer clowns, a thousand-year-old mystical swordsman, and a few gods.

Batman’s strengths come from his genius. Incredibly clever, it is rare that Bruce Wayne enters a fight unprepared. For example, in one of the best comic book fights of all time, Batman fought Superman in the graphic novel, The Dark Knight Returns. Bruce Wayne spent a significant amount of time planning his assault on Superman, forging Kryptonite weapons and defenses. He made himself a large suit of armor, designed to take some of Superman’s punches. However, even Batman could not take on the Man of Steel by himself. He was accompanied by Green Arrow and his new Robin, Carrie Kelley. Even though he did all this, Superman still got the better of him. But Batman’s aim wasn’t to kill Clark Kent — it was to prove a point, and that point was certainly made.

The most powerful character that Batman has ever fought in the comic books is arguably Darkseid and they fought in the comic Final Crisis. Darkseid is the almighty ruler of Apokolips. Batman has fought him a few times over the years and has mostly come out on top, including the time Batman broke his rule and killed Darkseid with an overpowered alien gun. Darkseid used his Omega Beams at the same time though, effectively killing Batman while Batman killed him. But Batman does not kill if the enemy he is fighting does not pose a threat.

Now that we’ve profiled the Dark Knight, let’s take a look at Goku.

Goku, birth name Kakarot, was born on the Planet Vegeta and sent to Earth in a pod, does that sound familiar? He is a part of a warrior race called the Saiyans who were sent to weak planets to take them over as children. All the Saiyans are powerful and Goku was no exception. Saiyans are also born with a tail and when they look at a full moon while they have said tail they turn into a Great Ape, a building-sized hulking mass. Once Goku arrived on Earth, he forgot all of his Saiyan programmings as he suffered some head trauma. He was raised by a martial arts master, by the name of Gohan. Unfortunately one night Goku looked at a full moon and accidentally killed the surrogate grandfather who raised him.

After his grandfather died, Goku mostly kept to himself until a girl named Bulma came to him hunt down his grandfather’s four-starred dragon ball. Once all seven dragon balls were collected, one could summon a great dragon named Shenron to grant one wish. He soon embarked on an adventure with his new friend and she soon discovered that this monkey boy was more powerful than he seemed. Goku then went on to meet a powerful martial arts master named Master Roshi and after that trained with the guardian of the planet Earth, Kami. This all built up to Goku growing into the man he was set to become and led to him defeating the demon’s son Piccolo at the World Martial Arts Tournament.

After the events of Dragon Ball came Dragon Ball Z, and it is here where Goku truly became the explosive fighter that he is famous for being. Here, Goku learned many different techniques. He learned the Kaio-ken from King Kai after Goku was killed in the fight with Raditz. During the battle against Frieza, he managed to transform into a Super Saiyan and improved upon this with forms Super Saiyan 2 and Super Saiyan 3, later on in the series, Super Saiyan 3 was extremely powerful and would only be used sparingly. Becoming a Super Saiyan increased his powers tremendously. The Super Saiyan form allowed Goku to strengthen his Kamehameha technique which he learned from Master Roshi. While Kamehameha might be Goku’s signature attack, his ultimate move is the Spirit Bomb which borrows the energy of other willing participants to combine into a giant ball of energy, which proves to be devastating to opponents.

Goku also knows the ability of instant transmission, which is the ability to teleport. Goku can also fly and is incredibly strong. Across the few series that Goku stars in, he fights a large number of enemies that are close to him in power. The amazing thing about Goku, and Saiyans in general, is that if killed or near death, when they recover they come back stronger, almost by sheer willpower. This means Goku is always getting stronger to the point where he is fighting universe enders and almighty gods instead of sparring with Piccolo and Vegeta. Speaking of sparring, that is the reason he fights, to get stronger. He hardly ever fights to kill someone, always seeing fights as opportunities to become more powerful.

Batman is one of the smartest people in the world and perhaps, the smartest person to ever battle against the Super Saiyan Goku. If the two were just to fight, with no preparation time and to their last breaths, Bruce Wayne would last for about a second. However, let’s say the Caped Crusader had time to prepare. Goku has no weakness. Sure, he could get hungry, but chances are even if Goku were to fight on an empty stomach, he would still come out without a scratch on him. Goku can travel instantaneously and isn’t reliant on technology. Even if Batman were to take the stealth route, he would be hard-pressed to even make the Saiyan bleed.

There is the topic of fusion though. If Batman were to convince a being as powerful as Goku, or at a similar power level, to fuse with him, Batman would win. The fusion Potara earrings would work much better than the normal fusion dance because there is a greater chance with the dance that if someone like Broly or Vegeta were to fuse with Batman, the resulting individual would likely be closer to Batman’s power level than anyone else. With the earrings, the power level would likely be a multiplication of the character’s power, making the resulting character more powerful than the high power character in the fusion. But this is assuming that mid-fight, Batman could somehow procure said earrings and a willing participant, which in a no-preparation scenario would be impossible.

But if it must come down to this and both Batman and Goku were to fight one another with no help, no backup, and no preparation time, Goku would beat Batman. With one punch Batman would be down for the count, Bruce Wayne would be punched so hard that it would make the time his back was broken by Bane seem like a sweet pancake breakfast. Goku is just too powerful, especially in Dragon Ball Super. Goku would not even need to have become a Super Saiyan God, a Super Saiyan, or even go to his Kaio-ken levels to defeat the Dark Knight. One well-placed instant transmission Kamehameha would disintegrate Batman, and one punch from Goku would eviscerate him.

But, importantly, both characters have a moral code that they use when fighting enemies. Both characters almost always refuse to kill their enemies, especially if those characters are good. If the characters were to fight, the chances of Goku obliterating Batman when he senses him are very slim. If anything, Batman would have to land the first blow, and even then Goku might not even let him land that punch. With that being said, if he were to hit him, Goku would probably just laugh it off, thinking Bruce was joking. Maybe a more full-frontal assault on Batman’s part would get his attention but Goku would use his ki to sense that Batman was no real threat.

Then again, even if Batman were to fight Goku while fused with someone, the chances of Bruce not killing him are incredibly high. Goku wouldn’t intend harm to the fused character and if Bruce understood that Goku was fighting defensively, which it would not take the World’s Greatest Detective to figure out, there is no way that Bruce would kill Goku.

So, therefore, even though Goku is immensely more powerful than Batman, if Batman was given the chance to prepare against him, and if the fight took place in the universe of Dragon Ball, Batman would be able to defeat Goku, but only then and most likely by fusing with another character within that world. However, when it came down to it, the two characters would not pose a threat to each other, as both characters would not intend to kill the other, Goku fighting against Batman to hone his skills, while Batman would most likely fight for his ego.

There you have it, the fight would probably not even happen at all, or at least end in a tie. However, we all know that if the characters were to fight to the death, Goku would be the one to come out breathing.